March 2 2016
59
In the Fighter Aviation Regiment, based in Primorye, the squadron Su-35 is formed, reports MIC with reference to the press service of the SBI. 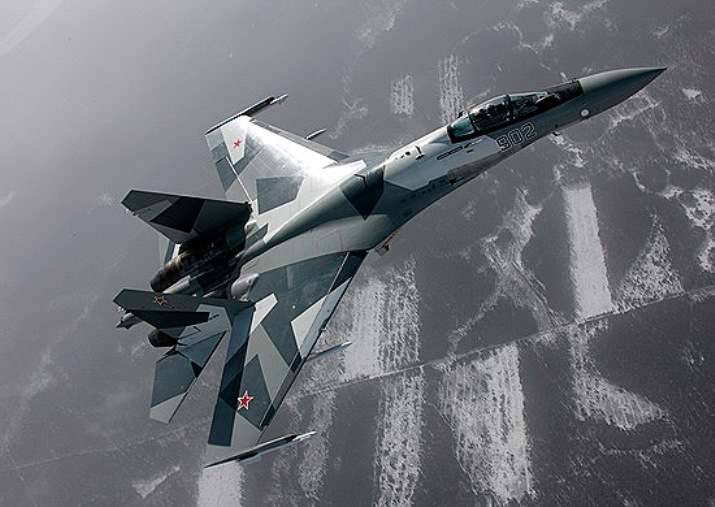 “The first two planes arrived in aviation part of Komsomolsk-on-Amur in mid-January of this year. In February, the rearmament process continued. Now the seaside pilots are armed with 11 combat vehicles of this type, ”the release says.

It is noted that "at the present time, pilots are improving their piloting skills on the Su-35С."

"In addition, the air regiment continues to rearm the upgraded MiG-31BM interceptor fighter aircraft - on the eve of 2016, the new aircraft received 3 aircraft," the district said.

Help newspaper: "Su-35 - single generation fighter" 4 ++ ", equipped with airborne radar with a phased antenna array, as well as thrust vector-controlled engines. A heavy-duty glider is expected to provide a fighter resource in 30 years. A fighter can reach speeds of up to 2,5 thousands of kilometers per hour, its flight range is 3,4 thousands of kilometers, its combat radius is about 1,6 thousands of kilometers. Su-35 is armed with a 30 caliber mm gun and has 12 suspension points for bombs and missiles. "

Ctrl Enter
Noticed oshЫbku Highlight text and press. Ctrl + Enter
We are
MiG-31BM interceptors set a new recordInnovation Day of the Southern Military District: Pictures from the Exhibition
59 comments
Information
Dear reader, to leave comments on the publication, you must to register.