March 3 2016
92
The US Secretary of State for Defense James Townsend in Stockholm didn’t waste his time. He explained to the Swedes the essence of a “threatening” and “unpredictable” Russian foreign policy. According to him, Putin is "intimidating the Baltic", and Kremlin bombers have already rehearsed a blow to Sweden. Townsend is confident that the Nordic countries are "upset." Russia official called the "tragic threat." 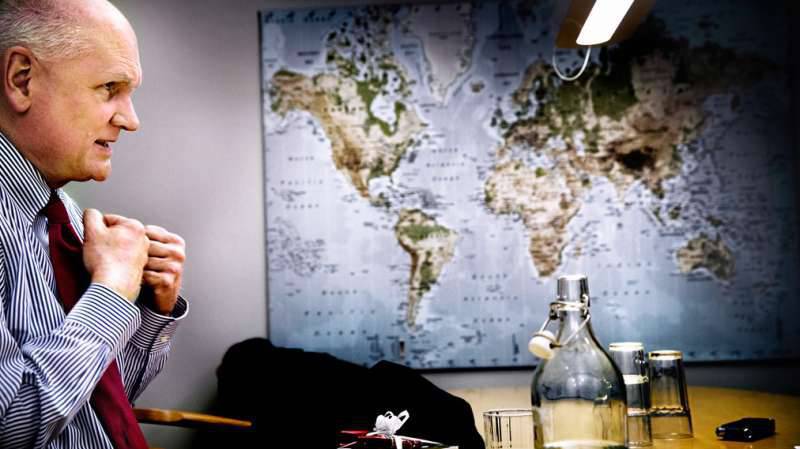 The United States regards Sweden as a “building block in the wall” against an increasingly threatening Russia, says State Secretary of the US Department of Defense James Townsend (James Townsend). He said this in an interview "Dagens Nyheter".

The visit of Townsend to Stockholm shows how quickly the Pentagon has changed the assessment of Russia's military might, the correspondent Michael Holmstrom notes. Just two and a half years ago, the American general said: "Russia is a diplomatic issue, not a military one." Now the opposite is said.

"Russia," said Townsend, "is an unfavorable, tragic threat with which we will have to live for some time."

What exactly, he did not specify.

James Townsend recalled that during the Cold War, Sweden was far from the “central front” held between the Warsaw Pact and NATO countries. However, now “another danger” is emanating from Russian President Vladimir Putin.

According to Townsend, Putin behaves unpredictably and does what American strategists previously believed to be a thing of the past. historical era. He took parts of the territories from Georgia, cut off the Crimea, entered Ukraine and advances in Syria so that "this is amazing."

According to the Pentagon officer, the center of the new Cold War is closer to the Swedes and the Baltic, than it was during the Cold War. “Putin is scaring the Balts,” said Townsend, “but we don’t know his intentions.”

The Baltic states, a military official recalled, neighbors of Sweden, and in the region “uncertainty arose” associated with “unexpected Russian exercises”. “You’ve already faced bombing attacks against you, with airplanes flying without transponders or violating airspace,” said Townsend. “All the countries of Northern Europe are upset and feel unstable,” he added. “It continues all the time, and is much more unpredictable compared to the situation of the Cold War.”

And therefore, the time has come when it is necessary to “speak with one voice”. NATO must be strong, the organization must have strong partners - Sweden and Finland. The West should make sure that Russia recognized: Europe is not a place where one can come and “insult or intimidate” local peoples. The West should act together, it needs to build a strong wall in Europe, so that Putin understands this, said Townsend.

But will Sweden overtake and will the democracies of Western Europe catch up with the rapidly rearming Russia?

A Pentagon official thinks they'll catch up. He called Sweden a “building block” in a solid wall, important in deterring the enemy.

The correspondent recalled that "they sometimes say," including in Sweden, that the United States and NATO surrounded Russia, and that this is the reason for everything.

To this, Townsend responded that NATO does not surround anyone, but “protects its allies.”

Mr Townsend responded that these statements "are simply not true."

First, NATO does not have its own nuclear weapons (“the United States has it, but not NATO”). And the allegations that NATO will deploy nuclear weapons somewhere "are not true."

Secondly, NATO "does not force anyone to do anything."

Third, Sweden is not a member of NATO.

Therefore, “NATO will not come to Sweden and will not force Sweden to do anything, and certainly it will not force it to deploy nuclear weapons,” the military official concluded.

In addition, he spoke on the likely accession of Sweden to NATO: “Sweden will decide for itself ... whether it wants to join. We will be glad to see you at the NATO table, but this is up to you. "

Recall that Moscow has repeatedly stated that the approach of the troops of the North Atlantic Alliance to the borders of Russia regards as a threat to national security.

In early February, 2016, Director of the Department of European Cooperation, Ministry of Foreign Affairs of the Russian Federation, Andrei Kelin gave an interview RIA News"in which he noted that in the 2016 year, the United States plans to increase the cost of expanding its military presence in Europe by 4.

In response, Russia will take "compensatory measures," said the Director of the Department. “Symmetrical steps are unlikely here, given the huge amount of money that American partners are now investing: they are going to invest four times more next year. A symmetrical answer is completely unnecessary for this, I am sure of it. Compensating measures to maintain a normal military-strategic equation are accepted and will be taken, ”the diplomat said.

Thus, let us add, the Russian rhetoric addressed to the United States and Europe is very mild. Too much: it seems like nothing that the “partners” are investing billions in the military “containment” of Russia, we will get along with “compensating measures”. No “symmetry”.

This is probably a carefully considered reaction to US plans in Europe, since it is extremely dangerous to provoke an arms race. On the other hand, Russia now has no money.

But who then is the “tragic threat”?

Observed and commented on Oleg Chuvakin
- especially for topwar.ru
Ctrl Enter
Noticed oshЫbku Highlight text and press. Ctrl + Enter
We are
Results of the weekResults of the week. "So it is in Turkey ... It's warm there ..."
92 comments
Information
Dear reader, to leave comments on the publication, you must to register.