March 2 2016
239
Western observers are perplexed: Russia has plunged into a deep recession, even the deepest in the last two decades, but the state has more and more gold reserves: as of February 19, the Central Bank has accumulated a foreign currency and gold by 379. Other analysts point out that the West has already come to terms with the order Putin has set in the world. Still others remind that the United States, with its shale gas, is unable to cope with the energy policy of the “Russian autocrat” in Europe. Fourth argue that Moscow is doing well in the collapse of the European Union. 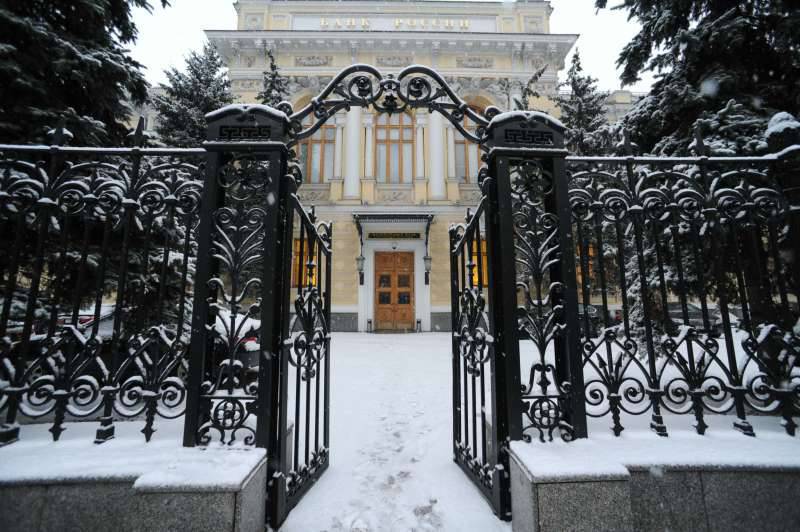 Evgenia Pismennaya and Anna Andrianova (Evgenia Pismennaya, Anna Andrianova) in "Bloobmerg" talked about the growth of gold reserves of the Central Bank of Russia. Journalists specializing in economic and financial topics are clearly surprised: there is a recession in the country, and gold reserves are growing. Russia's economy is plunging into the abyss, so why is Putin smiling? ("Why Is Putin Smiling?")

Good economic News from Russia now does not arrive. Nevertheless, a certain indicator is found that is growing in the country. According to observers, it is of utmost importance for V. Putin: these are the state’s reserves in hard currency.

The submission notes that on 19 February 2016, the Central Bank of the Russian Federation had 379 billion dollars in reserves (foreign currency + gold). Journalists were not too lazy to calculate: this amount by 29 billion exceeds the amount stored in the Central Bank in April last year. Why is compared with April? Because in that month there was a minimum of gold reserves.

A financial conclusion follows: Russia was in February 2016 the only large emerging market in positive territory.

Russia's behavior is fundamentally different from the strategies of China and Saudi Arabia. Both the first and second spend tens of billions of dollars trying to strengthen their currencies. And the Central Bank of Russia, on the contrary, refuses foreign exchange intervention.

Why? Probably taken into account the mistakes of the past. The article states that at the end of 2014, the Central Bank of the Russian Federation "spent without result" over 67 billion dollars to stabilize the ruble. And monetary policy has changed: since that time, Russia has not spent a single cent to support the ruble, journalists are sure. Moreover, since last spring, Moscow began to buy foreign currency.

Such a financial strategy, according to the authors, reflects the “Putin's turn”. A year ago, the president decided, at all costs, to save the Kremlin's foreign currency. “We will not burn reserves anymore,” Putin said after the Central Bank of Russia released the ruble in December 2014.

The authors of “Bloobmerg” believe: this kind of economic experiment speaks of Putin’s confidence that gold and currency represent the best guarantee of Russia's financial independence.

“Vladimir Putin realized the power of reserves in 2008-2009 when he survived the crisis without significant losses, thanks to them,” said Alexei Kudrin, who worked as finance minister in those years, and now constantly meets with Putin to discuss state economic policy.

“The Central Bank is ready to tolerate any volatility of the course, just not to spend reserves,” says Oleg Kuzmin, an economist at Renaissance Capital.

The publication reminds that 379 billion dollars of reserves of the Central Bank of the Russian Federation include about 99 billion of the two welfare funds. These amounts represent the growing gold reserves of Russia, as well as money invested in government dollar and eurobonds.

Former employee of the Central Bank Ekaterina Vlasova, now an economist at Citigroup Inc., notes that spending from the reserve fund does not reduce the state’s foreign reserves - "contrary to popular belief."

Putin has not only everything in order with gold and currency, that is, at home, but things are not bad in international relations, that is, abroad.

"The Wall Street Journal" acknowledged that the "new order of Putin" has taken root in international relations.

Journalist John Vinokur (John Vinocur) writes that the “traditionally tolerant” Dutch will soon (in April) vote in a nationwide “consultative” referendum on whether the European Union should be granted associate member status to Ukraine. This idea seems to be "noble", but a recent sociological poll clearly showed: the Dutch are going to give Ukraine a kick.

In essence, such an answer will express “contempt” for the European Union. Moreover, voices “against” will allow to assert that against the background of “uncontrolled military successes of Russia” and “effective methods” in a hybrid war one of the key European countries (the Netherlands) will look like a state that wants to take the road of “appeasement of Vladimir Putin” .

This is the same as the Dutch would say: “Do not irritate him!” After all, he (Putin) is capable of flooding Europe with refugees, as well as manipulating gas supplies.

With all this, Ukraine remains "undesirable" for Europe. “This is a huge irritant,” said the official Brussels correspondent.

And there are open confirmations. German Foreign Minister Frank-Walter Steinmeier and his new French colleague, Jean-Marc Herault, visited Kiev last week. According to a German press report, Herr Steinmeier told the Ukrainians that they had “no more excuses” in the area of ​​security and blocking the activities to implement the so-called Minsk plan for resolving the conflict.

Such statements mean nothing more than pushing Kiev to concessions to Moscow.

As for the Dutch, the idea of ​​voting by them, it seems, will make it clear to the international community how Ukraine has now become “abandoned”.

Analyst Keith Johnson is convinced that Washington’s energy policy has distinct geopolitical aspects. However, the current US export of natural gas does not at all mean the supply of cheap energy to allies in Europe and Asia. Washington will not relieve its partners of the gas dependence established by the “Russian autocrat Vladimir Putin”.

The first cargo of energy raw materials, placed by the Americans on the tanker Asia Vision, does not go to Europe, but to the shores of Brazil. And it becomes clear that the exporter of America did not become a “geopolitical tool” that the White House could use in the same way as its states like Russia use. The fact is that American manufacturing companies will not become an “automatically” element of the strategy of Washington politicians. These companies are not in politics, but in business; they will sell gas to those who pay the most. And that's all.

In addition, the shortage of terminals hinders the export of liquefied gas to Europe: the main number of them is located in Western Europe, but what about Lithuania, Ukraine, Hungary, Bulgaria? All these states, the author believes, are “in the grip of energy dependence on Russia”.

Strictly speaking, is it worth it for an American to worry about Europe? After all, Moscow is successfully implementing a strategy for the collapse of the European Union. About this writes in the newspaper «Die Zeit» Florian Gasser.

From a Vienna interview with political scientist Andreas Maurer (Andreas Maurer) it becomes clear: Austria is not at all an exemplary “partner” of Germany, and this is especially true of the migration crisis.

Political analyst Andreas Maurer assures correspondent Florian Gasser that Austria does not blindly follow the policies of Berlin. The fact that the country was faced with an influx of refugees is linked, among other things, with the power game of Turkey and Russia. According to the expert, the Kremlin understands that with each bombing of Aleppo, a “new wave of refugees” is created. Thus, Russia successfully "divides the ranks of the European Union." The European Union, according to the political scientist, is “punished” for its unilateral policy towards Ukraine.

And Austria is one of those countries that do not oppose the "power policy of Russia."

Whatever the Western edition, the dismay of analysts and experts from the “one-sided” policies of their own and supranational authorities (in the EU) is showing up everywhere. Facts, eloquently speaking about Putin's advancement on all fronts, including the domestic one, where the president is supposed to have ordered the accumulation of gold and dollars, plunges columnists of major American and European publications into a gray longing-sadness.

The European Union is “punished”, “disunited”, local people are ready to oppose association with Ukraine (the Dutch are likely to speak first), Austria kicks at refugees and does not listen to Germany, and US companies are not going to provide Eastern Europe with liquefied gas: they intend to sell gas to those who "pay more." Such apoliticalness greatly upsets other journalists. From what? Did the correspondents really hope that the American fat cats-capitalists would show political solidarity with Mr. sitting in the White House, tighten their belts and give Gazka up to fraternal peoples, Lithuanians and Bulgarians, moaning under Putin’s oppression, at half price, or even completely free of charge?

No need to hope. Hope is a disease, "affect"; Comrade Spinoza wrote about this.

Ctrl Enter
Noticed oshЫbku Highlight text and press. Ctrl + Enter
We are
Results of the week. "So it is in Turkey ... It's warm there ..."Projection of force
239 comments
Information
Dear reader, to leave comments on the publication, you must to register.