The lifting of economic sanctions has allowed Tehran to defrost about 40 billions of dollars in foreign banks. Of these, eight billion are planned to be spent on the purchase of modern weapons and military equipment. What are the chances of Russia?

The influence of the Islamic Republic of Iran is growing. The country's active involvement in the turbulent processes of reorganization of the Near and Middle East determines the prospects for the stabilization of this important region and its future geopolitical configuration. Iran is actively involved in the armed struggle, albeit unofficially, through advisers and volunteers. Taking into account the formation of a new system of relations in the region, it is interesting to assess the country's military capabilities. Iran has the second largest economic potential after Turkey in the Middle East and the Islamic world. And in terms of technology is one of the most developed countries in the region. At the same time, it occupies an extremely advantageous geopolitical position in Eurasia and has huge hydrocarbon reserves.

Iran seems to be the most promising weapons market for our country. That is why any hasty or ill-conceived decisions can only do much harm. It is not surprising that the military-political leadership of Russia strengthens relations with an important ally consistently, without any pressure. As evidenced by recent official contacts.

“China even in the conditions of sanctions continued to cooperate with Iran, including in the military-technical field”
In February, Brigadier General Hossein Dehgan, the Minister of Defense and Support of Iranian Armed Forces, visited Moscow. During the official visit, he met with President Vladimir Putin, his assistant for military-technical cooperation Vladimir Kozhin, his colleague General of the Army Sergei Shoigu and the curator of the Russian defense industry, Vice Prime Minister Dmitry Rogozin. Sergey Shoigu visited 21 in February in Tehran. The head of the Russian military department was received by President Hassan Rouhani, his Iranian counterpart, and other members of the government.

It is clear that this was not just an exchange of courtesies, but a purely business conversation with a discussion of issues significant for both countries. Suffice it to say that the ministers of defense were accepted by the presidents. One of the main areas of negotiations was the implementation of the intergovernmental agreement on military cooperation, signed in January 2015.

Since 1592, the establishment of bilateral relations, Iran has been an important political and trading partner for Russia. For example, in 1913, it accounted for 3,8 percent of Russian exports and 3,3 percent of imports. 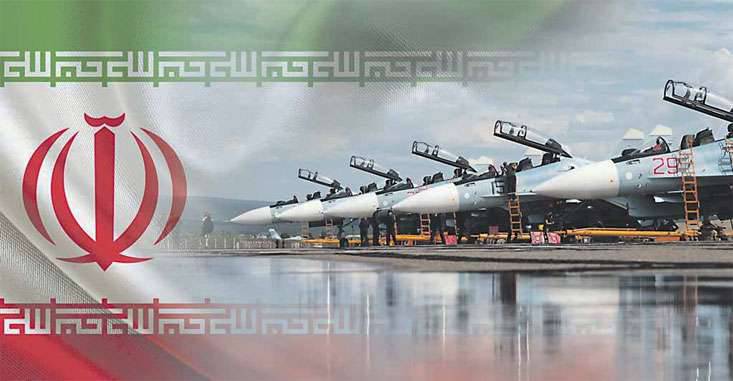 The current Iran is the largest state in the Near and Middle East, the territory is more than two times larger than Turkey. Of the 5580 kilometers of the border, a third falls on the coastline, which is washed by the waters of the Caspian Sea, the Hormuz and Persian Gulfs. The geopolitical position predetermined the connection of our countries, whose relations were not at all a level road with two-way traffic.

Today, after a lull, there is a rapid growth of positive trends in Russian-Iranian relations. The main reason for this is the commonality of external threats and interests. With growing regional instability, Russia and Iran are seen by some major players as major targets. A year ago, our political community and officials openly declared that it was impossible to ensure national security in the southern direction without close cooperation with Tehran. This axiom was confirmed by subsequent joint actions that stopped criminal activities of the IG banned in Russia. It was the successes of our countries, and not the Western coalition, that put a barrier in the path of the militants and became the basis for a possible truce in Syria.

We are also brought closer by a common position towards the United States, on the initiative of which international sanctions were imposed on Iran, which operated on the 32 of the year, as well as on Russia. Instead of the desired result for the West, these measures have become a unifying factor in the desire of Tehran and Moscow to overcome the negative consequences of restrictions. It is worth mentioning the similarity of the Russian concept of a multipolar world with the Iranian doctrine of the dialogue of civilizations.

Military-technical cooperation has always occupied a special place in Iranian-Russian relations. New challenges require not just its gain, but also the integration of Tehran into the CSTO programs.

The Iranian army is well equipped and trained - to such an extent that any plans for a forceful invasion of its territory are now almost doomed to failure. Nevertheless, the current state of armaments and military equipment, with few exceptions, leaves much to be desired. Modernization will resist aggression with minimal losses. This applies primarily to combat aviation, 80 percent of which is technically malfunctioning and in need of major repairs, and about 20 percent of aircraft are sky-ready.

The situation is no better in the ship composition of the Iranian Navy, where almost all samples of outdated projects are built in the USA and the UK. Today, their combat readiness does not exceed 60 percent due to the lack of spare parts. Of the three Russian-made Varshavyanka-type submarines, two are in need of average repairs and overhauls. 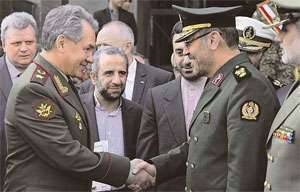 The main reason for this state of weapons and military equipment is long-term international sanctions. Today, equipment that was delivered to the end of the 70-s is to be replaced and upgraded. Subsequently, the ability of Iran to upgrade existing capacity was extremely limited. The self-reliance was not fully justified.

In the foreseeable future, the main efforts of the military-political leadership of the Islamic Republic of Iran to equip the national armed forces with the necessary military equipment, I think, will be focused on the modernization of existing ones and the development of their own models based on copying foreign ones. The start of large-scale production of modern weapons is unlikely due to the insufficiency or absence of the necessary industrial base.

Nevertheless, in difficult financial and economic conditions, Iran has created a number of systems in some critical areas. The country produces BMPs, Tanks, Self-propelled guns, MLRS, ATGMs, developing missile weapons, including long-range ones. In Iran, there is a certain reserve for the creation and serial production of modern designs. However, this is possible only with the provision of military-technical assistance from an industrially developed country.

Such a partner for Iran is Russia. Committed to Israel and other potential opponents of the Islamic Republic of the United States and their allies, the readiness for such cooperation at the official level has not yet shown. The fact that the countries following this path later paid for it with blood and instability does not contribute to the choice in their favor.

In addition, most of the Soviet-made weapons and equipment of Iran and its full replacement with the transition to Western standards, and this will certainly be a prerequisite, the country will not pull. In case of consent, the IRI will fall into the eternal weapon bondage, from which it will not get out. All this significantly increases Russia's chances of taking dominant positions in the Iranian arms market. The high likelihood of an option in our favor is confirmed by the repeatedly expressed wishes of the Iranian leadership, the same Hossein Dehgan, about the revival of effective mutually beneficial military-technical cooperation.

Plus a code of honor

Specifics - in a document that has already been submitted to Moscow and is being studied by experts. Analysts believe that we can talk about a package of contracts worth at least eight billion dollars.

Experts believe that among the priority applications are Su-30CM type fighters and training Yak-130 fighters, Mi-8 and Mi-17 helicopters. On the maritime subject, Iran may be interested in the coastal mobile missile system "Bastion" with anti-ship missiles "Yakhont", surface ships and diesel-electric submarines.

There is no doubt in Tehran’s desire to significantly update the fleet of various air defense systems, as well as to implement the contract for C-300, which was previously concluded with Russia, but failed. Along with this, there is a high probability of receiving an offer from Iran to upgrade the Soviet long-range air defense system C-200, C-75 and Kvadrat complexes, as well as radar reconnaissance and control facilities.

The spectrum of Iran's requests is very large. However, it is necessary to reckon with economic realities. Tehran can make suggestions, some of which will have to be actually implemented in debt. This will undoubtedly require painstaking and thorough negotiations already underway.

What is Russia ready to offer? Of these names - in principle, everything. Among the previously unnamed samples can be airborne A-10 aircraft and military transport, helicopters for various purposes, rocket boats equipped with "Gauges". We can not exclude the T-90 tanks with modern means of active protection, anti-tank ground and air-based.

Of course, Russia today is not in a position to, as it used to be, to supply weapons to friendly countries, giving them multimillion-dollar loans, which subsequently were not paid. Tradeoffs must be found. One of these ways is the localization of the production of individual types of weapons and military equipment, as well as the creation of a network of service centers for the repair and modernization of existing equipment in Iran.

Another prerequisite for Russia should be the strict implementation of the commitments made without politicization and artificial delay. Sad experience with the contract for C-300 should not be repeated. In addition, one should constantly remember those who breathe in our backs and wish to conclude such deals. And Iran can use this opportunity when easing sanctions, turning to China and other competitors of Russia in the arms business with similar proposals. There is no doubt that they will not miss their chance. China, even under sanctions, continued to cooperate with Iran, including in the military field.

Tenders may be announced for the delivery of individual samples. But in this case, Russia should participate. We have developments that, with joint financial support, can be brought to mind and not be inferior in their capabilities to their Western counterparts. A vivid example is the creation of a multi-purpose Russian-Indian cruise missile "BrahMos" with high export potential.

Today, Iran is the last large weapons market. Opportunities for the further growth of our exports at the expense of traditional partners - India, Algeria, China, Vietnam are reaching the limit. The prospects for military-technical cooperation with neighboring Iraq are far from unequivocal.

And the main thing: if we don’t substitute Iran’s leverage, as previously, for various reasons, we did not support Iraq, Libya and Yugoslavia in a timely manner, we can ourselves be in a position where the real enemy will threaten our borders.

Ctrl Enter
Noticed oshЫbku Highlight text and press. Ctrl + Enter
We are
Why rebuild repsEmirati gates of the Russian "defense"
62 comments
Information
Dear reader, to leave comments on the publication, you must to register.