March 3 2016
49
Many people admire the popular Star Wars series, arguing their admiration for the fact that in the film you can show the struggle of completely different civilizations, intergalactic battles and other imaginary tinsel of near-science fiction. But in our small and native Earth all conflicts occur between more or less similar armies. And indeed, in many respects this thesis has the right to exist. Now, after the collapse of the colonial empires, almost all conflicts have been reduced to confrontation between neighboring states, the differences between which can be found only if you look very well.


Even the crisis in the Donbass is not a classic example of ideological opposition. It is rather a civil conflict, the causes of which are differences of the parties in the understanding of the political and historical vector of the Ukrainian movement. If you slightly retouch these contradictions, then between the warring parties instantly come peace and friendship, pre-glued chewing gum.

Of course, it can be noted and the military operations of the NATO countries (and more recently, the RF AF) in the countries of the Middle East. There, the differences between the opponents are colossal. And in the cultural and religious, and even in all sorts of different ways. But is it worth discussing the geopolitical ambitions of the world superpowers, who decided to start a mediated war among themselves, using various Middle Eastern forces as puppets, who don’t feed them with bread, but let them shake weapons? Everybody knows about the ongoing wars in the Middle East, and once again raising this razed topic is completely inappropriate.

But few know about another conflict, in the roots of which are indelible ideological, ideological, cultural contradictions. This is a conflict of different religions, different races, in the end, different continents. The warring parties have a completely different attitude to almost all life issues.

This is the struggle of the people of Papua New Guinea for liberation from the Indonesian occupation. The fight, doomed to defeat for the banal reason for the overwhelming superiority of official Jakarta in the military-technical respect. 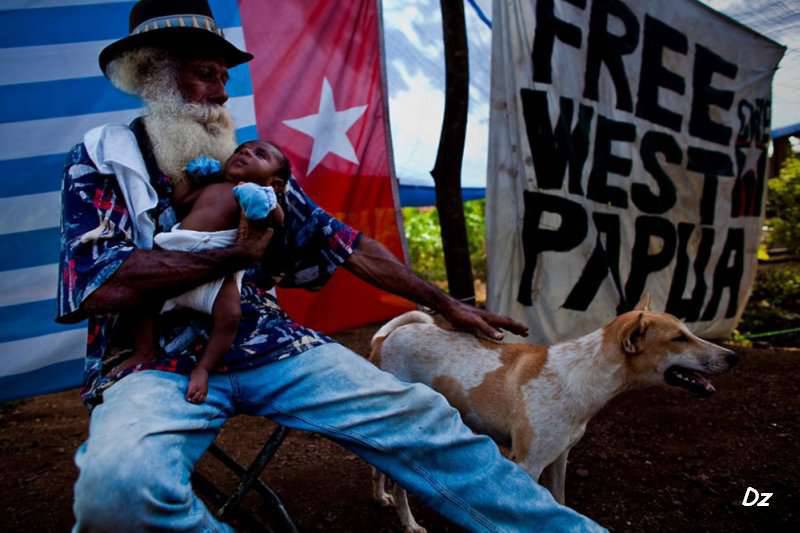 It all started back in those distant times, when European countries imagined themselves to be masters of the world and divided the entire globe into spheres of influence, making all countries unable to repulse Europeans adequately with their colonies. But, as you know, there will not be enough colonies for all of them, and therefore the Western European countries have launched a fierce struggle among themselves for the right to own a particular territory.

The most successful in this dispute were the British, the French, and the Spaniards and the Portuguese. The most tidbits got them. The rest had to colonize at least something. In particular, the Netherlands made its possessions a vast territory in Southeast Asia, including the islands of Indonesia, and the western part of the island of Papua - New Guinea.

And when after the Second World War, the colonial empires began to disintegrate, the Indonesians showed unheard-of arrogance and not only gained independence from Amsterdam, but also demanded ownership of the above-mentioned Papuan territory. Everybody was against such a deal. Both the Dutch and the people of West Papua themselves. But the fact remains that in May 1963, the control over the western part of the island was completely transferred to Indonesia by a UN decision.

The local authorities called the newly acquired territory a province of West Irian, and on this история could be completed if it were not for one “but”. 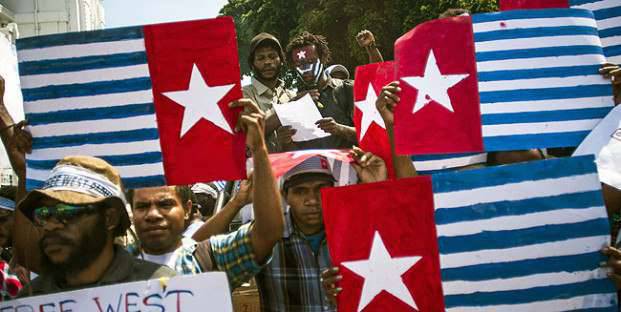 Well, there is no Papuan and Melanesian nationalities inhabiting Papua - New Guinea, nothing to do with the Indonesian invaders. Nothing from the word "absolutely." Indonesians are the most typical Asians with their frantic patriarchy, with their devil-may-care attitude to human life, with their derogatory attitudes towards women, with their fanatical understanding of the norms of Islam and with other age-old Asian flaws.

And the population of West Papua - these are typical inhabitants of Oceania, with all the consequences. I’m not going to idealize the social life of the Papuans at all (like any nation, there are problematic moments, in particularly difficult cases involving cannibalism), but on the whole, the life of the Papuans seems much more humane.

Therefore, there is nothing surprising in the attempts of the people of West Papua to find freedom.

Since 1965, the Papuan guerrillas have been waging a national liberation war to create their own statehood. And merging with the eastern part of the island, which in the 1975 year gained independence from Australia and currently lives in complete harmony with the former metropolis, receiving free humanitarian aid from Canberra for the development of the tourism sector and other sectors of the economy.

But, as already reported, the Papuans do not have a single chance in the fight against a well-armed and trained Indonesian army. Moreover, the Indonesian army is not only well armed, but also determined to fight the rebels, regardless of the consequences. Often there were times when the All-Russian Air Force bombed the territory of West Papua with heavy artillery and aviation. And these bombings led to mass casualties among the civilian population. In total, at least one hundred thousand people died from the beginning of the conflict. 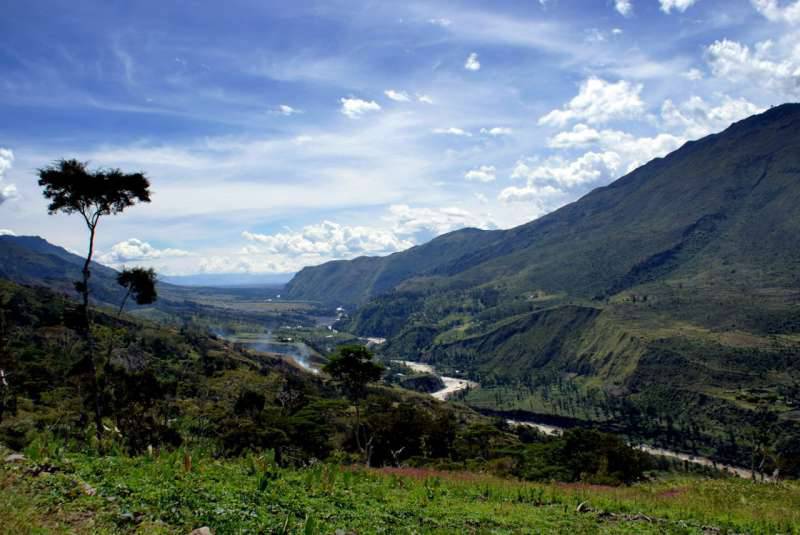 You will ask: why does the “democratic” world community not interfere in this tragedy? Why only people interested in history know about this ideological war? The answer is quite simple: West Papua is extremely rich in natural resources and minerals. Indonesians quietly trade with the whole world wood, copper, ore, exported from the occupied territories. And if the people of Papua gained independence, it is far from a fact that they allowed them to squander their natural heritage in this way. That is why any punitive operations of Indonesians are ignored. 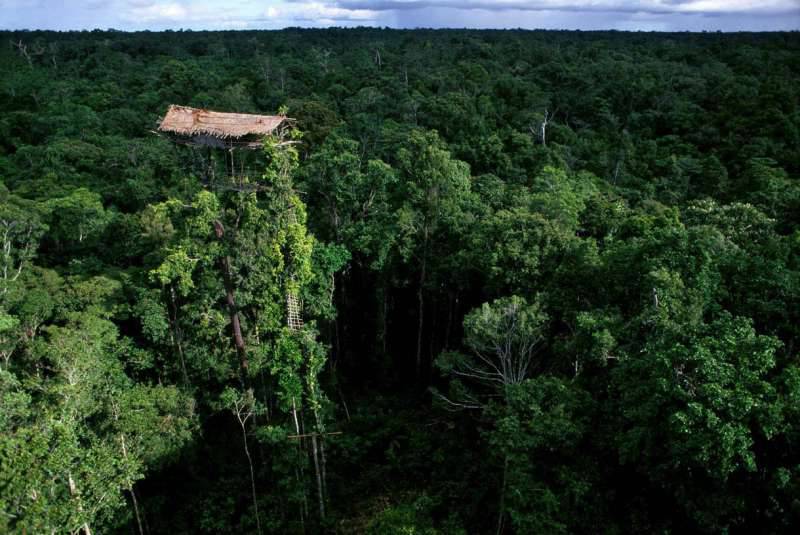 Fix the situation is almost impossible. To do this, the whole world needs to pay attention to the conflict of civilizations that takes place on a distant Pacific island. And I did not look for these conflicts in Star Wars.

Ctrl Enter
Noticed oshЫbku Highlight text and press. Ctrl + Enter
We are
Armed Oceania: are there Pacific Islands armies?Free Papua: how the Papuans are trying to save their world and win independence
49 comments
Information
Dear reader, to leave comments on the publication, you must to register.