March 2 2016
57
States on the eve decided to present a gift for the 60 anniversary of the main "Komsomol" of the Baltic States - Dalia Grybauskaite, listed as president of Lithuania. To begin with, on behalf of the American ambassador, Mrs. Grybauskaite was honored with the best wishes as a person who made her way from “a modest student to a fighter for democracy and a strong-willed president”. After that, American “experts” were put into action, who were allowed to focus solely on the praise of modern Lithuania and the description of the significance of this “mighty” state.


One of the analysts who decided to please 60-year-old Dahl, was the president of the so-called Jamestown Foundation Glen Howard. The Howard Foundation is known for positioning itself as an NPO, conducting an analysis of political trends in those countries that “the US is important”, but (from the material of the foundation itself) “can deal with restrictions on access to such information”. In other words, the state of affairs in Lithuania and with Lithuania was decided to share by a person whose structure is intended, as it were, at the civil level to engage in some kind of alternative activity for collecting certain kind of data. That is, Lithuania is important, but still she is not trusted by 100%. This is for the "red" gave the signal ...

As additional information about the Jamestown Foundation, one can say that he tried to take an active interest in Russian domestic politics. Thus, in 2007, Mr. Howard’s Foundation held a seminar entitled “The Future of Ingushetia” in which, as interested individuals, he invited (attention!) Fighters who fought against the Russian federal authorities in Aslan Maskhadov’s groups. About what, interestingly, the future of Ingushetia was thought by representatives of American NGOs with terrorists ...

However, it is time to return to what comments the head of the Jamestown Foundation gave in relation to the State of Lithuania. According to Glen Howard, who are cited by the Lithuanian portal DelphiEastern Europe is already experiencing what is called a "hybrid war." Howard says that one of the episodes of such a war "was all seen when Putin sent" green men "to the Crimea. According to Mr. Howard, this is “similar” to Hitler’s blitzkrieg, which he tried to implement more than 70 years ago ... Apparently, such comparisons for American “specialists” are one of the manifestations of the next stage of the anti-Russian syndrome.

From the statement of the head of the American NGO:
In 1939, in Poland, the Germans (...) changed the concept of war and used the concept of blitzkrieg - blitzkrieg. In February, 2014, Vladimir Putin occupied the Crimea, using the tactics of "green men", which we now call the hybrid war. A few months later, the same was used in eastern Ukraine, and this showed that military tactics and strategy could change the face of war in Europe. Therefore, policy makers in the United States and in the Baltic countries are required to understand military strategy, as this affects co-operation and planning for the allies. 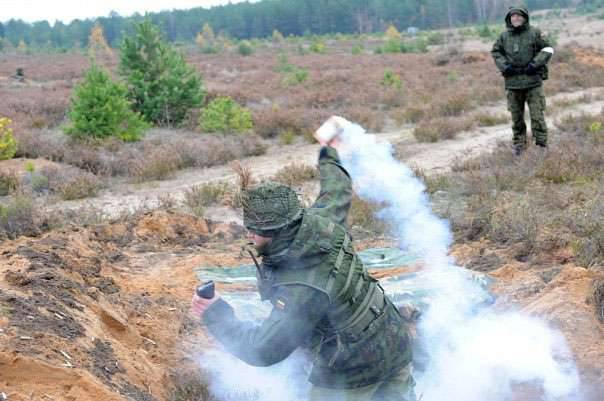 Further, the American "expert" says that Lithuania is the most important outpost of NATO in the east from the point of view that it is thanks to Lithuania that "it is possible to stop the Russian aggression." Apparently, reading these statements by Howard, the cheeks of Dali Grybauskaite celebrating her 60 anniversary, tears of emotion flowed and a feeling of Lithuanian significance grew.

Howard continued, saying that Lithuanian "uniqueness" (almost "exclusivity") is that this Baltic state borders on the Russian Kaliningrad region. According to the American “expert,” Russia is using a powerful military grouping in the Kaliningrad region (he calls it “Russian Gibraltar”) and (attention!) “A small depth of the Baltic Sea.” Howard is sure that Russia is “trying to restrain” NATO’s truly democratic urges to defend the “peoples of the Baltic states” using the “shallow depth of the Baltic”. They say that under other conditions, the US would have pulled up their aircraft carriers and would have “zhahnuli”, but for aircraft carriers, you know, it is rather small. And this is all, of course, because of Putin ...

With such a logic, Mr. Howard had to speak about the need to write out in the Baltic States several “pidrozdilov” “relic ukrov” who, on the basis of the genetic memory of digging the Black Sea, would deepen with shovels and the Baltic ... - for the unhindered passage of the same American aircraft carriers.

However, Mr. Howard did not mention the “relic ukrah”, but announced that today the main purpose of Lithuania in NATO is the possibility of “deterring the Kaliningrad group of Russian troops”, as well as countermeasures “against attempts to carry out an invasion by Belarus.”
Howard:
According to estimates of Pentagon specialists, the United States will need about 72 hours to deliver the 82 amphibious division. Another way is to activate NATO's particularly rapid response forces.

In other words, the Lithuanian led by the “commander” Grybauskaite, the American non-profit organization proposes to “hold on” for three days until “their own” arrive. With the forces of one and a half thousand recruits “the invasion of Russia” is not stopped, and therefore, according to Howard, there is one way out of Grybauskaite - to pay special attention to the training of the military reserve. As an example, Howard gives Finland the 1939 model of the year. They say that the Finns kept the onslaught of the soviets then, and you, the Lithuanians, will have “a great mission - to restrain Putin” now. According to the American "expert", Lithuania will cope with its mission if the authorities of the country create an efficient reserve of thousands (!) People in 200. 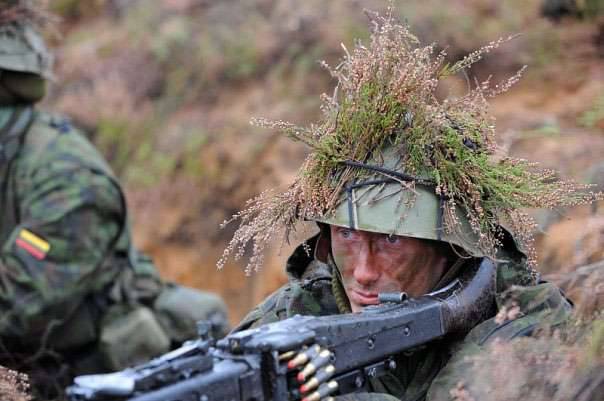 When taking into account the record emigration from Lithuania, apparently, women, children and the elderly should also be recorded in the reserve of the “Generalissimo” Grybauskaite.

Well, actually, why in general Washington pulled this Howard? Yes, everything is simple - the next calls for Lithuania to increase funding for the military sphere, because, according to NATO standards, Lithuania has the most modest amount of defense spending, based on GDP. From the material of the head of the Jamestown Foundation:
Lithuania should try harder and invest in its military forces, not only renewing the call. Lithuania must invest in a defense strategy that will complement NATO’s ability to defend the Baltic countries and resist Russia. Investing in such simple things as upgrading former Soviet airfields in Lithuania will provide an opportunity for NATO forces to transfer power to many places in Lithuania. And this would complicate the planning and selection of targets in Russia.

I didn’t understand one thing, so the Baltic Sea will still deepen within the framework of the same Dahl strategy, no? ..

Ctrl Enter
Noticed oshЫbku Highlight text and press. Ctrl + Enter
We are
Political NGOs with American and British funding in St. PetersburgTurkey: fighters for democracy came together
57 comments
Information
Dear reader, to leave comments on the publication, you must to register.