Shoigu: a new support structure is being created in the Navy

March 1 2016
15
The expansion of the geography of the naval presence requires the improvement of the support system for ships operating for a long time in operational areas Rossiyskaya Gazeta words of the Minister of Defense of the Russian Federation Sergey Shoigu. 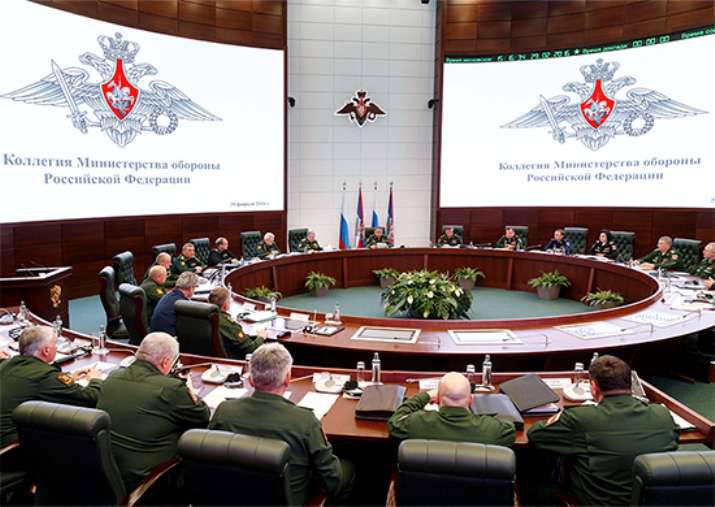 “Currently, for these purposes, modern integrated supply vessels are being built based on the established scientific, technical and industrial-technological reserve, domestic and foreign practical experience, a promising logistics system is being formed, organization of interagency cooperation is being improved, great attention is paid to the training of professional personnel,” Shoigu at the next meeting of the Board.

However, the head of the military department noted, "there are also certain difficulties associated with the heterogeneity of the composition of the Navy and the location of its fleets at a considerable distance from each other."

“With this in mind, an analysis has been made of the organizational structure of the military administration bodies dealing with the issues of material and technical support, and proposals have been prepared for its qualitative improvement, which we will consider at this meeting today,” he said.

Turning to the next issue on the agenda, the Minister analyzed the work with citizens' appeals.

According to him, “in the 2015 year, the Ministry of Defense received more than 150 thousand statements, which is 5% more than in the previous year.”

“The increase in the number of appeals is primarily associated with the celebration of the 70 anniversary of the Great Victory. On the eve of this significant date, the number of requests for the participation of the applicants' relatives in hostilities, receiving awards and searching for burial places increased more than 2,5 times. At the same time, the percentage of military appeals decreased from 56% in 2013 to 34% in 2015, ”Shoigu said.

The subject of applications has changed. "The number of letters on such urgent issues as the provision of housing and the payment of money allowances has decreased threefold compared to 2013 year", - he stated.

“This indicates that work with citizens' requests is carried out efficiently,” the minister stressed.

He recalled that in 2014-2015. in military districts and fleets 8 public reception offices of the ministry were created.

“Their tasks include not only the consideration of appeals and the personal reception of the applicants, but also the provision of methodological assistance to officials responsible for this work in the unions, formations and military units,” Shoigu explained.

“Now there is no need to go to Moscow to get an appointment with the leadership of the Ministry of Defense. You can contact the public reception at the place of service or residence and ask your question via video conferencing, ”he said.

He also noted the positive effect of the activities of field receivers, who, with the participation of personnel, housing and financial support specialists, worked last year directly in parts of the Northern Fleet and Eastern District.

“On the whole, the analysis of appeals to the Ministry of Defense shows the correctness of our approaches to solving social issues,” Shoigu said, adding that “this leaves room for finding new, more modern methods of working with citizens’ statements ”.

Ctrl Enter
Noticed oshЫbku Highlight text and press. Ctrl + Enter
We are
Knights of logistics in shining armor. The experience of Iraq, Afghanistan and not only
15 comments
Information
Dear reader, to leave comments on the publication, you must to register.