March 1 2016
181
Last year, blogs swept through the information that some representatives of the Ukrainian authorities decided to make claims of Mongolia for (attention!) The genocide of the Ukrainian people by the Mongol khans in the 13th century. Initially, it might have seemed like a joke that had been spread throughout the network. However, on the eve of this information was confirmed. And the confirmation came quite unexpectedly.


On the radio station "Vesti.FM" was invited by the press attache of the Mongolian embassy in Russia, Lkhagvasuren Namsray, who took part in the discussion entitled “The Descendants of Rurik and Genghis Khan: How Russia and Mongolia Build Relations in the 21st Century”. During one of the episodes of the radio program, the Mongolian guest said that the Verkhovna Rada of Ukraine actually sent a letter to the Great Khural of Mongolia (the country's parliament) demanding to recognize that Batu Khan "organized the genocide of the Ukrainian people." The demands resulted in the “necessity” of Ulan Bator to pay compensation to Kiev ... 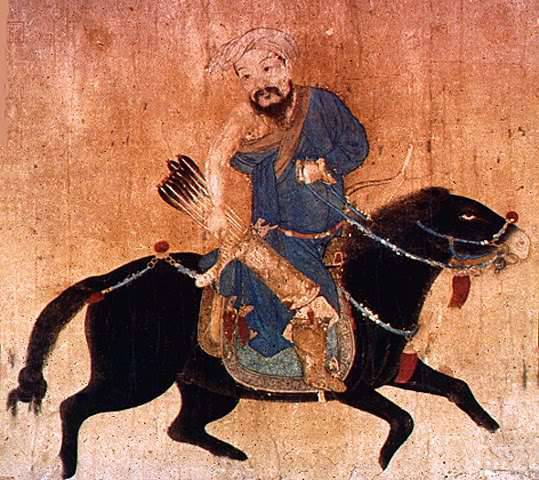 From the statement of Lhagvasuren Namsray:
The Verkhovna Rada of Ukraine wrote an official letter to the Great State Khural (this is our parliament) that in the 13th century Batu Khan (this is the Golden Horde, this is the grandson of Genghis Khan) organized the genocide of the Ukrainian people. Ukrainians demanded payment of compensation. And about it on the Russian sites, Mongolian sites all wrote. And then our correspondent asked our chairman of the Great State Khural: was the letter really? And our chairman of the Great State Khural answered that, in general, in stories Middle Ages was Kievan Rus, the Ukrainian state then was not. And if the Verkhovna Rada writes all the names of the Ukrainian citizens who have come under the genocide, their families, we will be ready to pay.

Radio host:
I thought it was a joke. I wrote on the Internet: can not be. But it turned out - the truth.

Earlier, Zandaahuugiin Enkhbold, chairman of the Great Khural of Mongolia, commented on the requirements of Ukraine regarding Mongolia. The Speaker of the Mongolian Parliament also stated that “Mongolia will study with interest the list of victims of Batu Khan (Batu), if it is provided by Ukraine, which did not exist in the XIII century.” At the time, the statement of Enkhbold опубликовал site TC "Star".

Ctrl Enter
Noticed oshЫbku Highlight text and press. Ctrl + Enter
We are
181 comment
Information
Dear reader, to leave comments on the publication, you must to register.