The situation in Donetsk - a summary of the military officer "Mag"

March 1 2016
48
Edition Donbass. Centre published a summary of the voter “Mag” about the situation in Donetsk on 29 February 2016. 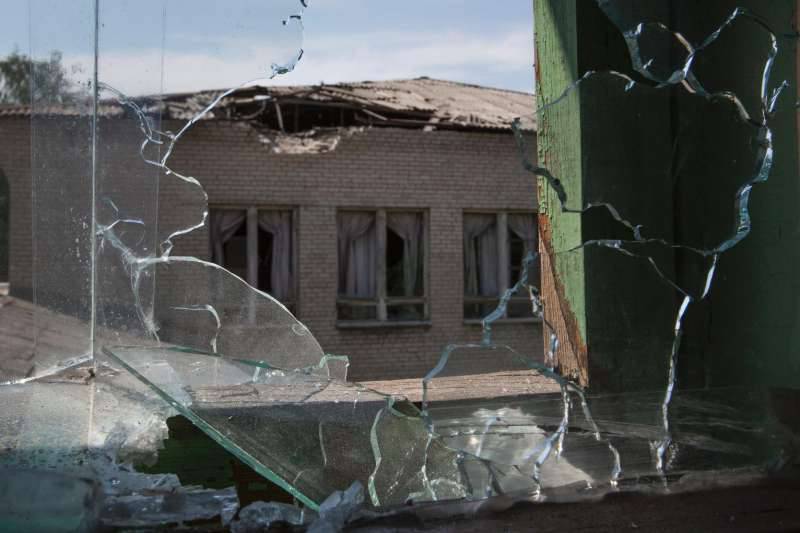 The message from the military says:

“I didn’t think, to be honest, to write a summary today, the beginning of the week, usually we have a lull after a hectic weekend, but here ukry is not allowed to rest and keep calm. From the very morning, shelling from mortars, grenade launchers, AGS (automatic grenade launchers) and small ones began at the airport. Such attacks were transient, minutes 20-30. Of course, it’s difficult to call them fighting - a sniper shoots and doesn’t go away or, for example, a machine gun from the village of Peski, ours are naturally trying to extinguish the sniper point with LNG-9 or K / K. That's all the fights ... But even with such fleeting skirmishes there are wounded and killed on both sides. The saddest thing is that in such shelling there is no point.

11: 05. Krasnogorovka-Staromikhaylovka: worked memory and small on both sides. 11: 10 began arrivals 120-mm min. From the positions in Krasnogorovka, according to the DPR guard protecting Staromikhailovka, a couple of Nona companies were working.

Around the afternoon everything was quiet.

In 13: 00 from the position of the Armed Forces of Ukraine in the village of Peski, the shelling of the Volvo-Center from grenade launchers and machine-guns began, it drove a couple of times to the BMP-2 and also fired at the militia.

In 17: 00, as scheduled from the village of Marinka, the APU began bombarding the 120-mm mine with its western outskirts — Aleksandrovka, Trudovskie. In the north of Donetsk, under fire, Oktyabrsky and the village of Veseloe - small, machine guns, AGS and rocket launchers. I worked anti-aircraft gun, I do not know about UAV or ukram.

In 18: 50, another round of shelling - Aleksandrovka, Trudovskiy, Staromikhailovka (again they are shelling the charger and IJSC Nona), Oktyabrsky, the village of Spartak started a battle.

Meanwhile, residents of Yasinovataya, Avdeevka and Makeevka heard a rumble in the direction of the Yasinovatskaya fork. At 19:05, the battle began near the post of the traffic police, the APU used AGS, grenade launchers, with the support of tank from the industrial zone.

From 19: 00 to 19: 30 shelling of the northern outskirts of Donetsk, there were several 122-mm howitzers, and maybe self-propelled guns, then a break of twenty minutes and with 19: 50 shelling again in large caliber. Well heard in the Kuibyshev and Kiev district, from each arrival is the blast wave, which echoes to the city center.

20: 10. From the artillery positions of the Armed Forces of Ukraine in the village of Nevelskoye and Krasnogorovka, fences conduct shelling of Staromikhailovka (Abakumov) from “Non” and mortars, ZUshka works in short bursts.

20: 20. The ACS stopped firing at the northern suburbs and the positions of the VSN, but AGS, machine guns and RPGs continue to work ...

Here is a brief summary. I can say that the work on the schedule and immediately on many sectors of the front only confirms that the APU is working out the salary. In our republics, people go to work in the morning - they bake bread, extract coal, smelt metal, teachers rush to schools and universities to provide education, builders restore houses destroyed by punitive workers. And the APU has its own work. They work well by the hour and get paid for it. Because of the work of the Ukrainian Armed Forces, this week we killed 9 civilians and 13 injured, among the militias 4 killed (one from sniper fire) and 7 injured. Many due to minor injuries do not go to hospitals and continue to stand and serve in their positions.

When these senseless attacks end, it is not clear! When will the money run out at the General Staff of the Armed Forces of Ukraine? Or when patience will end the militia? I dont know!".