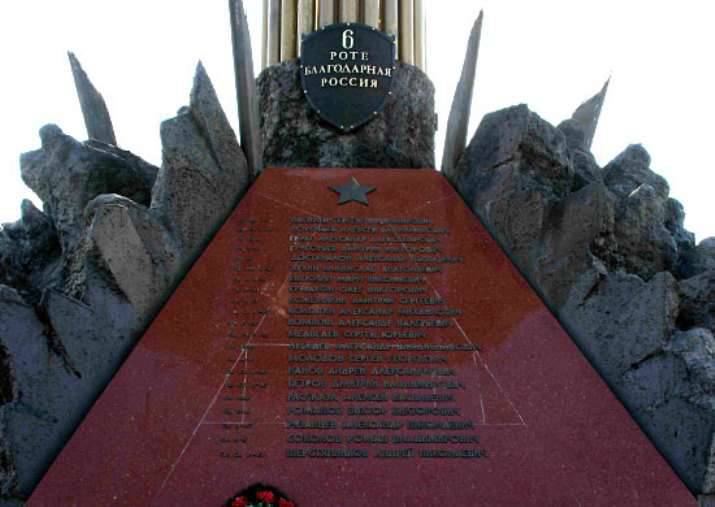 “During the memorable ceremony in Izborsk, the land brought from the site of the death of the military personnel of the 6 th parachute company to the famous Sacred Hill will be offered. Then, at the cemetery "Orlets" will be held lithium and a mourning rally, where members of the delegation will lay wreaths at the memorial burial and pay tribute to the memory of the deceased paratrooper heroes. The solemn commemorative events will end with the laying of wreaths and flowers at the Kupol monument to the paratroopers of the 6 th paratrooper company in the village of Cherokha, Pskov region ”, Says the release.

According to the ministry, “The Commander of the Airborne Forces and his entourage will also visit the chapel of St. George, located on the territory of the 104 Guards Parachute Regiment, the Orthodox monastery Nikandrov St. Annunciation Hermitage.”

It is noted that at the commemorative events that will be held on 1 and March 2, in addition to the representatives of the Airborne Forces, there will be relatives and friends of the killed paratroopers from more than 35 of the Russian regions.

Help Defense: «1 March 2000 years in the Argun Gorge during the counter-terrorist operation in Chechnya 6-I paratroop company 104-th Guards Airborne Regiment 76-th Guards Airborne Division took a fierce battle with the vastly superior forces of insurgents . The paratroopers did not flinch, did not retreat, fulfilled their military duty to the end, blocked their way to the enemy at the cost of their lives.

Ctrl Enter
Noticed oshЫbku Highlight text and press. Ctrl + Enter
We are
The action “Military service under the contract is your choice!” In Rostov-on-Don: future contract servicemen, exhibitions and “Russian Knights”A mourning meeting dedicated to the 13 anniversary of the feat of the legendary 6 Company took place.
55 comments
Information
Dear reader, to leave comments on the publication, you must to register.