March 1 2016
52
In the Stavropol Territory during the training flight crashed Su-25 aircraft. In the management of the press service and information of the Ministry of Defense of the Russian Federation reported that the disaster led to the death of the pilot. RIA News It cites a fragment of a statement by the press service of the country's main defense department, made the day before:

Today at 19 hours 23 minutes (MSK) in the area of ​​the airfield Budennovsk of the Stavropol Territory while performing a scheduled training flight, the Su-25 plane crashed.

The plane did not carry ammunition and fell in a deserted area about 5-7 km from Budennovsk. This made it possible to avoid casualties and destruction on earth.
The Ministry of Defense has set up a special commission to investigate the causes of the tragedy. 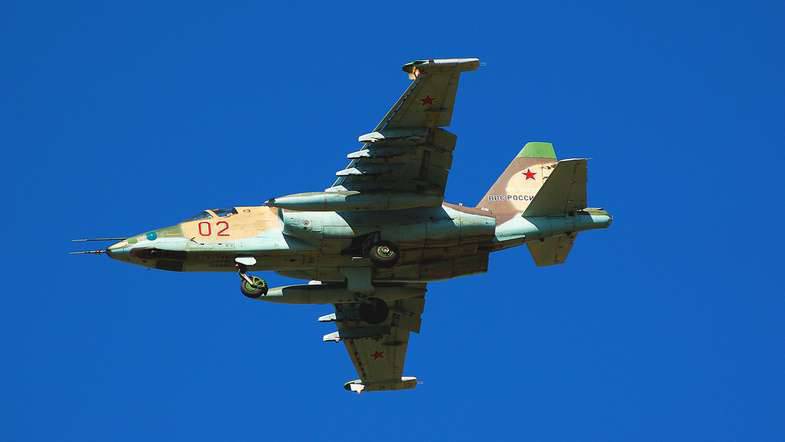 According to preliminary data, the pilot managed to eject, but the ejection did not save the life of a soldier. According to the specified information, the plane crashed while landing. Information Service LifeNews names the data about the dead pilot. This is Major Alexander Kurikalov, representing 368th aviation regiment. He was 35 years old.

Ctrl Enter
Noticed oshЫbku Highlight text and press. Ctrl + Enter
We are
The action “Military service under the contract is your choice!” In Rostov-on-Don: future contract servicemen, exhibitions and “Russian Knights”The accidents of military aircraft in Russia over the past 10 years
52 comments
Information
Dear reader, to leave comments on the publication, you must to register.