They ruled the border with the emir of ISIS (Cumhuriyet, Turkey) 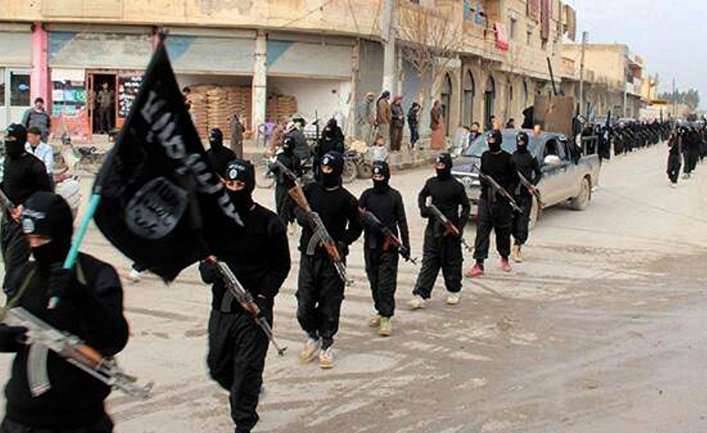 The “sincere” conversations of high-ranking Turkish military with one of the leaders of ISIL Mustafa Demir, who is in the documents of the prosecutor’s office as “the main organizer of the supply of explosives to Turkey”, became public.

The case file on ISIL, which is under consideration by Ankara’s 3 Criminal Court, contains a record of many telephone conversations of high-ranking military men serving at the border with Mustafa Demir (codename Abu Ali) - “responsible for the Turkish border, the emir of ISIL” and, according to documents of the prosecutor's office, the organizer of the supply of explosives to Turkey. The name of Demir was mentioned in connection with his close contacts with Ilham Bali (İlhami Balı), who gave the order to organize the terrorist attack in Ankara.

The scandal erupted in the course of the investigation, which began after the prosecutor’s office received complaints from six citizens whose relatives joined ISIS. It was decided to establish surveillance of 19 suspects. Prosecutor Derda Gökmen has filed a lawsuit against 27 people. Among the suspects were Ilham Bala and Mustafa Demir, a member of the Islamic State’s leadership and currently in Syria. Based on the “discovery of another crime during the observation,” Gökmen initiated another investigation, but by decision on the “incompatibility of competence,” the case materials were sent to the military prosecutor’s office of the 5th command tank Gaziantep brigades.

“There was no talk”

With regard to the recording of telephone conversations sent to the Military Prosecutor’s Office of Gaziantep, some of which were published in Cumhuriyet without names, the General Prosecutor’s Office of Ankara suggested that “the military did not contact the ISIL members, but smugglers, and this is a crime within the framework of“ smuggling ”activities . However, the documents that Cumhuriyet has accessed show that there are many records of telephone conversations between the military and Mustafa Demir. And the content of the conversations, which, according to the General Prosecutor’s Office, testify to smuggling, found that the military serving on the border acted jointly with ISIL. From these records, it is clear that Demir not only contacted high-ranking military officials by telephone, but also met them face to face at the border. Investigative documents also showed that Demir received money under the guise of “zakat” (tax in favor of the poor, as well as on the development of projects contributing to the spread of Islam - approx. Lane) from smugglers at the border and collaborated with officers on border crossings.

26 February The 2015 Department of Anti-Terrorism (TEM) in Ankara transferred to the Ankara Attorney General's Office 43-page recording of 27 conversations. The TEM text expressed the need to consider this evidence “randomly obtained.” However, there were such comments: “We found out that the person on the record by name ... who was found to be in contact with Demiro under investigation, serves in the staff of the Mountain Frontier Post”. Among the military, leading negotiations with Demir, - the captain, sergeant, lieutenant, senior military personnel.

The text sent to 17 November 2014, the Attorney General of Ankara Criminal Court of Ankara with the requirement to install surveillance and listening, reported seized in Gaziantep ten Kalashnikovs, 2800 cartridges for the Kalashnikov assault rifle, 12 kilos of TNT, 40 grenades, 40 detonators and 13 October 2014 years - 33 suicide vests containing 256 kilograms of explosive, 26 detonating cord meters, 22 electronic circuits, 19 batteries and grenade fuses. It was also reported: “It is known that the work was carried out by Ilkhami Bala, the delivery of these materials to our country was organized by Mustafa Demir (codename - Abu Farouk - Abu Ali), who on behalf of ISIL is engaged in logistics and recruitment, with his assistant Ilkhami Baly (codename - Abu Bakr) ".

While I arrive to them, let them cover the roads

Mustafa: Just received a signal, now I'm going there. That's probably what some of the military can work together. Believe me, I have no information. Before Elbeyli, first the tent city ... There you will help. Someone else, someone else ... let them cover the roads while I reach them, 20 kilometers between us, brother.

Mustafa: Yes, I am now there, to the point; if you have the opportunity, the station commander or guard ...

Mustafa: I don’t know about the frequency of the transitions, Allah knows better, the signal or ... maybe smuggling ...

“Can you take me to the commander?”

Mustafa: Yes, little lanterns, where are you, brother? Where I told you to be?

Mustafa: A., brother, can you take me to the local commander for our cause here? What if we establish contact here and at the same time help you ...

Mustafa: If we contact you, and that will be enough, there are no problems.

A. A.: I will inform you, I have two more posts there. At a minimum, I’ll tell the station commander and watch him.

Talking on the phone registered in the name of A. B.

Mustafa: I gave one car to Lieutenant Buraku, is this where, to the east side of your post?

A. B.: Yes, exactly, brother, this is the place where earthworks end, a lot of earth ...

Mustafa: Should I go there immediately or, if there is any point before him, leave the person there?

A. B.: No, brother, man, you know where, leave ... this is the village of Ermish ... There they stand on the ground behind the clock, one there, and the other where you delivered the car.

Mustafa: Are you in the car right now, is there anyone around you who punishes you?

Mustafa: Well, can you direct me to this embankment? I'll let you know, brother, say to plant there - it means there.

Mustafa: Drop the guard, brother, let him not leave.

A. B: This is the place where you handed over the car, we are in the tunnel. We turned on the flashlight, we have the goods, come from the other side, here are the people.

Mustafa: Brother, is this the place where I handed the car to Lieutenant Buraku?

A. B.: Yes, just a little further, our two cars are on the Turkish side.

Ctrl Enter
Noticed oshЫbku Highlight text and press. Ctrl + Enter
We are
Tragedy in Ankara. Who blows up Turkey?The fall of the Syrian airbase Abu ad-Duhor. The longest siege of the civil war is over
17 comments
Information
Dear reader, to leave comments on the publication, you must to register.