Hunting for the next Red October: a new Russian killer submarine (The National Interest, USA) 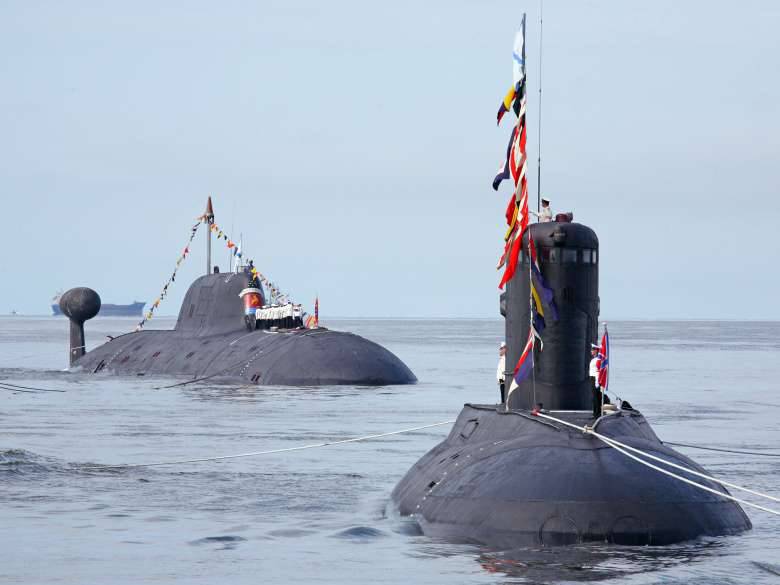 Although the submarine of the project 705 "Lira", better known here as "Alpha" (according to NATO classification - ed.), became famous, perhaps, as the main villain in the film “The Hunt for Red October”, in real life outside the television screen this ill-fated submarine left a hefty inheritance. And all this is due to the fact that the new generation of submarines launched by Moscow will be much more automated than the current ones, and this will be a continuation of the course that was started at the end of 70's in the Soviet Union while working on developing offensive submarines project 705 class "Lira".

Although the Alpha submarines from many sides were an unsuccessful experiment, new advanced technologies were tested for the first time in these submarines with titanium plating. The sturdy skin allowed them to reach amazing speeds — up to 45 nodes, as some sources report, and they could dive to impressive depths. In fact, the Lyra never dived to a depth of the order of 3900 feet: the operational dive was about 2000 feet. In addition, the submarines were relatively small, they displaced only 3200 tons during the dive.

In addition to the titanium hull - which in itself was already a gigantic innovation for that time - the Lyra class submarine had two more innovative details. One of them is a compact liquid metal cooled reactor that generates tremendous energy. In general, two types of lead-bismuth fast cooling reactor OK-550 and BM-40 were used in the "Lyre". Both produced about 155 megawatts of energy and gave the ship more 40000 horsepower. The result was incredible speed and power, achieved, however, at the cost of a high noise level (however, the submarine also had a pair of 100 kilowatts of electric propellers each for tactical maneuvering).

But the main innovation of "Lyra" was automation. Since the Soviets wanted to get a small high-speed interceptor submarine, the crew had to be small.

The Soviets were able to reduce the size of the crew to 32 officers without ordinary sailors. Although the Lyra class submarines were a powerful technological breakthrough, security issues remained. “We have been using Lyra submarines for twenty years (project 705), from 70 to 90. It was a promising project, but in the end we were forced to roll it because of the abundance of new technological ideas implemented simultaneously on the same ship, ”the Lenta.ru portal cites a source from the defense department, referring to the state agency Sputnik.

Although Lyra was a failure, the technologies used in the construction of this submarine paved the way for the Condor (945 project) and Pike-B project (97 project) and ultimately for the YN project class (Severodvinsk class submarines). Indeed, in comparison with American submarines, such as the Interceptor and SSGN, there are much smaller crews in Russian submarines, and the Russians continue to work on their further reduction. The source said the publication lenta. ru, that the crew size can be reduced to 885-50 people and eventually even brought to the crew members 55 and 30.

Of course, given the economic situation in Russia, it is difficult to say when these submarines will be made in practice, if they are to appear at all.

Ctrl Enter
Noticed oshЫbku Highlight text and press. Ctrl + Enter
We are
The National Interest: deadly invisible submarines that can drown the US NavyAlready 41 for a year, the Alpha group remains the main anti-terrorist special unit in Russia
59 comments
Information
Dear reader, to leave comments on the publication, you must to register.