February 29 2016
105
The transshipment and logistics complex (PLC) created by the 24 military department will replace the existing 2020 warehouses and bases in the territory of the Russian Federation by 330, reports Kommersant. 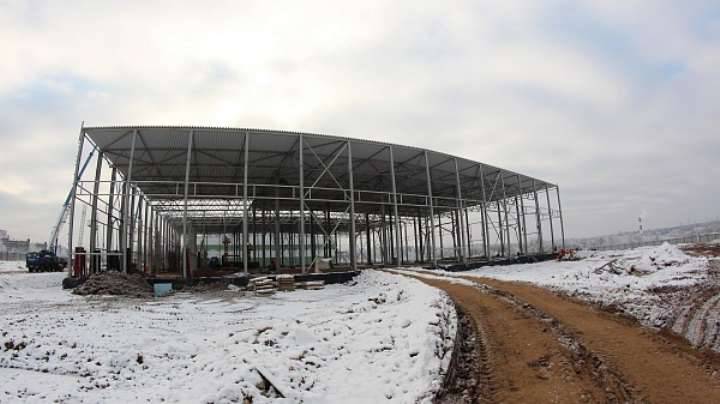 “Replacing outdated bases and warehouses will free up more than 50 thousand service personnel and reduce the annual infrastructure maintenance costs,” said Sergey Shoigu in December. “All the savings will be used to fill the deficit under current expenditure items.”

Currently, the maintenance of bases and warehouses cost the Ministry of Defense 29,4 billion rubles.

“Many buildings are outdated morally and physically, most of them do not meet the requirements for operational and storage activities and fire safety,” a source in the military told the newspaper. “The emergence of a PLC will not only reduce costs by almost half - to 14,8 billion rubles, but also expand logistic possibilities for supplying the army.”

He recalled that "now the Nara PLC is under construction in Naro-Fominsk near Moscow, which will have to store about 220 thousand tons of material resources and about 4700 units of weapons and special equipment."

With the advent of Nara, “it will be possible to disband the 31 subunit, freeing 27 military camps located in the Moscow region,” the source said.

Objects of 1-th “Nary” line (4 storages, tento-mobile shelters, perimeter fencing with six checkpoints, etc.) should be put into operation in May, the rest of the objects - in December of the current year. The state of one PLC is 1200 people, the management will be carried out by the general director.

K 2020 g should be built 24 complex. The military acknowledged that obsolete departmental norms interfere with construction. "By July, the study will be completed, according to its results, new rules will be developed," the source said.

The construction of all PLCs is quite expensive. Currently, the government is not ready to allocate the appropriate amount.

During the last meeting on this issue, Shoigu said that the Ministry of Defense "is working on the issue of attracting private investment to" reduce the burden on the federal budget. "

“We are talking about the mechanism of project agreements - receiving subsidies in exchange for reimbursement of a part of the interest rate on a loan,” explained the source. - For the preparation of the relevant concession agreement by potential investors, a preliminary analysis of the facilities has already been carried out. Six 24 complexes were selected: two in the Southern Military District ("Koisug" and "Armavir"), two in the Central ("Novosibirsk" and "Yekaterinburg"), two in the Eastern ("Onohoy" and "Vanino") ”.

According to him, “the size of the funded project in each individual case will be from 1 billion rubles. to 20 billion rubles, and the loan itself must be covered by 25% with the state guarantee of the Russian Federation. It will be provided for a period from 3 to 20 years for the implementation of the entire investment project. ”

Ctrl Enter
Noticed oshЫbku Highlight text and press. Ctrl + Enter
We are
ARMY-2016. Training complexesInstead of army warehouses - production and logistics complexes
105 comments
Information
Dear reader, to leave comments on the publication, you must to register.