February 29 2016
18
Russian Academy of Sciences (RAS) on its Online congratulates academician Gennady Andreyevich the Month on the 80 anniversary. “VO” joins the congratulations and wishes the scientist good health and a long fruitful activity. 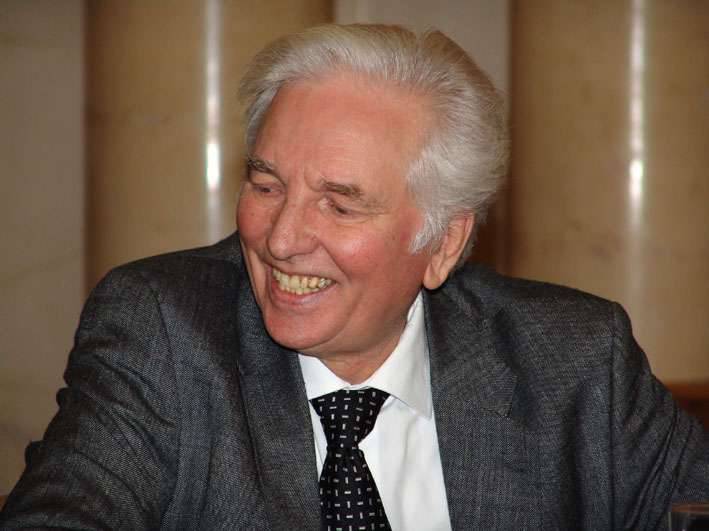 Month is an outstanding Russian physicist, the founder of new scientific fields, such as high-current electronics and pulsed electrophysics.

The academician "discovered the phenomenon of explosive electron emission and conducted his fundamental research."

“At 1967, he created a high-current nanosecond electron accelerator. He developed methods for generating, correcting and transforming high-power nanosecond pulses. He carried out studies of fast processes in vacuum and gas discharges and proved the fundamental role of explosive processes in these discharges and the volumetric nature of nanosecond discharges in high-pressure gases. Showed the possibility of volumetric discharges in gases with the injection of electrons, which made it possible to create new types of high-power ion devices, including gas lasers. ”

Among the students of the academician are more than 40 doctors and 100 candidates of science. G.A. The month is the author of more than 600 scientific papers, 2's scientific discoveries, has 40 copyright certificates and about 20 monographs. He became a laureate of many domestic and foreign awards, was awarded the Order of Lenin, the Badge of Honor, the Red Banner of Labor, and other orders and medals.

Photos used:
Press Service of the Russian Academy of Sciences

Ctrl Enter
Noticed oshЫbku Highlight text and press. Ctrl + Enter
We are
Lead and cotton. About the confrontation of electronics and armorPatrol option joins Paramount family of wheeled combat vehicles
18 comments
Information
Dear reader, to leave comments on the publication, you must to register.