March 1 2016
19
The Western press seems to be fed up with the “eternal” theme of the Cold War with Russia. The theme of the "Islamic state" also became "dilapidated." Some analysts from the United States have identified geopolitical enemies that are much more dangerous than Russia and even more dangerous than IG. The American television channel CNN told about the terrible strength of the group “Dzhebhat an-Nusra”, which is building a scenario “against the United States.” Meanwhile, ordinary Americans who were interviewed by the Gallup Institute once again called the “worst enemy” of their homeland. It was not Russia, but North Korea. However, Russia ranked second. 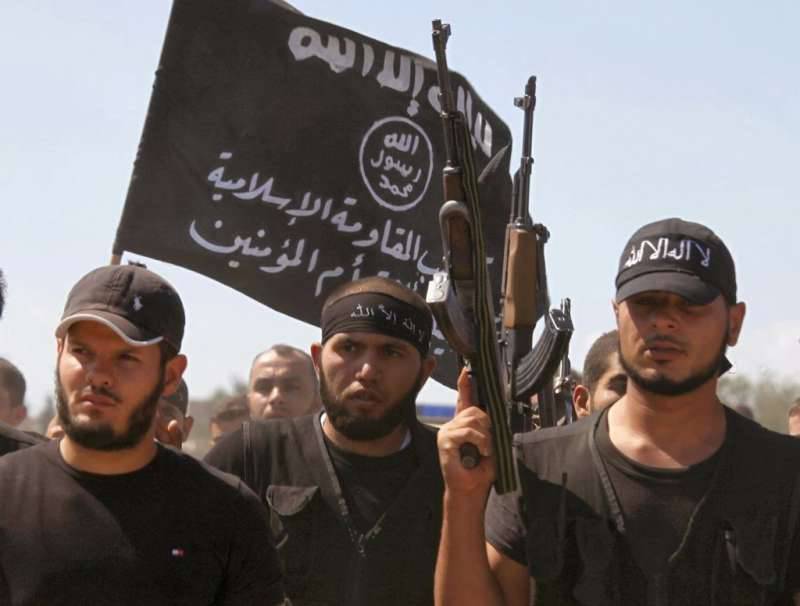 Jennifer Cafarella, an employee of the Institute for the Study of War (Washington), mainly investigates the Syrian civil war and the actions of opposition groups. Online CNN there appeared its next material, in which the emphasis was placed not on the "Islamic State", but on the activities of the Dzhebhat al-Nusra group.

"Dzhebhat al-Nusra", the Syrian branch of "Al-Qaeda", the author notes, is much more dangerous than the "IG". Both groups have a common goal (the creation of a world caliphate), but they use various means to achieve it.

“IG” is now great for “headline generation” in the media. Indeed, the militants of this organization seized key Iraqi and Syrian cities. and also carried out ruthless attacks on Western targets. All this made the IG the center of attention of the American military forces.

Meanwhile, al-Qaeda was playing a long and quiet game, the author writes. It has all the possibilities for this: as long as the United States focuses on other goals, the group is preparing its return to the world stage. And it will happen, this return, - as soon as the “IG” is defeated, the expert believes.

While the militants of "IG" ruthlessly dominate the controlled territory, "Dzhebhat al-Nusra" develops local relations, thus creating the opportunities that it intends to use in the future against the United States.

“Dzhebhat al-Nusra” is able to effectively support the opposition’s struggle against the government of Bashar al-Assad, based on building relations with civil society, civilians and Syrian opposition groups operating alongside it. Then dzhebhatovtsy "manipulate" these relationships - "in order to achieve domination."

Over time, Dzhebhat al-Nusra uses the legitimacy earned locally from the fighting. The grouping is already creating management structures (courts, social services institutions) and has begun to apply new institutions to influence the religious views of Syrian opposition groups and the population.

In some part of the territory of Syria, “Dzhebhat an-Nusra” already governs by means of “religious law” (akin to what is used by “IG”). Women are forced to wear the veil, and the younger generation through military training and religious sermons in the camps for children learn the basics of a future war against the West.

"Dzhebhat an-Nusra" - much more flexible and adaptive structure than the "IG". He deliberately does not control the terrain in full: such an impossible task would make it difficult to achieve its goals. But she knows how to protect herself from tribal uprisings, negotiating local support.

Further, the author proceeds to the threat of "Dzhebhat an Nusra" for the United States.

Not only is the United States unable to recognize the grouping as a threat, but also the American “reckless” policy in Syria actually leads to the support of jabhatis and the recruitment of people for the organization.

As Jennifer Kafarella believes, the United States still has potential allies who are ready to fight against both Dzhebhat an-Nusra and against IG. However, the actions of Russia lead all these groups into the hands of Al-Qaida, simply because they have no one to turn to for help anymore.

American politicians must "act immediately," the expert said, in order to preserve those opposition groups whose actions will be crucial to ensuring the future of Syria. Syria should not become the “al-Qaeda Islamic Emirate”. How to do it? Simply: Washington should immediately recognize Dzhebhat an-Nusru as a great threat.

While Jennifer Kafarella was spreading on the topic of an unexpected new threat to the United States, ordinary Americans voted for the threats on the list.

February 22 Gallup website The results of a survey on the main threats to the United States were published.

The Gallup survey was conducted using 3-7 February 2016 telephone interviews (random sample, number of participants - 1021 people aged 18 and older, place of residence - all 50 states and DC). The sampling error is ± 4 percentage points at a confidence level of 95%. Fixed and mobile phone numbers were selected using the method of dialing random numbers.

Survey data suggests that today the Americans hardly identify their biggest enemy. However, the four “hostile” states that head the list remain the same as in the Gallup polls conducted in the 2014 and 2015 years. These are: North Korea (16%), Russia (15%), Iran (14%) and China (12%). Thus, in the first place - the DPRK.

Sociologists noted "continuity" at the top of the list. North Korea, Iran and China invariably occupy leading positions in the list of “enemies” since the 2005 year. But Russia as a clear enemy in the United States had not been considered before: this country topped the list only last year.

Just four years ago, half of the American public viewed Russia as a partner for a profitable relationship, and only 2% considered it the “worst enemy” of the United States. But relations between the United States and Russia have deteriorated. And now only 30% of respondents have a favorable opinion about Russia. At the same time, 86% consider Russia's military might as either important (47%) or a critical threat (39%).

Over the past two years, according to surveys, the overwhelming majority of Americans regard all the above-mentioned states as threats to the vital interests of the United States. Americans fear the military might of Russia and North Korea, China’s military and economic might and the threat of nuclear weapons By Iran.

Nearly three-quarters (73%) of respondents believe that all four countries represent at least an "important threat" for the United States.

Thus, the list of "enemies" of the United States over the past two years does not change. Only the members change places. In 2015, Russia was at the head of the “worst” list: it was considered the central threat to 18% of Americans. In 2014, China was considered the worst enemy (20% of responses). Probably, with the frequent attention of the large press, instead of “IG” on “Dzhebhat al-Nusra” (Al-Qaida’s Syrian branch), the forgotten “Al-Qaeda” will also be included in the list.

Observed and commented on Oleg Chuvakin
- especially for topwar.ru
Ctrl Enter
Noticed oshЫbku Highlight text and press. Ctrl + Enter
We are
Republic of Korea military facilities on Google earth satellite imagerySyria: Americans scare themselves, and Asma Asad buys chairs
19 comments
Information
Dear reader, to leave comments on the publication, you must to register.