The existence of 80% Russians inappropriate for the economy 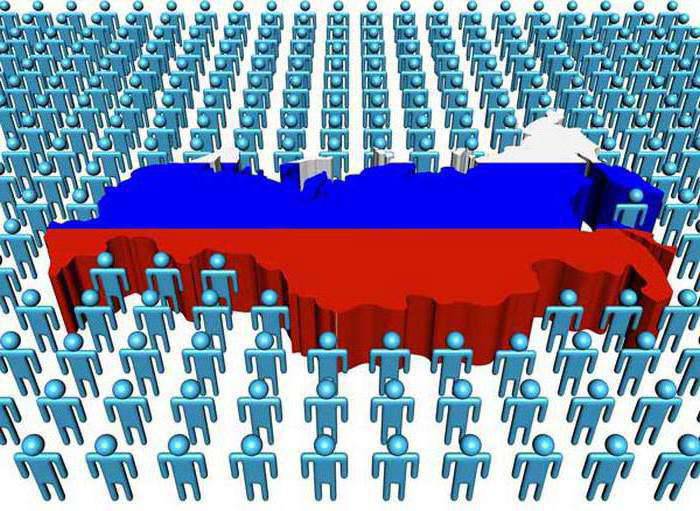 You can continue to make faces at an evening talk show, proving that everything will be even better, but the structure of the domestic economy clearly indicates a paradoxical and frightening situation. In the conditions of the “Kudrinsky” economy in Russia, it is advisable that no more than thirty million people live. All the rest - an extra ballast, hanging like a stone on the neck of Rosneft.

One of you will indignantly exclaim that there is nothing in Saudi Arabia but sand. “So this is wonderful!” - A. Kudrin and his colleague, former Prime Minister Kasyanov, will protest.

Here is the net profit from the sale of hydrocarbons. All further conversations do not promise anything but unnecessary losses. Any attempts to develop the economic infrastructure will immediately result in costs, costs, lost profits of exporters of oil. Investment in production is strictly contraindicated. Tear off from the heart and invest part of their own profits in any project. Sponsor job creation. And what in return?

In addition to the need for large costs and possible risks in the formation of a new production, the result will be one. Employees of the company, adding all the profits in the form of wages in their pockets, will run to buy a Japanese foreign car and an American iPhone. Money just flowed out of the country. These are all costs, lost profits. The production itself at the expense of taxes hardly pays off in ten years. Who needs such a project?

It could have been different if “Japanese foreign car”, “iPhone” and other high-tech products were created on domestic capacities. Then the profit would have settled in the country, and the export of high-tech goods brought more profit more than the export of hydrocarbons.

To do this, you need to find 3,5 trillion. dollars, gained in the previous decade from the sale of natural resources and invest these funds in the complete renewal of the industrial base of the country, with the massive creation of high-tech enterprises in all sectors of the economy.

Those who oversee the trade in resources are already in a hurry to liquidate their foreign assets, offshore accounts and transfer everything, up to the last ruble, to the needs of the Motherland.

The course, destructive in all aspects without exception, of accumulating ghostly “stabilization funds” instead of investing these funds in the development of domestic production was taken far now. This happened at the very beginning of the "fat zero", in the era of the premiership of Kasyanov. And it continued all subsequent years under the wise leadership of Finance Minister A. Kudrin. It is these people and their entourage that are the founders of the destructive doctrine that finally put Russia on the point of the “oil needle”.

The current successors of Kudrin still do nothing to correct the situation in the economy. Their anti-crisis plan is more and more like a life-saving anchor, throwing that, you must surely get into your head.

The holy faith in 100 dollars per barrel - all that these “strategies” are guided by in formulating long-term economic development plans.

But enough about the sad.

Symptomatic of the problem

A typical rating of the natural resources of the Russian land usually completes the naive question: why aren't the results visible?

This phenomenon is well studied by economists and historians. It is called the “commodity curse”, which is sometimes mistakenly called the raw superpower.

Revenues from the export of minerals do not require the participation of technical progress, they corrupt hearts and minds. It is for this reason that 80% of Russians have become redundant for the economy of their own country.

Russia is not the only country personally convinced of the absurdity of calculating reserves of natural ores as a measure of their wealth.

Answer: how far has the state of the Congo come? Approximately the same as the country Niger with its uranium mines. Not far from them, the Saudis crawled away with their oil boom. Idlers degenerates.

South Korea and Taiwan have nothing at all, but they are developing the fastest. At the modern technological level, the price of the final product is several orders of magnitude higher than the cost of the initial raw materials. A high degree of processing works wonders. As the Japanese minister proudly declared: our only wealth is our people. Everything else does not matter. The same “black gold” can be purchased for pennies anywhere in the world (the average price of oil in the last century was 3 dollars per barrel, in prices of 1960s).

"Man is the measure of all things" (Plato)

The country and the people who inhabit it, presented to the world an endless list of technical inventions and discoveries - Russia. She deserves more than the honorary title of "northern gas station."

A rational anti-crisis plan is a gradual refusal to export any raw materials. Enough Have played enough.

Production should be limited - only to cover their own needs and accelerate the development of domestic industry.

State Duma deputy (“Fair Russia” faction) Oleg Pakholkov sent an appeal to the head of the Ministry of Economic Development of Russia Alexei Ulyukayev to consider the possibility of completely stopping the sale of oil abroad within five years.
News from 5 February 2016

Many will reproach supporters of such a decision of being too categorical and idealistic. But the process goes on its own, not paying attention to the expectations of the supporters of oil “on 100 per barrel”. To translate the raw material economy on the rails of high technology does not require many words. Important decision makers are interested in maximizing profits. And if you don’t win with oil, then the capital will go into a new direction.

Thus, over the past few years, the capitalization of Gazprom has decreased fivefold. Nearby, crude oil exporting companies tumbled into the mud.

At the same time, at the height of the crisis, the capitalization of the largest Russian petrochemical holding SIBUR doubled. High technology works wonders.

The facts irrefutably show that all this abomination, sanctions and crisis will ultimately play into the hands of the domestic economy. Russia for the hundredth time will be right. We do not have extra people.

Ctrl Enter
Noticed a mistake Highlight text and press. Ctrl + Enter
We are
Air Force and Saudi ArabiaKudrin against Rogozin, or New revelations of the ex-minister
315 comments
Information
Dear reader, to leave comments on the publication, you must to register.