Why is Ukraine again threatened to Donbas war?

March 1 2016
174
Ukrainian Square rattles in all directions. Invented peremogi make laugh not only Russians, but also Europeans. And the Ukrainians themselves are more and more often asking themselves a simple question: why is it becoming more and more difficult to live every day in a country of constant victories? 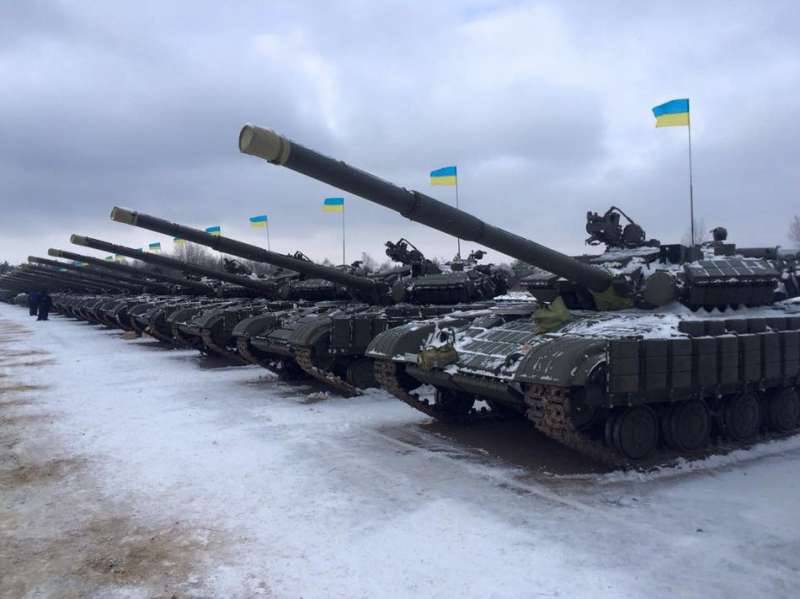 Why do they say the famous “the whole world is with us” on TV screens, and the hryvnia “lose weight” every day? And the money that they promise after each meeting Poroshenko or Yatsenyuk with Western colleagues, and do not give?

And all this against the background of the growing authority of Russia. Against the background of real progress in the construction of the state in the Donbas. It is already difficult to hide how the front-line cities of Donbass live. Ukrainians began to compare the front Donetsk with their towns. Compare prices and salaries. And it turned out that the comparison is not in favor of a stub of a former rich country.

The West is coming up with obstacles for the offensive of the “great dream of Ukraine” - a visa-free regime. The widely publicized benefits for Ukrainian producers on European markets turned out to be zilch. There are benefits, but there are no buyers. Europeans do not want to buy Ukrainian goods. I have nowhere to go.

And then there's the full-blown political crisis. Coalition collapse. Mutual douche of former political friends. And this crisis really threatens to “jerk” that chimera, which President Poroshenko proudly calls “the established system of power.”

Against this background, statements of Ukrainian politicians from among the “deputies of top officials” about a revenge in the Donbas and in the Crimea suddenly appear. Military rematch.

The first such statement was voiced by the adviser to the Minister of Internal Affairs of Ukraine, Ivan Varchenko. On the air of one of the Ukrainian channels, he bluntly stated that Ukraine will someday return the territories by military means. Even the script has already been tested. The famous "Croatian version".

Last year, after the next “boilers,” President Poroshenko himself voiced such an idea. Then the whole problem was, in Poroshenko, in bad military equipment and armament of the Armed Forces of Ukraine. And then this problem was solved. West promised to put the Ukrainians such weaponwhich will ensure victory. And even set. What set, we remember. Scrap metal at the prices of new cars. Therefore, the talk about the "Croatian version" stalled.

The next "little man with a fist" was the vice-speaker of the Ukrainian parliament Oksana Syroid.

“First we must go through liberation, that is, the Ukrainian army and the Ukrainian administration must be brought there. Then de-occupation should be in the broad sense of the word, with the withdrawal of Russian agents and the establishment of border control. And only then can we start preparing for the elections. And only after Amnesty may come of this. But besides amnesty there must also be punishment ... "

To say that Syroid is not aware of the Minsk agreements is impossible. Position does not allow to be "not in the subject." So, the vice speaker voiced the position of the Ukrainian authorities on the implementation of these agreements. It means that the politicians of Ukraine will not only not fulfill what they agreed on, but also make claims now not only to Russia, but also to the West.

Moreover, Syroid even draws a scenario for Ukraine, if the agreement is fulfilled. And this scenario is the destruction of the country.

It is clear that, purely as a woman, Oksana is trying to put pressure on pity for European and American politicians. Even somewhere "play along" to Putin. The President of Russia has repeatedly spoken about the desire of our country to preserve the united Ukraine.

But at the same time, and more is clear. The destruction of Ukraine can, although purely theoretically, prevent the appearance of an external enemy. Whatever Ukrainians may say today, in their souls they love their country, their land. They do not like the government, politicians, parties, movements. But the country is loved. And they will go to protect it from any external enemy.

Is there a chance for a Croatian military operation? Alas, but the Ukrainian "hawks" poorly know even what they are calling for. And all these statements are more like attempts to stay visible. Stay at the imperious trough.

I wonder what will happen to any of today's Ukrainian "chieftain" if he says that the Donbass and the Crimea are lost for Ukraine? It seems to me that such a statement will be the end of a politician. Trample their own colleagues. At the same time, everyone understands the correctness of such a statement.

In order to analyze further the "dreams" of Syroid and Varchenko, I recall some of the nuances of the operation in Croatia. Operation "Storm" was planned in the Pentagon for a long time. To conduct it, the Americans were actively preparing the Croatian army. Instructors and specialists from the best American divisions were sent there. In addition, all communications systems were taken under American intelligence control. Including diplomatic channels. All intelligence information came from the Americans.

But even such efforts did not allow the Croats to advance successfully. The Americans had to go for direct aggression. That American aircraft destroyed the radar in the Serbian Krajina. And all this against the backdrop of enormous pressure on Belgrade.

So, the Crimea. The possibility of a military operation in the Crimea for Ukraine is zero. Any forceful impact will force Russia to strike such a force that parts of the Armed Forces of Ukraine in this area will simply be demolished from their positions, or more correctly, they will be completely destroyed. And to involve some parts from the mainland of the country is not even required.

The grouping of the Russian army in this region can independently conduct combat operations with any adversary. Everything's there. From all types of aircraft to quite serious naval forces.

Any sneeze in this direction will be a disintegration catalyst for Ukraine. We do not even need to attack. No one will destroy the Ukrainian cities and villages, the Ukrainian people. Enough army units. And everyone understands this. Even the most warlike of "maydaunov."

Now about the Donbass. First of all, about the morale of the population of this region. For two years, ukrovoyaki so many abominations there are freaked out that today all the people will have to fight with them. We often talk about some not very clear actions of the leaders of the republics. But, states are being built. The people live. And the majority even do not want to hear about joining Ukraine.

Militarily. The superiority of the Ukrainian army today is enormous. Practically, the economy of Ukraine today is working for war. In the republics, however, they are oriented toward building a peaceful life. On life in general. However, the state of the Armed Forces of Ukraine is such that this army cannot fight. "Hats throw" tried. Boilers remember. Though they are trying to betray defeat for victory.

But most importantly, today is not 1995. And Moscow is not Belgrade. And Putin is not Yeltsin. It is doubtful that Russia will leave the republic without support. And these will no longer be humanitarian convoys. This will be real military assistance. And then in the Ukrainian media will no longer write "separate areas of the Donetsk and Lugansk regions." There will be a full-fledged region-republic.

It is impossible to talk today about the impossibility of resuming active hostilities. The logic for politicians of Ukraine is a little-known thing. And on emotion it is quite possible to order "start smashing." But I described the results of this order.

To preserve power, Kiev today is very necessary to be "on the front pages of the Western media." Just do not really work. Ukraine brought too many problems to its "friends." And these problems need to be addressed. No one agrees to live worse only to feed some kind of parasite. And Ukraine today turned into such a parasite. The country that lives on handouts and the alms of others.

A hungry parasite goes or steal or rob. And here it will be necessary to show him that this is not worth doing. It hurts.

Ctrl Enter
Noticed oshЫbku Highlight text and press. Ctrl + Enter
We are
Donetsk: City Day and Miner's DayResults of the week. “Ta-ak. Hence, we know the Russian language. Why was it necessary to hide? ”
174 comments
Information
Dear reader, to leave comments on the publication, you must to register.