February 28 2016
42
In Sevastopol, the St. Andrew’s flag was raised solemnly on a special purpose raid tug "Afalina" (16609 project), the press service reported. Ministry of Defense of the Russian Federation. 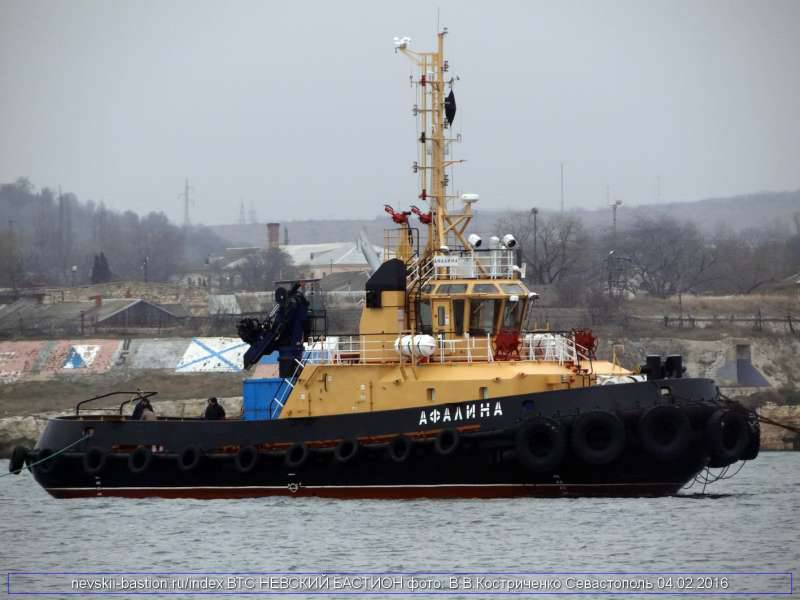 It is noted that "the ship was built at the Leningrad shipbuilding plant" Pella "in the interests of the Main Directorate of Deep-Sea Research of the Ministry of Defense of Russia and launched on July 9 2015 of the year." 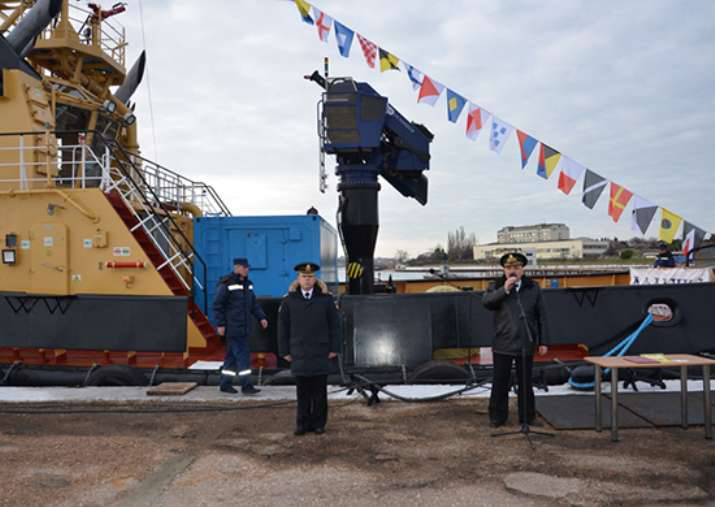 "In a solemn ceremony of raising the flag and receiving a raid tugboat in the Naval Fleet (Navy), the head of the Main Department of Deep-Water Research of the Ministry of Defense of Russia, Hero of the Russian Federation, Vice Admiral Aleksey Burilichev, the leadership of the St. Petersburg shipbuilding company Pella OJSC, took part, ”the press service said. 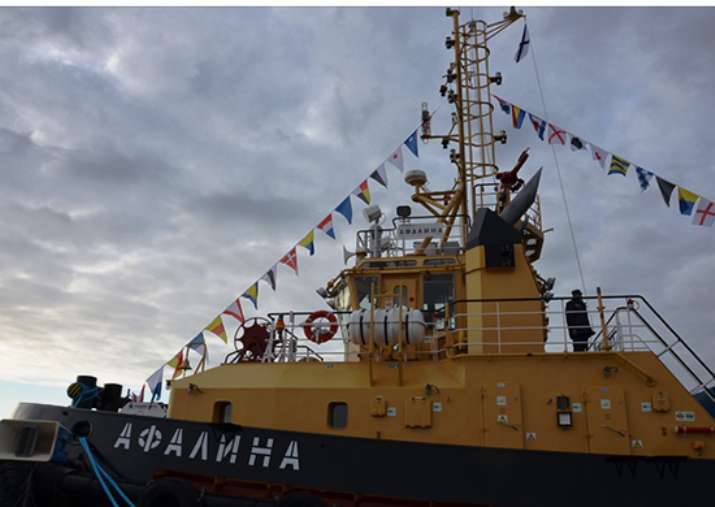 According to the report, “the new vessel is designed to perform towing and cranking operations in the port, on roads and coastal areas, conducting escort operations at speeds up to 10 nodes, removing ships and ships from the shoals, extinguishing fires on floating objects and onshore facilities, transporting cargo, participation in rescue and special operations ".

Photos used:
nevskii-bastion.ru, the Ministry of Defense of the Russian Federation

Ctrl Enter
Noticed oshЫbku Highlight text and press. Ctrl + Enter
We are
Ultra lightweight high-speed helicopter Afalina is presented in RussiaThe action “Military service under the contract is your choice!” In Rostov-on-Don: future contract servicemen, exhibitions and “Russian Knights”
42 comments
Information
Dear reader, to leave comments on the publication, you must to register.