March 2 2016
4
Recently, for “Military Review”, I wrote a material about how the gingerbreads that worked in the “Old Tula” factory (at that time it was called the Artel “Disabled Person’s Work”) helped the front. But, talking about what I know, I lost sight of history carver Pavel Ignatievich Veresov. This man is my countryman, a native of Novoulyanka village, Usmansky district of the Lipetsk region. And his story is one of many examples of courage to be known about. 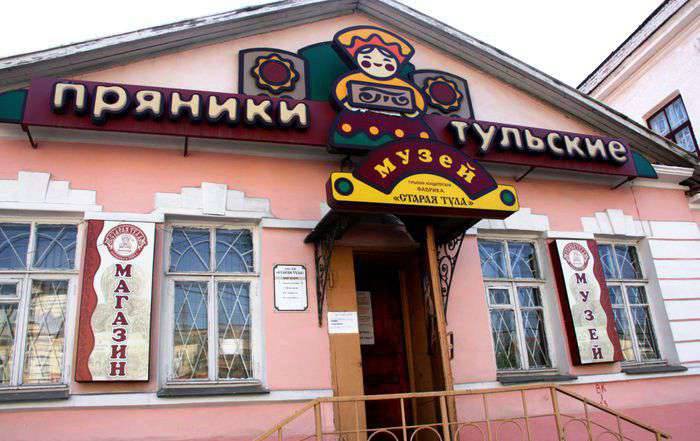 You can say, printed gingerbread begins with birch. Because it is from this tree that the forms are cut out. Birch is not suitable for everyone, but only "at the age of" about thirty years. And only the lower part of the trunk is suitable. First, it must be cut into boards with a thickness of about five centimeters. And then dry them at a natural temperature of five to twenty years! And only after that the carver applies a drawing on the future shape.

In the old days, good carvers, as well as good pastry chefs, were given special respect. There is a case in which the peasant woman-gingerbread brought the boards in the form of various fish to the queen Evdokia Lukyanovna, grandmother of Peter the Great. On that day, the empress was ill, but ordered to let the craftswoman. And granted her a gift already three cows!

Today, boards for gingerbread, as in the old days, are cut by hand, with the help of a knife and sewed. Therefore, in the entire history of the Tula confectionery factory (which is about a century and a half), only about a thousand boards were created. The author of about seventy of them is Pavel Ignatievich Veresov. In the Tula museum are stored several gingerbread, "printed" in the sixties of the last century in its forms.

When the Great Patriotic War began, Pavel Ignatievich was about thirty years old, he was already known as an excellent master carver. Almost the whole Artel accompanied him to the front. Soldier Veresov was assigned to the infantry, he got on the Volkhov front, and after its liquidation he participated in all the battles of the Karelian front. Pavel Ignatievich fought for Kirishi and MGU, broke through the blockade of Leningrad, liberated Novgorod. By the beginning of 1945, several medals “For Courage” and the Order of the Patriotic War of the second degree shone on his chest. And 30 April 1945, the trouble happened to him: it hit a mine. Doctors in the hospital without any understatement fought for the right hand of Veresov. But the battle was lost: the hand had to be taken away.

The carver, who loved his business unconsciously, was left without the most important tool ... There, in the hospital, seeing a pitiful cult, Pavel Ignatievich did not want to live. But to his happiness, in the same ward lay an elderly soldier, whose name I, unfortunately, do not know. This soldier lost both hands, and before the war he worked as a tailor. And he, seeing the state of Veresov, said something like these:

- Our grief with you is not the most terrible. As long as a person is alive, it means that everything that has fallen to him before that time can be transferred. Though I am elderly, I am not going to part with my craft. I will ask the familiar masters - the needles of large size will make me. Somehow I’ll adapt to keep their remaining elbows. And you have one whole hand. Don't disgrace, man! Do not be fainthearted! Imagine if this was your wife or mother who wanted to deprive herself of her life because of such a loss. Would you understand her, forgive her? ..

Pavel Ignatievich cried all night. And in the morning he took himself in hand and began to live in a new way.

For more than a year, he was used to being left-handed, he learned to write, draw and cut anew. He invented and made a special fixture to the table so that the board would firmly rest on it. He fought the misfortune for himself, and fought the same way as he had not so long ago - against the fascists: desperately, to the last. And won.

More than thirty years of life gave the master favorite business. He cut the last board, being already retired. At this time, Pavel Ignatievich developed hyperopia. He clearly saw distant objects, but could not read or write. Even the faces of people standing close saw him formless pancakes. The glasses did not really help him, they could not be picked up so that they would immediately fit in both eyes, one would certainly begin to ache and water.
The carver came up with such a technique: retreated to the far corner of the room, looked at his work, memorized all the flaws and outlined future lines. And then cut almost to the touch.

For many years Pavel Ignatievich is dead. And in the Tula Museum on Oktyabrskaya Street there are several gingerbreads, “printed” from the master’s forms.

Ctrl Enter
Noticed oshЫbku Highlight text and press. Ctrl + Enter
We are
How Tula gingerbread front helped"St. Petersburg" company
4 comments
Information
Dear reader, to leave comments on the publication, you must to register.