Tankers will go to the Arctic 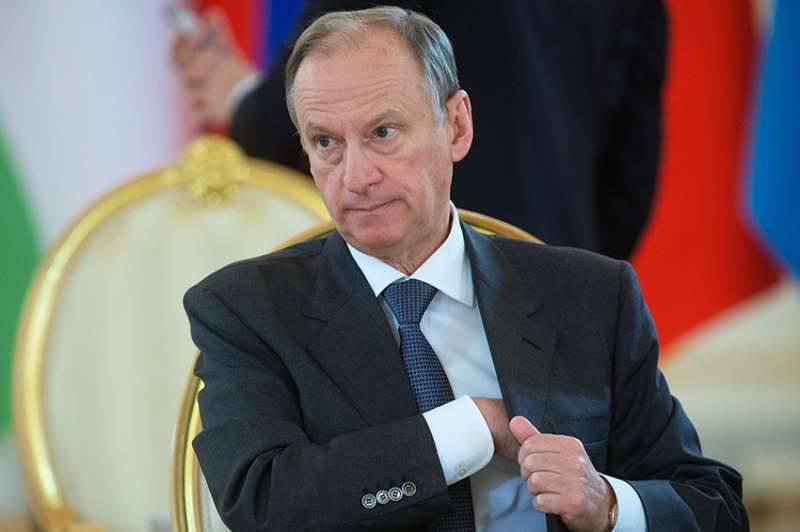 The construction of a giant shipbuilding complex, which will produce supertankers and floating platforms for oil and gas production on the offshore shelf in the Arctic, has begun.

It is created in the Far East on the basis of the Zvezda plant. In scale, the new complex will surpass even those industrial giants that existed during the Soviet era.

Within a few years, Russia itself will begin producing super-large ocean tankers and special ice-class vessels that can operate on the Arctic shelf.

In fact, our country can create the first and most powerful Arctic fleet in the world. Nikolay Patrushev, Secretary of the Security Council of the Russian Federation, told the Rossiyskaya Gazeta on how the construction of the Far Eastern Shipbuilding Center will affect the economy and security of the country.

Nikolay Platonovich, you were at the construction site of the future shipbuilding center in the Big Stone. What role does the emerging complex in Primorsky Krai play in ensuring national security?

Nikolay Patrushev: The commissioning of Zvezda IC will help ensure national security and state interests in the field of maritime activities.

By 2020, the Zvezda will begin production of tankers with a tonnage of 350 thousand tons and other equipment for the Arctic
It will be the largest and most modern civilian shipyard in Russia and the first one focused on large-capacity shipbuilding, which in the Soviet Union was concentrated in Ukraine in the city of Nikolaev. IC "Star" will work to ensure economic security.

It is assumed that by the year 2020 Zvezda will begin to produce tankers with a displacement of 350 thousand tons, gas carriers, ice-class vessels, special vessels, elements of offshore platforms and other equipment for energy projects on Russia's offshore shelves.

The fact is that the Russian shelf - especially in the Arctic latitudes - is the main zone where we should expect the most noticeable increase in oil resources and reserves, the discovery of large deposits. This makes the construction of oil platforms and fleet for its development.

How is construction going? What problems do you have to face?

Nikolay Patrushev: The full commissioning of the whole complex of shipbuilding complex production is planned to be completed at the end of 2024 of the year. At the same time, the input of the first production workshops is planned from the second half of 2016 onwards. We are talking about the warehouses of metal and equipment, the block of body production and painting chambers, workshops for the consolidation of blocks of housing, saturation, outbuilding embankments and other objects.

Equipment installation is now being completed, suppliers are fulfilling their obligations. There are a number of problems that need to be addressed. These are the questions that have arisen in connection with the imposition of economic sanctions against Russia. There are also difficulties depending on climatic conditions, on difficult logistics and lack of personnel. Following the results of my trip to Primorsky Krai on the progress of the construction of IC Zvezda, I reported all the problems of the enterprise to the President of Russia.

The reaction of the head of state certainly followed, because it was Putin who in 2013 ordered the creation of a shipbuilding center?

Nikolai Patrushev: Of course. Construction of IC "Star" is under constant control of the president. Recently, Vladimir Vladimirovich held a meeting on the implementation of the project for the construction of the Far Eastern Center for Shipbuilding and Ship Repair. The President set the task to resolve issues related to the creation and commissioning of priority facilities of production, energy, transport and social infrastructure.

Instructions were given to increase the level of coordination and efficiency of the activities of government bodies and interested oil, shipbuilding and other companies.

In addition, it was entrusted to develop a promising strategy for the development of the production base on the basis of the formed portfolio of orders for ships and marine equipment.

By the way, Rosneft, Gazprom, NOVATEK and Sovkomflot have already signed agreements of intent with the Far Eastern Shipbuilding and Repair Center, which provide for the placement of orders for the construction of ships, drilling platforms and civilian marine equipment at Zvezda. . These same companies suggest that in the near future a long-term plan should be developed to load the enterprise for the period up to 2035. The issues of delivery of large-format steel sheet for the manufacture of vessels are considered.

It is planned that after commissioning, about 7500 people will work at the shipyard. This is a good number. Therefore, the task has been set to provide the plant with qualified personnel and create comfortable living conditions for them.

The meeting also noted that the appearance in Russia, on its Pacific coast, of its own shipbuilding cluster will give a significant multiplier effect for a number of related industries. As a result, a significant impetus will be given to the complex socio-economic development of the regions located within the Far Eastern Federal District and the Arctic zone of our country.

Russia conducted large-scale full-scale geological and geophysical studies in the Arctic Ocean to study the geological nature of the Mendeleev Range and the Lomonosov Ridge, a bathymetric survey, and seismic studies. In October, the last 2014 of the year (as part of the preparation of the application) expedition to the Arctic - geological and geophysical studies in the basin of the Podvodnikov and Amundsen basins - beyond the 200 miles. The high-latitude expedition crossed the North Pole, where previously there were no such studies. In general, the Russian Federation claims to 1,2 million thousand square kilometers outside the established 200-mile economic zone.

The site extends more than 350 nautical miles from the coast and contains estimated hydrocarbon resources of 4,9 billion tons of standard fuel. According to the UN Convention on the Law of the Sea, offshore the seabed and its subsoil are "the common heritage of mankind." However, the state can expand its economic zone if the seabed outside it is a natural continuation of the continent. Denmark, Canada, Norway and the USA also claim to the territory under the Arctic Ocean.

Ctrl Enter
Noticed oshЫbku Highlight text and press. Ctrl + Enter
We are
List of destroyed the largest and most high-tech enterprisesShale gas perspectives: myths and reality
78 comments
Information
Dear reader, to leave comments on the publication, you must to register.