In the United States conducted a test ICBM "Minuteman-3"

February 27 2016
226
The Pentagon conducted a test launch of an intercontinental rocket Minuteman-III without a combat charge, reports Look with reference to the Reuters agency. 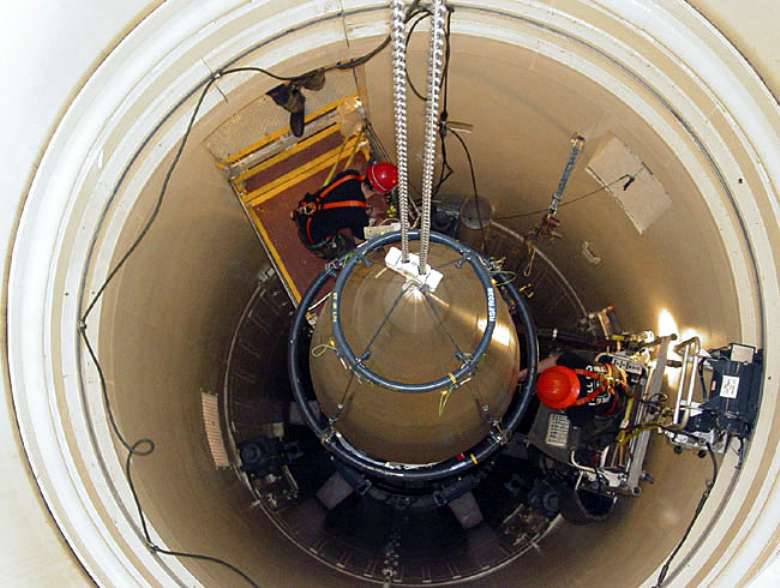 According to the publication, "the launch was carried out from the airborne base Vandenberg, located on the coast north-west of Los Angeles, on the night of Friday local time."

"According to the scenario of the exercise, after about 30 minutes the rocket successfully hit a conventional target, located at a distance of 6,5 thousand kilometers in the Marshall Islands in the Pacific Ocean," the agency reported.

As stated by the Deputy Head of the Pentagon, Robert Wark, “the launch goal was to demonstrate the capabilities of the US nuclear potential to countries such as Russia, China, and North Korea.”

“The United States, Russia and China routinely launch missiles to prove they are reliable. This is a signal confirming our readiness to use nuclear weapon for the defense of the country if necessary, ”he added.

Earlier, American media reported that the US Armed Forces are armed with the 450-i order of the Minuteman-3 ICBM, which are located at the 3-x bases in Wyoming, Montana and North Dakota.

Ctrl Enter
Noticed oshЫbku Highlight text and press. Ctrl + Enter
We are
North Korea promises a “sea of ​​fire" in response to "provocations"The Dangerous Future of US Strategic Forces (PetroleumWorld, Venezuela)
226 comments
Information
Dear reader, to leave comments on the publication, you must to register.