February 27 2016
43
Three American bomber B-52 will take part in NATO exercises Cold Response ("Cold response"), which will be held in Norway, reports RIA News message of the press service of the Strategic Command of the Armed Forces of the United States. 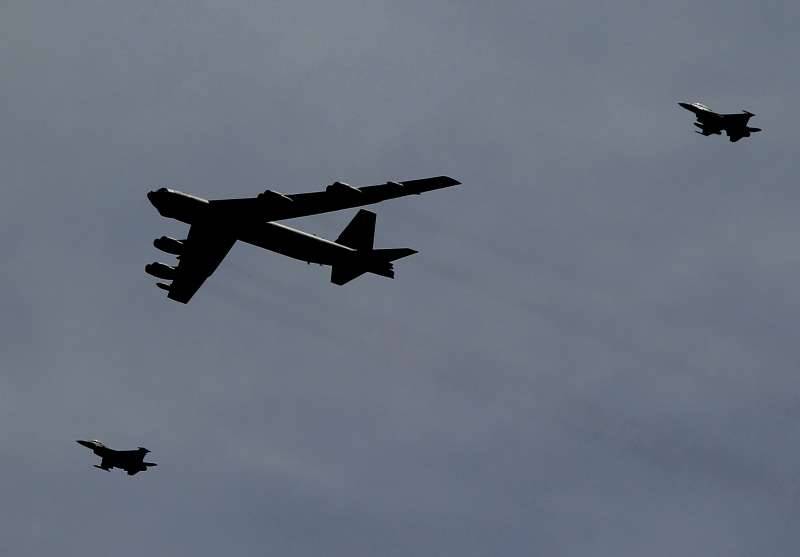 “Three B-52 Stratofortress and more than 200 Air Force troops ... sent today to Moron Air Force Base in Spain. Multipurpose heavy bombers will be integrated and will conduct a joint exercise with the European Command of the US Armed Forces and regional allies and partners, taking part in the Cold Response Norwegian maneuvers, ”the release said.

"The presence of B-52 at the exercise will demonstrate the ability of the United States to carry out global operations with the participation of bombers," the press service cites the statement of the head of the Strategic Command, Cecil Haney.

Admiral recalled that "strategic aviation along with intercontinental ballistic missiles and submarine missile carriers, it is part of the nuclear triad that underlies the concept of strategic deterrence. "

The maneuvers will take place from March 2 to March 9, around 15 thousand troops from the NATO 13 member countries of NATO and Sweden will be involved in them.

Ctrl Enter
Noticed oshЫbku Highlight text and press. Ctrl + Enter
We are
The Economist: who will fight in the next war?The action “Military service under the contract is your choice!” In Rostov-on-Don: future contract servicemen, exhibitions and “Russian Knights”
43 comments
Information
Dear reader, to leave comments on the publication, you must to register.