February 29 2016
85
From last year's material portal "Lenta.ru"whose correspondent interviewed the fugitive accused Ilya Ponomarev, while at the same time for a strikingly long time remaining deputy of the State Duma of the Russian Federation (the interview publishes I. Ponomarev in his Learn):


State Duma Deputy Ilya Ponomarev does not intend to either return to Russia or seek political asylum in the United States. Instead, he will do attracting Russian emigration to the elections to the State Duma 2016 of the year.(...)

Question of the journalist:
How do you assess the risk of losing the mandate?

Ponomarev's answer:
I think the "United Russia" will not give the Social Revolutionaries such joy. Why let them earn some points on it and diminish opportunities for criticism? To curry favor with the Kremlin is the work of the ruling party, there is complete monopoly.

Ponomarev's answer:
This is a resource from which I will not refuse.

Our portal has repeatedly raised the topic of how it happened that a frankly anti-Russian-minded figure who fled Russian justice abroad — to a country that imposed sanctions on the Russian Federation, not only continues to receive deputy “wages” in Russia, but also formally to represent the Novosibirsk region in the Duma, from which he was elected to parliament ... As a person who leads, outside the country, frank anti-state activities and at the same time lured by the "friends" of Russia from Shato , can represent the Russian region and its inhabitants in the Russian parliament? .. State Duma deputies, it would seem, quite reasonable questions to answer these questions are strangely reluctant, trying to constantly detect certain “difficulties” of a legislative nature, as if they are not endowed with powers that all difficulties allow to overcome. In general, questions about the system of Russian parliamentarism, which, it seems, managed to grow out of short pants, remain unanswered. In the meantime, these questions are not answered, Mr. Ponomarev continues to travel around abroad and in the format of all sorts of talk shows and interviews not only to smear Russia with mud, but also openly extremist appeals.

Someone can say: well, here the author just goes too far - when did this “deputy” Ponomarev say something extremistly illegal? - Yes, just the other day. Being in the studio of the Ukrainian TV channel NewsOne and listening to the questions asked by the leading broadcast on the Ukrainian Move, Ponomarev answered these questions in a way that draws special attention to himself. 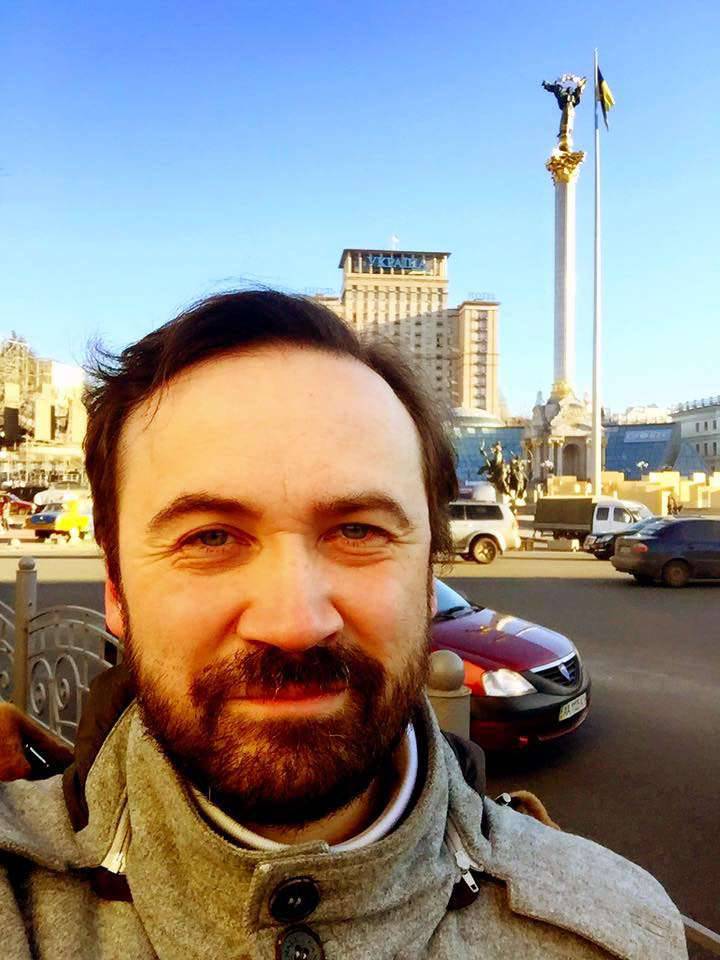 In addition to regular reflections on the fact that after the end of the presidency, Russian President Vladimir Putin “will have no place where he can escape from Russia — Lukashenka and Kim Jong Un will not accept”, the “deputy” Ponomarev said to Ukrainian viewers that: According to him, he does not understand the Ukrainians due to the fact that they did not shoot at the servicemen of the Russian army in the Crimea.

When we discussed with the same Mr. Pashinsky, who presented the report, with other people who participated in the process of that very memorable meeting of the National Security and Defense Council (National Security and Defense Council - National Security and Defense Council of Ukraine), they kept repeating: there was a huge concentration on the borders of Ukraine The army group of Russia, three and a half hours before Kiev, was ready for aggression, and only by the fact that we did not defend the Crimea, did not shoot, did not give a reason, we thereby preserved the integrity of Ukraine. I honestly say that I absolutely do not believe in this version. I said then that it was necessary to defend the Crimea, and just the fact that no one shot anywhere, no one resisted, and this allowed the annexation of the Crimea first, and then those people who participated in the annexation of the Crimea went quite independently to the east Ukraine, and pursuing personal vested interests, they unleashed a war there, in which the Russian Federation then became involved.
The full version of the interview of Mr. Ponomarev in the program “Know first”:

So, from Ponomarev’s statement, it becomes clear that

a) the deputy (and de jure Ponomarev, as already noted, is still a deputy, although deprived of parliamentary immunity) of the State Duma of the Russian Federation had (and apparently continues to have) contacts with senior officials of the National Security and Defense Council of Ukraine, the current head of which is Turchinov - and became the Mr., who signed a document on the beginning of the civil war in Ukraine;

b) State Duma deputy openly post factum speaks of his appeal to the authorities and the people of a foreign state to confront citizens of Russia (in Crimea) with weapons in hand.

If the deputy Ponomarev and after this is still a deputy, then either from a legal point of view in our system of parliamentarism reigns complete, forgive me, the seams, or the deputy Ponomarev is preparing to receive a letter and an asterisk (at least a tag ...) on the shoulder straps, as a valuable copy in the rear of the enemy with the status of an ardent oppositionist and a badge of the deputy of the State Duma of the Russian Federation on his jacket lapel, perceived behind his hill in the board ...

Ctrl Enter
Noticed oshЫbku Highlight text and press. Ctrl + Enter
We are
MPs in lawDeputy Ponomarev "knows everything" about Putin's plans
85 comments
Information
Dear reader, to leave comments on the publication, you must to register.