The main forge of Russian weapons 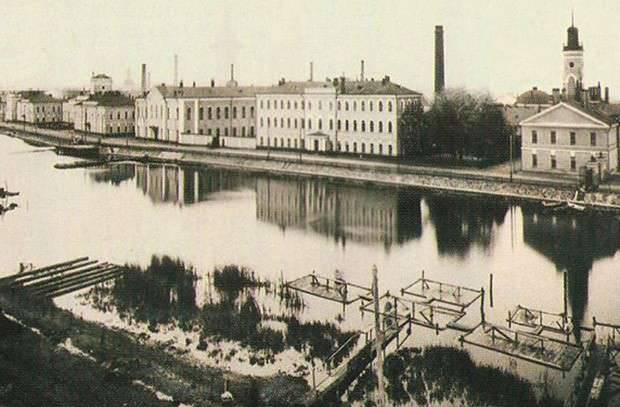 26 February 1712, the decree of Peter I laid the foundation for the Tula Arms Factory

В stories Russia and the Russian army of Tula and its defense plants have always played and will play a tremendous role. This city is not without reason called armory the capital of Russia, then the main forge of Russian weapons. Even though today there are larger and more important plants for the country's defense, in the Urals and Udmurtia, but the Tula gunsmiths will forever remain, perhaps, the most famous and most legendary. And most importantly - the first. After all, the decree of Peter I on the organization in Tula of state production of weapons for the new Russian army was promulgated on February 15 (26), 1712.

For more than three centuries of its history, the Tula Arms Plant, which once bore the name "Imperial Tula Arms Plant of the Main Artillery Directorate" (received it by decree of Emperor Alexander II from 13 September 1875 of the year), and after that - "Tula Emperor Peter the Great Arms Plant" ( since 28 February 1912, to commemorate the 200 anniversary, has experienced many significant events. Some of them, the brightest, and the most famous models of Tula weapons, should be remembered on the birthday of the plant.

What commanded Peter I

The decree of Peter I, which laid the foundation for the state-owned production of weapons in Tula, was called “Name, announced from the Senate. “On the determination of Prince Volkonsky’s head at the Tula factories, and on the management of these factories in terms of artificial and economic” (the punctuation of the original has been preserved). It said: “The great sovereign pointed out: according to his own great sovereign decree, at the Tula weapons factories masters make guns per year: dragon and soldier’s 15 000 fuses with knives, made of Siberian iron; and for that gun to those masters, give each ruble on 24 altyn on 2 money for a fuzea with a knife. And to be in the arms business of Mr. Prince Volkonskogo. And for the best way in that weapon case, having found a convenient place at that gun-house, build factories where you can drill and select guns and guns and sharpen knives with water. And if by that weapon business and to every plant there must be some skill for foreigners or Russian people: and to him, Mr. Prince Volkonsky, to find such people and use them for that weapon business, and to increase this skill in that settlement in that settlement guns determined to be done with a lot of increase. And a gun like a dragoon and a soldier, as well as pistols, when commanded, should be made with one caliber ”.

Thus, Peter's decree not only stipulated the creation of the first Russian state arms factory, not only determined the volume of state order for modern weapons for the new Russian army, but also for the first time in Russia! - set the task of producing weapons of a single caliber. In this sense, the Russian Tsar almost overtook Europe, where far from all countries came to the idea of ​​weapons of a single caliber at that time.

The contract for the production of Maxim's machine guns at the Tula Arms Plant was signed in March 1904, and in May its mass production began. The weapon, which was supposed to be as mobile as possible, was at that time mounted on a heavy towed carriage with large wheels and a seat for the machine gunner. In this form, Maxim's Tula machine guns got into the Russian-Japanese war, during which it became clear that they should be much lighter and more compact. As a result, in the 1909 year, the Main Artillery Directorate held a competition for the modernization of the machine gun, which won the version of the Tula gunsmiths. They replaced some of the heavy bronze parts with lighter steel parts, and most importantly, they designed a new, compact and light machine and a new broneschit. But most importantly, the Tula masters were able to develop and implement such a system for precise processing and preparation of machine gun parts, in which they became completely interchangeable. A similar result of the unification of parts of the machine gun Maxim at that time was not achieved by any weapon factory in the world.

The trilinear was born here.

The famous Mosin three-line rifle is one of those weapon models that have earned fame not only for its creator, but also for the plant that set up their production, not to mention the country they represent. Its designer - the captain (at that time) Sergey Mosin - got to work at the Tula Arms Plant in 1875, right after he graduated from the Mikhailovsky Artillery Academy with a gold medal. After eight years, gaining experience, Mosin began to develop the first store rifles. And in the 1891, his three-line rifle caliber - that is, the 7,62 mm - as a result of heavy rivalry with the Belgian rifle Leon Nagant gained the upper hand in the competition for a new full-time rifle of the Russian army. She was commissioned under the name "Three-line rifle sample 1891 year."

In 1900, at the World Exhibition in Paris, it was such a rifle, and not specially made, but taken from the regular party, won the Grand Prix. In the ranks in their homeland, the three-lane, modernized in 1930, remained until the middle of the 1970's. For almost a century of service, it has earned the fame of one of the most long-lived, reliable and simple in design and maintenance of weapon systems in the world. 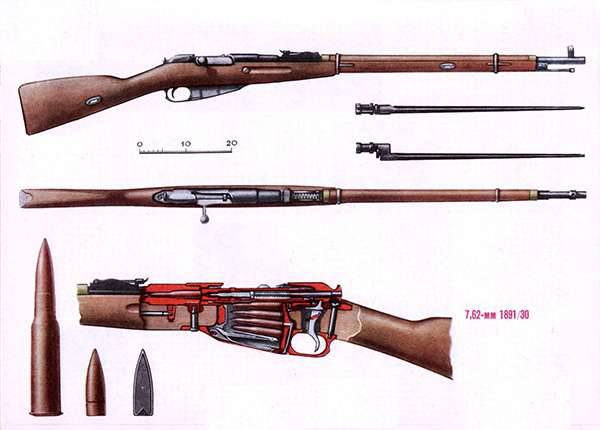 Mosin rifle. Photo: tehnika-molodezhi.com
To defend - so their own!
October 29 1941 advanced units of the Wehrmacht approached the outskirts of Tula - so began an unprecedented forty-three-day defense of this city, which became one of the most heroic pages in the history of the Great Patriotic War. By this time, a substantial part of the Tula Arms Plant had already been evacuated: the transfer of people and equipment to the east began half a month before (and in November the plant, which had settled in a new place in the city of Mednogorsk, Orenburg Region, had given the first production). Only a little more weapon capacity remained in the city than was required to maintain a weapon that had already been released. But the Tula militia, which constituted a substantial part of the defense forces, did not have enough weapons. And then the Tula Arms Factory launched the production of a submachine gun created by one of the local gunsmiths - Sergey Korovin, the author of the famous "general" small-caliber TC pistol ("Tula Korovin"). It was an amazing machine: very light, it almost entirely consisted of stamped parts, which greatly accelerated and simplified the process of its production. The militia quickly appreciated such a feature as a low rate of fire. The thirty-one shop PPK released twice as slowly as PCA - its 76 cartridges, and therefore shot much more closely.

The Tula Arms Factory was famous not only for the Mosin rifle, the Maxim machine gun and the Korovin submachine gun. Among other famous models of weapons that were created here and played a special role in the Great Patriotic War, was, for example, the Tokarev self-loading rifle of the 1938 / 40 type. It was created by designer gunsmith Fedor Tokarev, who developed another Tula legend - TT, that is, “Tula Tokarev”, the main pistol of the Red Army during the Great Patriotic War. SVT became one of the most famous self-loading rifles of the Second World War, losing the palm in the number of copies produced only by the American M1 "Garand", but kept the lead in the nomination "the most rapid-fire".

In Tula, ShKAS was also developed and produced - aviation rapid-fire machine gun Shpitalnoy-Komaritsky caliber 7,62 mm. This was the first example of such weapons in the USSR - and the main weapon of all Soviet fighters of the Great Patriotic War. Tula gunsmiths also created and assembled another example of aviation weapons - the 20-mm ShVAK air gun. This abbreviation stands for “Shpitalny-Vladimirov Large-caliber Aviation”: it was originally a 12-millimeter machine gun, but when it became clear that the caliber could be increased without affecting the operation of the system, it was converted to a gun.

Ctrl Enter
Noticed oshЫbku Highlight text and press. Ctrl + Enter
We are
Congratulations on the 285 anniversary of the birth of the Great Russian commander Alexander Vasilyevich Suvorov!Gunsmiths of Western Europe of the XVI century
7 comments
Information
Dear reader, to leave comments on the publication, you must to register.