Who stole the stealth 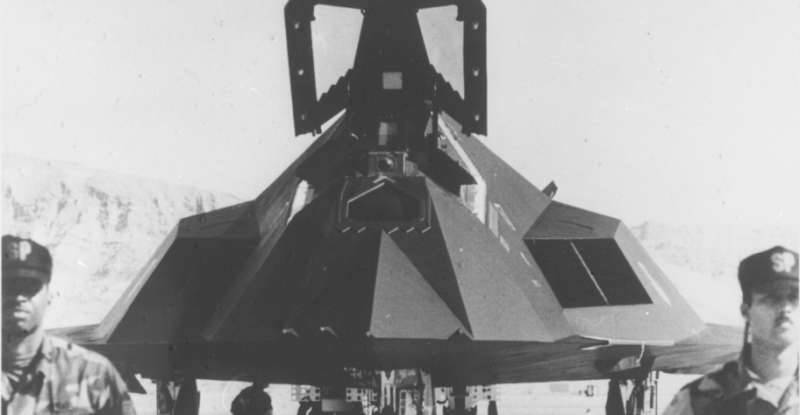 US court returns to the lawsuit against the Pentagon. Zoltek Corp. accuses the US military as well as its contractor of stealing stealth technology.

In the year of the twentieth anniversary of the filing of the first claim, Zoltek Corp. from St. Louis back to the old case. Rather, the company specializing in the development and study of composite materials, remembered him all this time, but only now she had the opportunity to try again to prove that the Pentagon uses the technology of "stealth", without paying for it. Or, quite simply, by stealing it.

The Court of Appeal decided to return to the Zoltek Corp. lawsuit filed back in March 1996. The court’s statement says that the judge mistakenly declared the Zoltek patent invalid, on the grounds that scientists allegedly and without a patent knew at what temperature the electrical resistance of the carbon fibers changed. We are talking about the technology "stealth", which allows using various materials and in particular carbon fibers to significantly reduce the possibility of radar detection of combat aircraft and other objects.

The Washington Court of Appeals ordered the Federal Claims Court to return to the lawsuit, in which Zoltek claims that the US government is represented by the Department of Defense, and government contractor Lockheed Martin Corp. violated his patents. The first "invisible" F-22 fighter is made of Tyranno carbon fiber, which was developed using Zoltek techniques. The same claims have been made by Zoltek and against Northrop Grumman Corp., which created the first “invisible” B-2 bomber.

The documentation to the Patent Office Zoltek filed, reminiscent of Bloomberg, in 1984 year. The patent dates back to 1988. In the same year, the public for the first time, by the way, was shown a B-2 bomber, in which the revolutionary technology "stealth" was used.

A federal claim court in Washington denied Zoltek a claim because it concerns state security. Based on this law, government contractors are immune from prosecution. Under US law, the lawsuit was initially filed with the US government and only after that was Lockdown redirected.

Since then, the lawsuit Zoltek "roams" between the Claim and Appeals Court, by the way, located in the same building. In 2004, the Claims Court invalidated the Zoltek patent. However, the Court of Appeals overturned this decision based on a letter from 1987 of the year written by an engineer from Northrop Grumman Corp. The author of the letter admitted that he first saw the "invisible" material, as it was developed by Zoltek.

Now the metropolitan judge is once again going to consider a complaint of patent infringement by Zoltek. The Pentagon does not hide its intentions to again resort to the tested protection - the law on state secrets and state security. In 2013, then Air Force Secretary Michael Donley emphasized in a letter to the court that this was a matter of state security and secrets that US enemies could use to create their own invisible aircraft.

It is curious that while the lawsuit was wandering between the Claiming and Appellate Courts, the company Toray Industries Inc. bought Zoltek in 2014 for the 584 million dollars. So, in fact, Japanese businessmen are currently suing the US government.

Ctrl Enter
Noticed oshЫbku Highlight text and press. Ctrl + Enter
We are
I fight for the electric body! Ground mobile robots on today's and tomorrow's battlefield. US Technology OverviewInnovations in Passive Booking Solutions
37 comments
Information
Dear reader, to leave comments on the publication, you must to register.