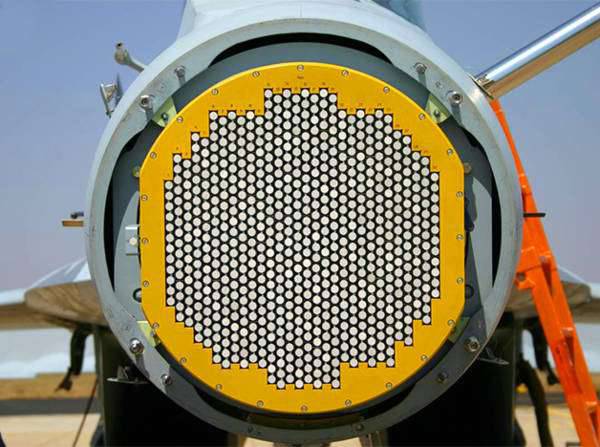 Today aviation inconceivable without radar. The airborne radar station (BRLS) is one of the most important elements of the electronic equipment of a modern aircraft. According to experts, in the near future radar systems will remain the main means of detecting, tracking targets and guiding them to a controlled weapons.

We will try to answer the most common questions about the work of the radar on board and tell you how the first radars were created and how promising radar stations can surprise them.

1. When did the first radar on board appear?

The idea of ​​using radar on airplanes came several years after the first ground-based radar appeared. In our country, the ground station Redut became the prototype of the first radar station.

One of the main problems was the placement of the equipment on the plane - a set of the station with power sources and cables weighed about 500 kg. It was unrealistic to install such equipment on a single-seat fighter of that time, so it was decided to station the station in a double Pe-2.

The first domestic airborne radar called the Gneiss-2 was put into service in the 1942 year. Within two years, more than 230 Gneiss-2 stations were released. And in the victorious 1945 year, Phazotron-NIIR, now part of KRET, began serial production of the Gneiss-5s aircraft radar. Target detection range reached 7 km.

Abroad, the first AI Mark I radar - the British - was put into service a little earlier, in 1939. Because of its heavy weight, it was installed on Bristol Beaufighter heavy fighter-interceptors. In 1940, the new model, “AI Mark IV”, entered service. It provided target detection at a distance of up to 5,5 km.

2. What is onboard radar? 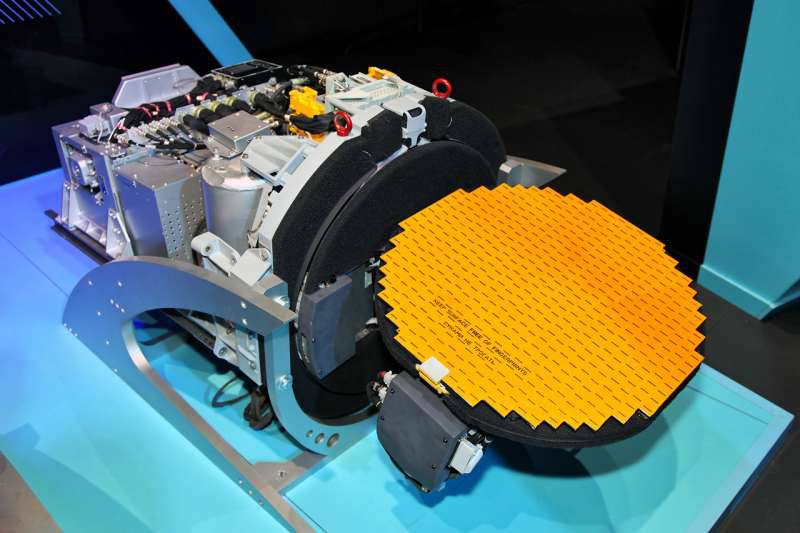 Modern radar systems operate in a range of different frequencies and allow detecting air targets with EPR (Effective dispersion area) of one square meter at a distance of hundreds of kilometers, and also provide support for dozens of targets during the passage.

In addition to target detection, today radar radios provide radio correction, flight mission and target designation for the use of guided airborne weapons, perform mapping of the earth's surface with a resolution of up to one meter, and also solve auxiliary tasks: following the terrain, measuring its own speed, height, drift angle and others .

3. How does an airborne radar work?

Today, modern fighters use pulse-Doppler radar. The title itself describes the principle of operation of such a radar station.

The radar station does not operate continuously, but with periodic shocks — pulses. In today's locators, the sending of an impulse lasts only a few millionths of a second, and the pauses between pulses last a few hundredths or thousandths of a second.

Having encountered any obstacle on the way of their propagation, the radio waves are scattered in all directions and are reflected from it back to the radar station. At the same time, the radar transmitter automatically turns off, and the radio receiver begins to work.

One of the main problems of pulsed radar is to get rid of the signal reflected from fixed objects. For example, for airborne radars, the problem is that the reflection from the earth’s surface obscures all objects lying below the plane. This interference is eliminated using the Doppler effect, according to which the frequency of the wave reflected from an approaching object increases, and from the outgoing object decreases.

4. What do the X, K, Ka and Ku ranges in the characteristics of the radar?

Today, the range of wavelengths in which airborne radar stations operate is extremely wide. In the characteristics of the radar station range is indicated in Latin letters, for example, X, K, Ka or Ku.

For example, the Irbis radar with a passive phased antenna array, mounted on the Su-35 fighter, operates in the X-band. At the same time, the detection range of the Irbis air targets reaches 400 km. 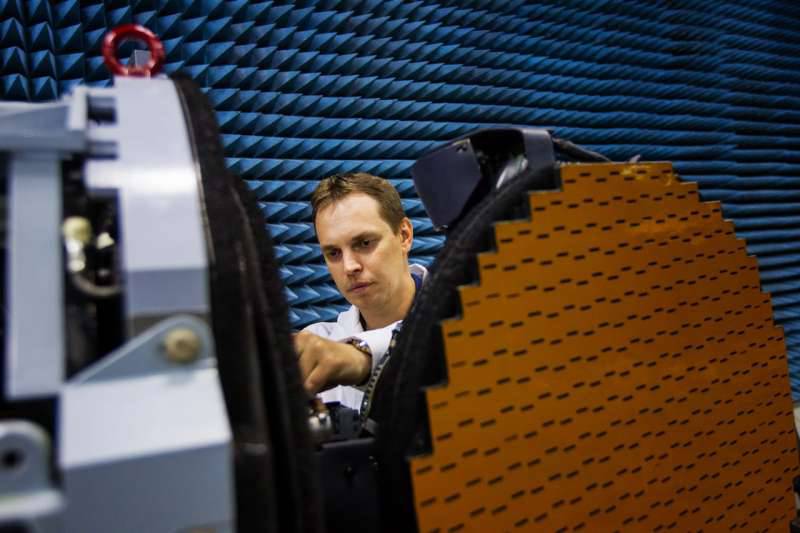 X-band is widely used in radar. It extends from 8 to 12 GHz of the electromagnetic spectrum, that is, these are wavelengths from 3,75 to 2,5, see. Why is it named that way? There is a version that during the Second World War, the range was classified and therefore received the name X-band.

All names of the ranges with the Latin letter K in the name have a less mysterious origin - from the German word kurz ("short"). This range corresponds to the wavelengths from 1,67 to 1,13, see. In combination with the English words above and under, the Ka and Ku bands, which are respectively “above” and “below” the K-band, received their names.

Ka-band radars are capable of operating at short distances and making ultra-high resolution measurements. Such radars are often used to control air traffic at airports, where using very short pulses - a few nanoseconds in length - determine the distance to the aircraft.

Often Ka-band is used in helicopter radar. As is known, for placement on a helicopter, the radar antenna should be small. Given this fact, as well as the need for an acceptable resolution, the millimeter wavelength range is applied. For example, the Ka-52 “Alligator” combat helicopter is equipped with the “Crossbow” radar complex operating in the eight-millimeter Ka-band. This radar developed by KRET provides the Alligator with enormous opportunities. 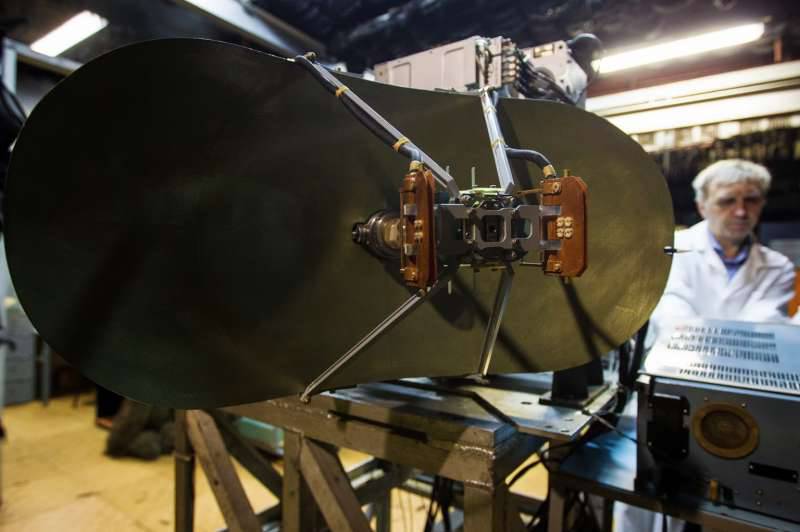 Thus, each range has its advantages and, depending on the conditions of placement and tasks, the radar station operates in different frequency ranges. For example, obtaining high resolution in the front sector of the review realizes the Ka-band, and increasing the range of the radar makes the X-band possible.

Obviously, in order to receive and emit signals, any radar needs an antenna. To fit it into the plane, they invented special flat antenna systems, and the receiver and transmitter are located behind the antenna. To see different targets with radar, the antenna needs to be moved. Since the radar antenna is massive enough, it moves slowly. At the same time, the simultaneous attack of several targets becomes problematic, because a radar with a conventional antenna keeps only one target in the “field of view”.

Modern electronics has allowed to abandon such a mechanical scan in radar. It is arranged as follows: a flat (rectangular or round) antenna is divided into cells. In each such cell there is a special device - a phase shifter, which can change the phase of an electromagnetic wave that enters the cell at a given angle. The processed signals from the cells arrive at the receiver. This is how you can describe the work of a phased antenna array (PAA).

And more precisely, a similar antenna array with many phase shifters, but with one receiver and one transmitter, is called a passive HEADLAMP. By the way, the world's first fighter equipped with a radar from a passive phased array is our Russian MiG-31. It was installed radar "Barrier" developed by the Research Institute of Instrument Engineering them. Tikhomirov. 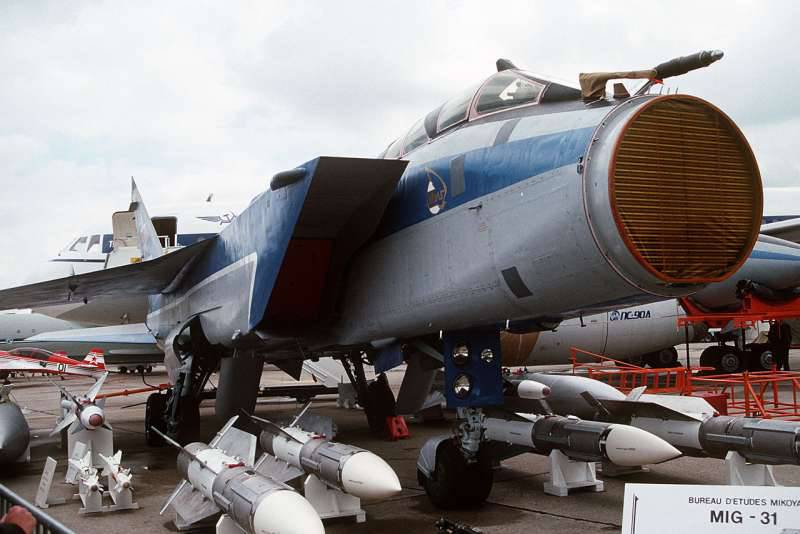 Active phased array antenna (AFAR) is the next stage in the development of passive. In such an antenna, each cell of the array contains its own transceiver. Their number may exceed one thousand. That is, if a traditional locator is a separate antenna, receiver, transmitter, then in AFAR a receiver with a transmitter and an antenna are “scattered” into modules, each of which contains an antenna slot, a phase shifter, a transmitter and a receiver.

Previously, if, for example, the transmitter failed, the plane became “blind”. If one or two cells, even a dozen, are affected in AFAR, the rest continue to work. This is the key advantage of AFAR. Thanks to the thousands of receivers and transmitters, the reliability and sensitivity of the antenna is increased, and it is also possible to operate at several frequencies at once. 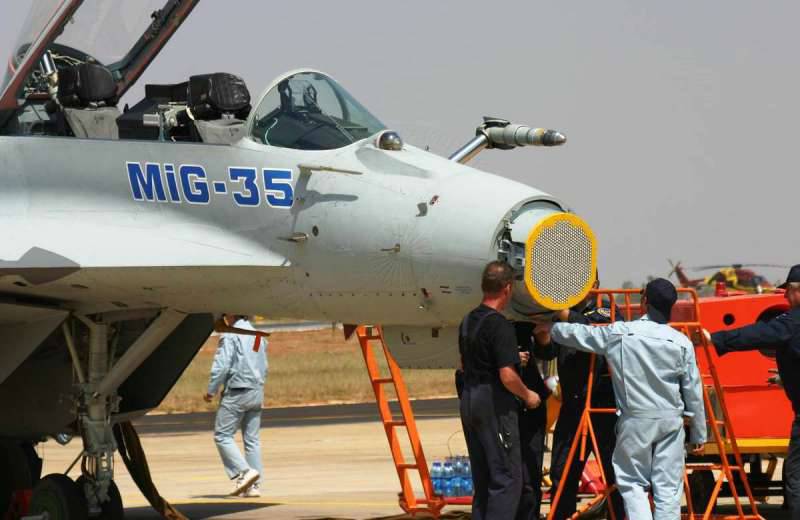 But most importantly, the structure of the AFAR allows the radar to simultaneously solve several problems. For example, not only to serve dozens of targets, but also in parallel with the review of space, it is very effective to defend oneself from interference, interfere with enemy radars and map the surface, getting high-resolution maps.

By the way, Russia's first airborne radar with AFAR was created at the KRET enterprise, at the Fazotron-NIIR corporation.

7. What radar will be on the fifth-generation fighter jet PAK FA?

Among the promising developments of KRET are conformal AFAR that can fit into the fuselage of the aircraft, as well as the so-called "smart" airframe of the airframe. In the next generation of fighters, including the PAK FA, it will become like a unified receiving-transmitting locator, providing the pilot with full information about what is happening around the aircraft.

The PAK FA radar system consists of a perspective X-band AFAR in the nose compartment, two side-view radars, and an L-band AFAR along the flaps.

Today, KRET is also working on the creation of a radiophotonic radar for the PAK FA. The concern intends to create a full-scale model of a radar station of the future before 2018.

Photonic technologies will expand the capabilities of the radar - to reduce the weight more than twice, and increase the resolution capacity tenfold. Such radars with radio-optical phased antenna arrays are capable of making a kind of “X-ray photograph” of airplanes located at a distance of more than 500 kilometers, and give them a detailed, three-dimensional image. This technology allows you to look inside the object, find out what equipment it carries, how many people are in it, and even see their faces.

Ctrl Enter
Noticed oshЫbku Highlight text and press. Ctrl + Enter
We are
A brief photo essay about the largest US Air Force aircraftAn-12 in Afghanistan
17 comments
Information
Dear reader, to leave comments on the publication, you must to register.