February 26 2016
425
The video of the TOW-2 rocket hitting the T-90 tank of the Syrian army that appeared on the network aroused a wide discussion among users. Publications appeared with titles like “hit the first tank T-90”. However, according to the expert on armored vehicles Alexey Khlopotov, there is no evidence that the vehicle was hit. 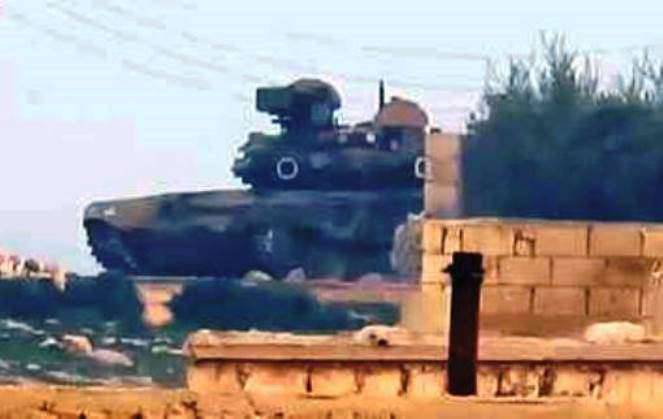 “If we carefully watch the video, we see that initially, the tank fired single shots from the NSWT in the direction of the threat.

The system "Curtain" for some reason did not work, although the illuminators of the optic-electronic countermeasures complex were open. It's hard to figure out where to hit. Perhaps in the frontal part of the hull or tower.

A subsequent fire and or explosion, apparently, was not observed, because otherwise, it would be a continuation of the fire show video for militants. It can be seen that the gunner-operator survived and left the tank.

That is, there is no evidence that this tank was hit or somehow seriously damaged. It is possible that even he moved away from the place of defeat under his own power in order to repair external injuries in the rear. ”

Ctrl Enter
Noticed oshЫbku Highlight text and press. Ctrl + Enter
We are
The National Interest: TOW vs. Armata complexInnovation Day of the Southern Military District: the main battle tank T-90A
425 comments
Information
Dear reader, to leave comments on the publication, you must to register.