What do children know about their great-grandfathers

March 1 2016
19
I really hope that you, dear readers of the Military Review, will not bypass the children's revelations and precious memories of their families. Because it is written from the heart, and the guys are very important that their impulse was appreciated.

Although in June 1941, my great-grandfather Patra Vasilyevich Gribakov turned only twenty-two years old, he was already the head of a solid family, raised three daughters and cared about his own farm.

Great-grandfather went to the front in the early days of our global misfortune. Although the great-grandmother hoped for luck and happiness, she knew the character of Pyotr Vasilyevich - always be in the heat. And so she was very afraid, did not sleep at night, waiting for the postman. But luck seemed to protect Pyotr Vasilyevich. For almost four years he was a gunner in the guards tank brigade and never got injured. Even from the terrible crochet near Stalingrad came out unscathed. 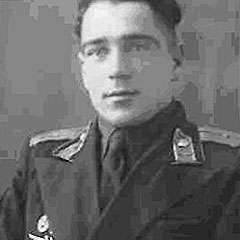 All over Russia, the soldier Gribakov walked and rode, freeing her from the Nazis. But October 15 1944 happened what great-grandmother was so afraid of: a bullet hit him in Poland. The death of my great-grandfather was seen by his close comrade, who himself buried the soldier Peter Vasilyevich on the battlefield and installed a rifle instead of a monument.

Funeral postman read aloud to the family and neighbors of Peter Vasilyevich. Great-grandmother did not marry a second time, raised children alone.

when I was not yet a schoolgirl, but was only going to go to the first grade, I carefully considered the family album and suddenly I saw a black and white picture of a young man in military uniform with a child in her arms. I didn't know this man. And she began to ask her grandmother about him. It turned out that my dad's grandfather, Nikolai Dmitrievich Krylov. Unfortunately, my grandmother told me a little about him that day. To find out more, we went together to my great-grandmother Vale, his wife. And that's what they found out.

Nikolai Dmitrievich was born on August 3 1928 in the village of Bolshoi Vyaz, Penza Region. Surname Krylov means "take off". So great-grandfather dreamed of flying.

When the war began, he was still a teenager - only thirteen years old. Many countrymen from his village became pilots. And Nikolay, of course, was not taken to the front, although he went to the military registration and enlistment office many times. I had to wait for three years. And in 1944, he entered the military-technical school of the city of Bataysk, Rostov region. Nikolay wanted to fight, therefore, having graduated from external studies, he left for the Belorussian front. He served as a technician in the assault squadron, and it seems to me that something was similar to the famous Makarych - the hero of the film “Only old men” go to battle, the role of which was brilliantly played by the actor Smirnov.

Once a padded plane landed on the airfield, there was a seriously wounded pilot in it. It was impossible to delay. A few more minutes - and the car would have exploded with the man. Great-grandfather rushed to the burning plane. He pulled the pilot, but did not manage to carry him far away, as the explosion was heard. The pilot was still alive, and Nikolai Dmitrievich was seriously injured.

After the war, great-grandfather served at the military airport of the city of Lipetsk. Once there was an accident, Nikolai Dmitrievich was wounded again. Because of this, he soon began to lose his sight, and his commission.

Great-grandfather did not become a pilot. He only approached the sky, but he did not fly. But he did not spare the strength to fly others. And he named his firstborn Valery - in honor of the famous Valery Chkalov.

1941 year. Our soldiers are going to the front from the village of Teploe, Lebedyansky district. Around them are wives, sisters, mothers, children. The mood, of course, sad. And suddenly the seven-year-old Kolya Nenakhov joins the fighters. And obviously going to leave them to fight the fascists.

- Where are you, lad? The soldiers asked the boy.
- Fritz beat!
- A weapon you have?
- And how! Two slingshots.
“I suppose Mother doesn't know that you ran away?”
- Does not know. I told her that I would be back in the evening.
- Why in the evening?
- So the war will end
.
Of course, everyone laughed and sent Kolya home. Since then, the village began to say: "If Nenakhov is with us, the war will end quickly." But the war, unfortunately, was very long.

Once in the forest, not far from the village, Kohl found a wounded soldier. The soldier was so weak that he could not walk. And it was impossible to leave him - the first snow had already fallen, frost had hit, the fighter would freeze. And then my future great-grandfather built something like a sledge from the branches and dragged the fighter to the village.
The fighter (his name was also Nikolai) recovered and went to the front again. And to his savior, Kolya Nenakhov, he left a pouch for memory. This great-grandfather's cigarette kept all his life and gave to his grandson, my dad.

Kolya Nenakhov never escaped to the front. And he was very sad that he did not succeed in forging a single fascist. But he was comforted by the fact that his adult friend Nikolai did it for him.

When the war began, my great-grandfather, Boris Grigorievich Gorsky, had just graduated from the Moscow Military Engineering School. He was appointed commander of the sapper company and sent to Kharkov. He participated in the defense of Kiev, was surrounded, but by a miracle with the remnants of the fighters he made his way to his own. 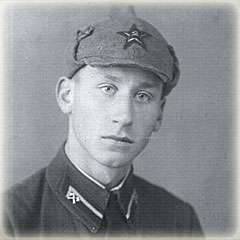 Throughout the war, great-grandfather served in the engineer-engineering forces. He became the commander of the pontoon battalion, and he celebrated Victory Day in Odessa. But the war for him was not over. Boris Grigorievich was sent to Marseilles, where he freed and returned to his homeland our soldiers who were captured in German.

After the war, great-grandfather worked in the construction industry. And even at ninety years old, Boris Grigorievich did not lose his strength to life. He loved sports, chess, books, was interested in politics, went fishing. Why, he even drove his own car!

And my great-grandfather, Fedor Ignatov, served as a driver at the front. Once he drove to the headquarters of the Don Front two doctors. One of them had an attack of appendicitis. The road was coming far, it was necessary to get to the headquarters as soon as possible. And then an operation is urgently needed (it turned out that the soldier had been bad for several days already), and there is no place to stop!

“Do the surgery right in the back,” said great-grandfather. - I will drive the car so quietly that you will not even feel it. And if I do not keep my word, cut off my right hand with a scalpel.
- How can you quietly drive the car if there are potholes around?
- See, there is no other way out.

I had to obey my great-grandfather. The doctor did the operation successfully, because the car really did not shake - so skillfully the chauffeur drove it! When the second doctor came to his senses, he asked if it was true that the car was driving all the time. And he said that he would never have believed it if they had not arrived at headquarters before the appointed hour.

Ctrl Enter
Noticed oshЫbku Highlight text and press. Ctrl + Enter
We are
My great-grandfather ... my grandfather ... my uncle ... my father ...Myths of the Great Patriotic. Papier mache helmet
19 comments
Information
Dear reader, to leave comments on the publication, you must to register.