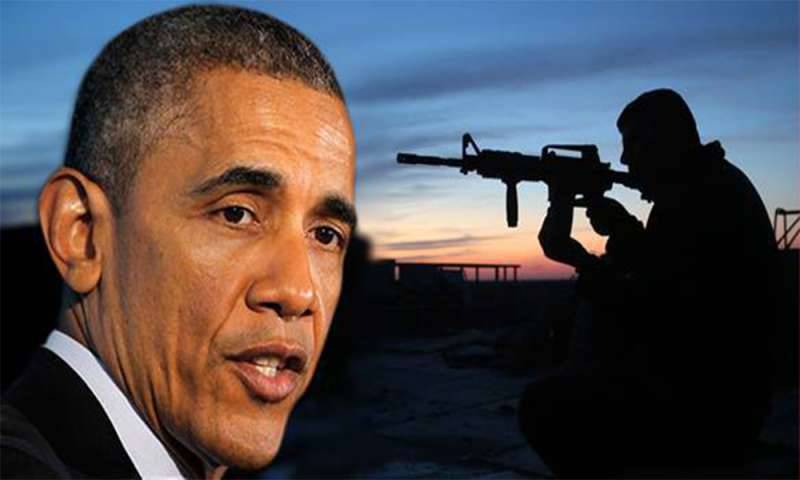 World politicians and leaders of all countries have long trumpeted that the creator of LIH is none other than the United States, or rather the special services, and also voiced, for which they destroy some countries.

Now Kennedy Jr. believes that the military conflict with Bashar Assad arose due to the wrong policy of the Syrian President towards the United States - the desire of the United States to dominate the distribution of Syrian gas and energy.

Thus, in an interview with Politico, Kennedy said that the conflict with the Syrian president arose as a result of his refusal to build a gas corridor from Qatar to the EU countries.

The war against the Syrian leader was organized in 2011, not through peaceful processions and protests, but in 2000, as a result of Qatar’s proposal to build a ten billion-dollar gas pipeline. This pipeline was supposed to pass through Saudi Arabia, Jordan, Syria, as well as through the Turkish state - he explained.

This gas pipeline would give a decisive superiority to the Sunni kingdoms of the Persian Gulf in the gas and oil markets, thus raising the influence of Qatar, an ardent ally of the United States.

Having agreements with Russia and sharing their views, Syrian President Bashar Assad did not sign the fateful decision to build a gas pipeline that was only for the benefit of the United States. The choice was made in favor of the branch going from Iran to Lebanon, which makes them the leading gas transporters to Europe.

The media noted that, representing the interests of the Russian Federation, Syrian President Bashar Asad did not sign an agreement on the construction of a gas pipeline, endowing Shiite Iran with leadership in transporting gas to the EU, which does not fit the interests of the Sunni Arab East.

Having been refused, the special services of America and its allies in the face of Saudi Arabia and Israel planned a number of disturbances in the Syrian state with the aim of overthrowing the intractable leader, providing all necessary opponents of the Assad regime.

These facts are confirmed by reports classified as secret by Kennedy. In these documents, the transfer of funds in the amount of 6 million dollars to the channel “Barada” is noted in order for it to prepare a number of plots aimed at the removal of President Al-Assad.

Kennedy also noted that the regime "was much more moderate than the Sunni monarchies, Syria was a secular country with a pluralistic top, and Asad advocated liberalization and provided the CIA with the necessary information after the September 11 attacks."

Kennedy also found out that in 2013, the Sunni monarchy promised the United States to cover all their overthrow costs if they removed the Syrian president.

In Congress, these words were confirmed by US Secretary of State John Kerry. "In fact, some of them said that if the US is ready to do all the work, as we did before in other places (in Iraq), then they will bear the costs."

The State of Qatar has funded the overthrow of Assad, sponsoring militants worth 3 billion dollars, inviting the rebels to the Pentagon for training. About this reports Politico.

US military experts initially assumed to act on the territory of Syria not with their own hands, but through radical jihadists. As planned, they will create their own battalions, forming a new Islamic caliphate from the Sunni regions of Syria and Iraq.

Focusing solely on their interests in the gas and oil industries, the CIA agents involved the jihadists, who would surely replace the power in the Middle East.

These groups have been cultivated by the United States to fight the USSR since the 1947 year, since they knew that radical religious forces could significantly influence the internal policy of that state, Kennedy assured. The failed coup in 1957, which the United States of America in Syria tried to overthrow Soviet power, was not crowned with success. The creation of the movement "IG" is the result of a long-standing stories American pressure on the Union, he explained.

Historians and theologians are sure that the States are involved in the creation of the ISIL terrorist group. For example, in the Washington Post article, Juan Cole stated that the White House’s miscalculations in the invasion of Iraq stimulated IG growth.

About the organization of the IG also testify and special services, as reported in the report of the DIA. The analysis of events in the Middle East confirms that the overthrow of unwanted power by ISIS was beneficial to Washington.

In addition, the former British leader, Tony Blair, in an interview with CNN, said that the invasion of Iraq by American forces in 2003 had contributed to the creation of the Islamic State.

Thus, it can be concluded that the United States throughout its existence is striving for world power, and such leaders as the former USSR and present-day Russia interfere with this, making the world bipolar.

Ctrl Enter
Noticed oshЫbku Highlight text and press. Ctrl + Enter
We are
What you didn't want to know about EnglandInterview by President Bashar Al-Assad to the Sunday Times
65 comments
Information
Dear reader, to leave comments on the publication, you must to register.