Ministry of Finance will test recipe 12-year-old, or Viva Kudrin

February 26 2016
167
In the autumn of 2015, government economists predicted a rise in oil prices to 45-50 dollars per barrel by March of 2016. There are only a few days left until March, and there is clearly nothing foreshadowing a barrel jump on 15 over a dollar. And this suggests that the regular forecast of government economists from the Ministry of Finance, as well as from the Ministry of Economic Development, was not justified. But initially it was under 45-50 dollars for the oil barrel that the budget for the current year was imposed.


In government and economic circles, apparently, they also decided that for the remaining 3-4 of February days, a barrel of oil is unlikely to jerk up sharply in terms of prices, and therefore began to look for ways to replenish the Russian budget at current oil prices. And on the eve - February 25 - the Ministry of Finance of the Russian Federation told how the agency is going to “work” with the budget revenues and specifically with the ruble in the event of a very long oil price hinge at 30-35 dollars per barrel.

The initiative of the Ministry of Finance is that the Russian ruble must be maintained in the event that oil prices remain low. To do this, Anton Siluanov’s office proposes to create a budget rule according to which hydrocarbons sales proceeds to the Reserve Fund and National Welfare Fund will be sent solely at prices for “black gold” from 40-50 dollars per barrel. If oil prices fall below this level, the Ministry of Finance proposes to sell incoming petrodollars to provide support for the Russian ruble. 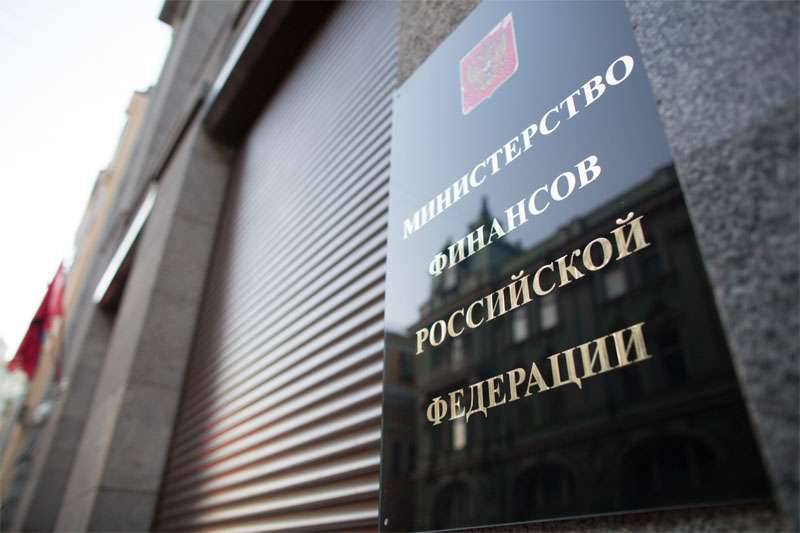 This is not only a way to ensure a stable fiscal and tax structure in the medium and long term, but also the only effective way to isolate the volatility of the real exchange rate from oil price fluctuations. With an oil price of $ 40 – 50 / bbl the budget should save and the government should start buying foreign assets. Since these purchases are funded by budget savings, this will not bear inflationary effects, unlike direct purchases of currency by the Bank of Russia.
.

In other words, representatives of the main financial department of the country are trying to make an attempt to give stability to the ruble regardless of the very low price level of the barrel. In fact, this is a repetition of the 12-year-old initiative, when the Ministry of Finance proposed a budget rule regarding the sale of foreign currency derived from the sale of oil, with the price of this oil up to 20 dollars per barrel. Then the bar rose, and in 2013, this kind of rule was finally revised. Then they decided to take the average price per barrel for 10 years with the simultaneous level of the budget deficit of 1% of GDP.

If you translate these economic thinking studies of the Ministry of Finance into an understandable language, it turns out that government economists have once again signed the firmness of the ideals of Alexei Kudrin and his “Kudrinomics”. Kudrinomics here means an economy of such a nature, in which any income received above budget plans goes exclusively to the pot, to these or other reserve funds, and in the currency variant. No spending on the development of the real sector. None! On the one hand, it is exactly the reserve funds that give the relative stability to the Russian market today, but with this approach it is completely incomprehensible when government economists are going to invest these very super-profits (if they appear again) in the mentioned real sector?

The Ministry of Finance and the Ministry of Economic Development and Trade actually say that the main task is to expect oil prices to rise, but they don’t say, so how much should a barrel of oil cost so that revenues from its sales go to the development of industrial production while simultaneously increasing the competitiveness of Russian goods and global markets.

So, we can hardly expect planned investments in the real sector, although, by and large, this is not the case of the Ministry of Finance. The task of the modern Ministry of Finance is extremely simple - to reduce the level of government spending and, if possible, save money. Save for "black day". But what government economists think is “a rainy day” for the economy - a mystery.

Another thing is that the government’s industrial sector is not particularly depressed by the fact that the last person’s statement in the Ministry of Finance once again includes the previous categories: a barrel of oil, reserve accumulations, attempts to curb inflation using the method of chains and ticks. There is nothing in the statements of the deputy head of the Ministry of Finance that at least somehow concerned the stimulation of the industrial sphere, and the industrial sphere itself is silent, taking a position in the style of “that will, that bondage is all one.” And such silence is surprising, if only because over the past 4-5 years a steady trend has finally emerged, when the main budget revenues are no longer oil and gas. To display the situation - the statistics of the Ministry of Finance:

It turns out that over 10 years, the decline in the share of oil and gas in the country's economy was about 7%. Frankly speaking - not the most outstanding result, but the main thing here is the designation of a trend. And this trend is unequivocal. And if so, then why once again try to develop budgetary rules, which are sharpened exclusively for the petrodollar, which ceased to dominate the Russian budget, and under the fact that super-profitability should be allowed only in stockings, and without hydrocarbons is enough ... In the end, when will initiatives arise aimed at changes in the economy, in which the balance between the oil and gas sector and the real production sector will be designated? .. So far, the answer is Unfortunately not. And it is unlikely that it will appear in the near future, because “Kudrinomics” still rules, as if pushing to the fact that even “minus” 3% of GDP per year is like normal ...

Ctrl Enter
Noticed oshЫbku Highlight text and press. Ctrl + Enter
We are
Results of the week. Viva Revolution! Viva Cuba! Viva Fidel!Oil: how optimists were mistaken
167 comments
Information
Dear reader, to leave comments on the publication, you must to register.