Media: the Turks attacked the positions of Iraqi Kurds

February 25 2016
32
Turkish F-16 attacked the positions of the Kurds (PKK fighters) in the north of Iraq, reports RIA News the message of the Bugun newspaper. 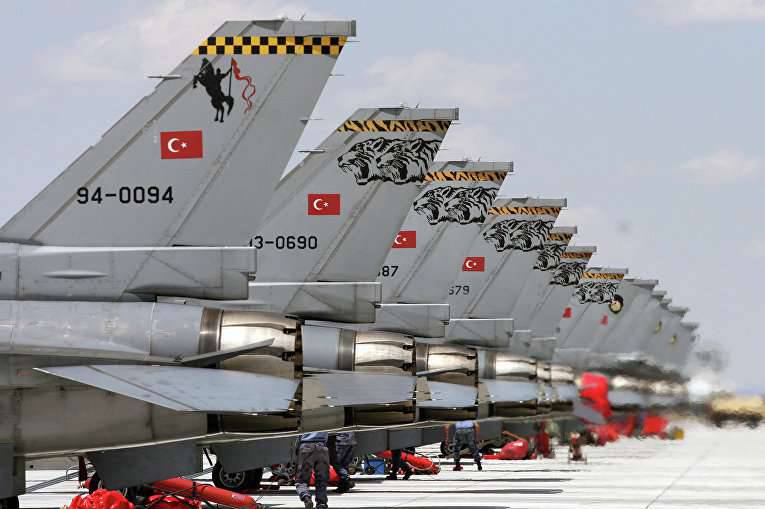 "F-16 Turkish air force inflicted airstrikes on the positions of the militants of the Kurdistan Workers Party (PKK), banned in the country in Northern Iraq," writes the Turkish edition with reference to its source in the Ministry of Defense.

According to the interlocutor, "the fighters that took off from the Diyarbakir airbase struck the PKK in the Kandil region."

Turkish aviation has been attacking PKK facilities in northern Iraq since July 2015, that is, from the time when armed clashes with Kurdish party fighters in Turkey itself resumed.

Ctrl Enter
Noticed oshЫbku Highlight text and press. Ctrl + Enter
We are
Turkey again inflicted air strikes on PKK positions in IraqThe Turkish Air Force delivered a powerful airstrike on the positions of supporters of the Kurdish Workers Party in northern Iraq
32 comments
Information
Dear reader, to leave comments on the publication, you must to register.