When will Ukraine receive the strength of special operations according to NATO standards? Never! 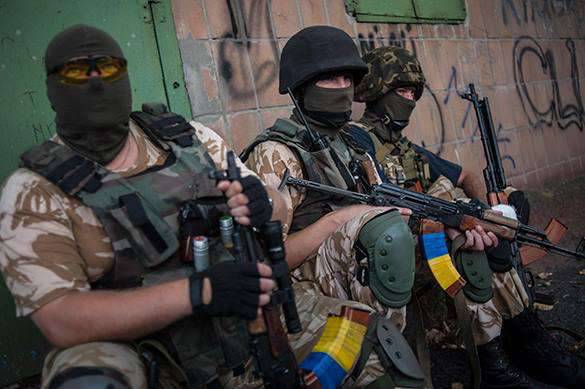 In January of this year, Ukraine developed its own special operations forces. In connection with this event, the delegation of NATO frequent in Kiev, which declare their intention to provide full support in the training of highly qualified specialists for the newly formed structure.

Especially in wanting to help are the United States. The commander of US special operations in Europe, Major General Gregory Lengeyl, at a meeting with Army General Viktor Muzhenko stated that “Ukraine will soon have its own training system for special forces, relying on its own combat experience and peculiarities of its own country, and the United States will in every way help exercises and training of special operations specialists. ”

Well, good intentions, but where can they lead the Ukrainian army?

As a result of the collapse of the Soviet Union, Ukraine received a powerful military grouping, which became the basis of its armed forces. But over the years of independence, this potential has been ineptly squandered by Kiev. Allocated security was enough only to maintain pants. There was no talk of intensive combat training at all. The exercises in military units have not been conducted for years. As a result, the Soviet experience in training troops was completely lost. This fully applies to special forces.

The civil war in the south-east of Ukraine forced the country's authorities to pay attention to the army and its training. A radical reform of the Armed Forces of Ukraine began, the goal of which is to shift the army to NATO standards. Naturally, such a goal implies a transition to the training system adopted in the block.

Already, American military instructors are training Ukrainian servicemen, including MTR specialists, who in the future should create their own system for training the Armed Forces of Ukraine. And, it would seem, it is the Americans who have everything necessary in order to best cope with this task. They were the first to create special operations forces and have the most extensive experience in their combat use. In addition, US instructors took and participate in the training of the armed forces of many states. However, it is difficult to recall which of the armies they had trained became truly combat-ready.

Just look at the examples of Afghanistan, Iraq, Georgia.

A group of Afghan special forces, trained by American instructors, numbering thirty people, fought the night before with the terrorists who seized the hotel in the center of Kabul. Then it turned out that there were only four terrorists. The withdrawal of NATO troops from the territory of Afghanistan is also constantly being postponed due to poor training of the Afghan army.

The Iraqi army, which has been trained by the US military for more than ten years, has a numerical advantage over the enemy and is defeated after defeat by the armed forces of the Islamic state, led mainly by former officers of Saddam Hussein.

For about four years the armed forces of Georgia, prepared by the same instructors, lose the war to the troops of the North Caucasus Military District of Russia in August 2008 in a couple of days.

Why is it that the Americans, possessing the strongest armed forces in the world, cannot properly prepare the troops of their "allies"? The conclusion is one: they are not interested in this. Moreover, they are interested in having a weak army in these states. Such countries and their elites are easier to control and use for their own purposes. That is what they need from Ukraine.

Under the guidance of instructors, armies of many Latin American countries were trained (Honduras, El Salvador, Colombia, Chile, etc.). They do well in suppressing protests, food riots and punitive operations. Not bad they succeed and military coups. However, with their main function - protection from external aggression - things are not very good for them. It seems that, according to the Latin American scheme, American “friends” will prepare both the army of Ukraine and its MTR.

Therefore, the important statements of the Ukrainian leadership on the imminent transition to NATO standards are just another noodle on the ears of their own population, the same as tales about the abolition of visas with the EU and European integration.

Ctrl Enter
Noticed oshЫbku Highlight text and press. Ctrl + Enter
We are
Trump is betting on the marinesMemo to mercenaries in Africa
37 comments
Information
Dear reader, to leave comments on the publication, you must to register.