February 26 2016
222
Russian President Vladimir Putin and US President Donald Trump held talks on the withdrawal of NATO troops from the territory of the Baltic countries.


Preparations for the visit of French President Marine Le Pen have been completed in the Crimean Federal District. As part of the trip, a visit is planned historical monuments of Crimea, as well as diving in a bathyscaphe to the bottom of the Black Sea.

The head of the confederation of Novorossia, Alexander Zakharchenko, personally checked the conditions of the conclusion of the militants of the terrorist organization UNA-UNSO in one of the colonies of the Dnepropetrovsk People's Republic.

Syrian President Bashar Assad attended the commissioning ceremony of the new C-400 air defense system, delivered from Russia. The complex will be on duty in the vicinity of the city of Racca.

The Kurdish People’s Army continues its successful advance towards Ankara. This week, the rebels occupied the 2 large settlement in the center of Turkey. Recall that President Erdogan, who had fled earlier, was found among the refugees, and the question of his extradition from Greece to The Hague is currently being resolved.

In Galicia, 15 th "Maidan" took place in a year. The cause of the unrest was the communist party ticket found in the purse of Prime Minister Irina Fahrion. 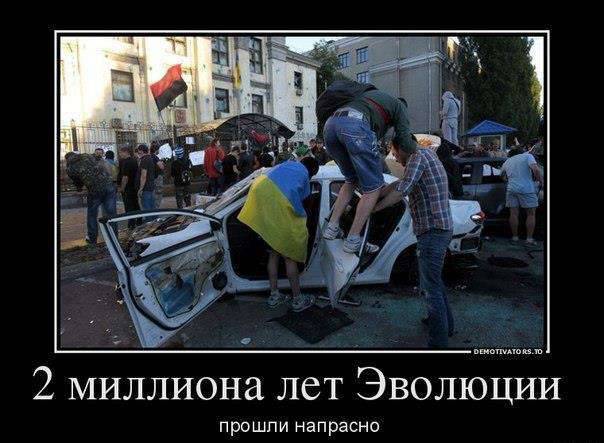 Ctrl Enter
Noticed oshЫbku Highlight text and press. Ctrl + Enter
We are
Russia is being attacked because it is an alternative to the American model of global orderSevastopol should know the truth! Who will come to power, if ... (memo)
222 comments
Information
Dear reader, to leave comments on the publication, you must to register.