Are you the smartest?

February 27 2016
33
Once I had then submitted to the Krasnochikoy District Duma a draft regulation on the reports of elected officials and deputies to the population. At that time, there were no legislation in the law making reports mandatory, and therefore very few of the elected representatives of the people held regular reports even to representative bodies. It was an unpleasant surprise for me, when the deputies by a majority vote rejected the proposed draft, even without including its discussion on the agenda. When I began to appeal to the conscience of the deputies, one of my colleagues cut me off: “Are you the smartest? Sit down and calm down. ” Life shows that all the same we will come to this. It is a pity only lost time and missed opportunities. I already had to be in this situation. 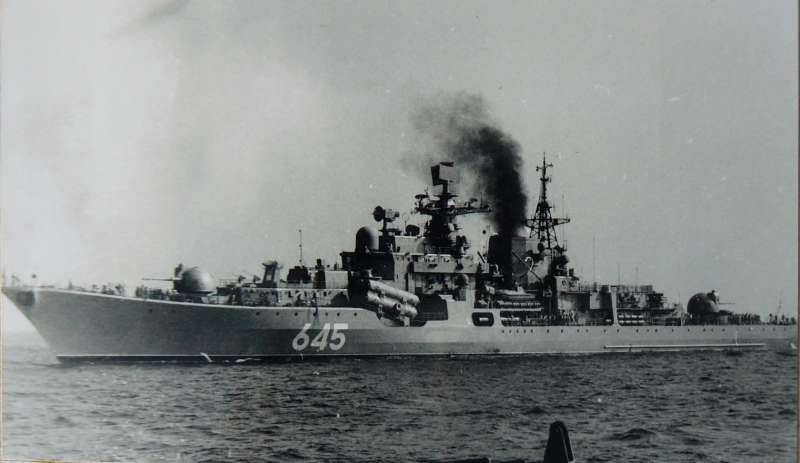 Our ship underwent a scheduled repair, stood in the floating dock. The personnel was scheduled to provide repair work, was on duty and on duty. I had free time to prepare proposals for ensuring the combat stability of a ship’s air defense system or for connecting ships, as well as proposals for finalizing some radar systems and systems for the implementation of new tactical techniques. I began to study them in 1991, studying in the Higher Officer Classes in the city of Leningrad. Then, before our very eyes, the US operation was unfolding and carried out against Iraqi forces in the Persian Gulf. Aviation The United States almost completely smashed Iraq's air defense, with almost no consequences for itself. It was sad and bitter for me to realize that the air defense of Iraq was mainly equipped with our facilities, and the training of personnel was also carried out mainly by our specialists. "How could this happen?" - the question tormented me. I began to linger more often over studying documents at classes, going to the Central Naval Library in Mikhailovsky Castle. Try to translate for yourself articles of American military magazines. Then he continued to study this problem, serving on one of the ships of the Pacific fleet.

Having prepared my proposals with schemes, I asked the captain of the ship for permission to leave for the division headquarters. The captain also told me: “Are you the smartest? Sit down and calm down. ” A little later, I had the opportunity to meet with the officers of the division headquarters. My “relatives” ertesovtsy (RTS - radio engineering service) dismissed me without even becoming a listener: “Do you have nothing to do?” Then I called the EW chief (electronic warfare), and he invited me to his cabin, he was just rested after duty. “You probably want to go to Moscow or to St. Petersburg?” Suspected Kapraz (captain of the first rank) when he learned about the purpose of my visit (specialized research institutes and research institutes are located in Moscow and Leningrad). “They don’t take me there,” I replied. “That's right, they don’t take me either, although in the bulk of any proposals and publications. As one of the heads of the institute told me directly: “I'd rather take a fool, but with an apartment (then the question of providing housing for officers was very acute)”.

Then I began to tell him about my proposals, showing diagrams and maps.

- All is good. And how can you prove that your suggestions are useful and relevant?

- But how is it, everything is obvious!

- There is nothing obvious. Have you come from classes? What did you learn there? You have to confirm everything with calculations. Numbers. How? Very simple. Choose criteria for evaluating the effectiveness, sustainability or something there. Modeling a situation without your notions. You count the indicators. Then you simulate the situation with your notions. Again, counting indicators. You compare and say that the indicators have increased or decreased - it means that the proposals are valuable and relevant. That's when your opponents will be forced to look for mistakes in modeling, in calculations. If they don't find it, you're right.

I sent my calculations and suggestions to the specialized institutes, design offices of a number of radio plants and to the editorial board of the Military Thought journal. From a number of authorities received answers. One of the scientific research institutes answered that they considered my proposals and did not find in them a new, useful and relevant. One of the plants responded that they are working in more promising areas, in particular, in the development of optical-electronic channels of the complexes and air defense systems.

After many years, here in Chikoye, digging in his garden, he listened to the radio. There was a program with the participation of the owner of a restaurant in Belgrade, a former air defense officer. During the bombing of Yugoslavia by the Americans, an air defense unit of the Yugoslav People’s Army under his command successfully shot down American planes, including the famous Stealth, the stealth aircraft F-117. To ensure combat stability (integrity, preservation, ability to perform combat functions) from the effects of American suppressants, they successfully used ... household microwave ovens! These furnaces use ultra-high frequency radio wave sources, the same as in most radar air defense systems. Thus, the Yugoslavs were confusing American pilots, missiles and electronic suppression devices with what they had at hand. I also proposed to modify the existing radar stations and complexes in order to “powder” the brains of the means of air attack almost 10 years before the events described in this radio program.

Now, receiving information from the media about the actions of our spacecraft systems (aerospace forces) in Syria, I am pleased to note that Americans, Turks and others are afraid to fly in the zone of our forces. I think that, perhaps, the proposed techniques used by Yugoslavs play an important role in this.

This is how it happens with us, that we are sometimes inattentive to the proposals of our colleagues, we are not able to make out new things that are urgently needed at the moment. But nothing, life teaches.

Ctrl Enter
Noticed oshЫbku Highlight text and press. Ctrl + Enter
We are
My grandfather's front-line letters (part 2)Father told
33 comments
Information
Dear reader, to leave comments on the publication, you must to register.