The Georgian Legion has been here since the first days of the war (...) A law was passed, thanks to which we were able to officially join the ranks of the Armed Forces of Ukraine, and the Georgian Legion was integrated into the 25 Battalion. This is very important for us, because now we can represent one of the Ukrainian battalions. 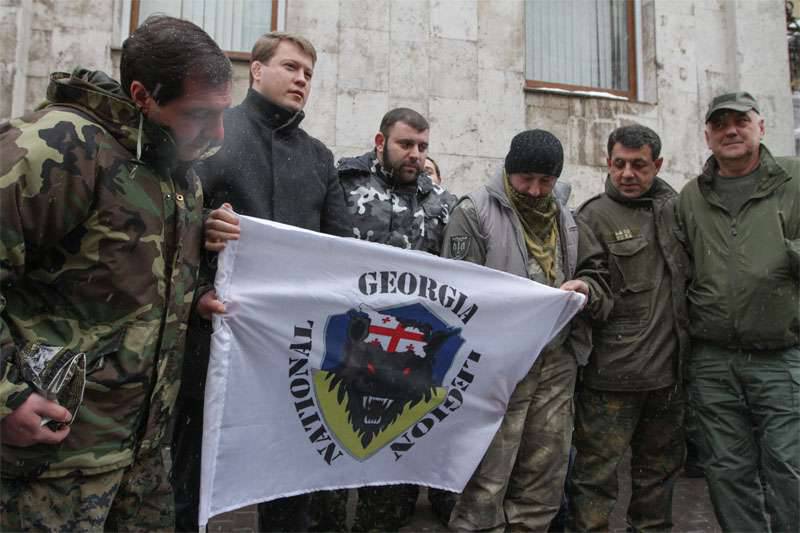 According to the same Mamulashvili, now citizens of other countries, including the USA, can also enter the Georgian legion.

Mamulashvili’s statement about participation in hostilities in the Donbass draws particular attention. Today Poroshenko said that he “sees on radar” the preparation of Russia “for aggression in the east of Ukraine”, and right there, Mamulashvili actually merges data that it is Ukrainian security officials who are training, and gaining mob not only from all of Ukraine, but also from Georgia and the USA.

In all likelihood, the day is near when bearded boys from ISIL will be included in the composition of the Ukrainian Armed Forces ...

Ctrl Enter
Noticed oshЫbku Highlight text and press. Ctrl + Enter
We are
Weekly summary (30 January-5 February) on the military and social situation in the DPR from the military officer "Mag"
68 comments
Information
Dear reader, to leave comments on the publication, you must to register.