February 25 2016
260
Russia is ready to sell controlling stakes in major oil and gas projects to Japanese companies, Deputy Prime Minister Arkady Dvorkovich said in an interview with the Nikkei newspaper. The proposal concerns those investors "who have ready-made plans for strategic development." Also, the vice-premier allowed the participation of companies from Japan in the economic development of the Kuril Islands. 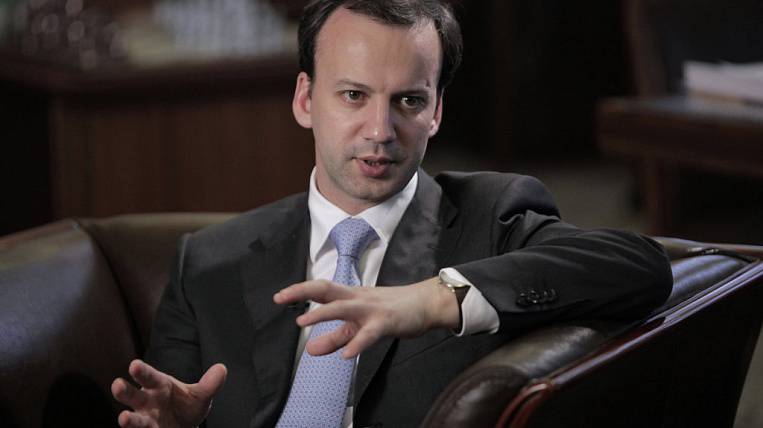 Arkady Dvorkovich’s statements about cooperation with Japan were published in translation on the website "InoSMI" 23 February.

The article, signed by Takayuki Tanaka, states that, on February 12, Russia's Deputy Prime Minister answered the questions of the Nikkei newspaper and said that Russia was ready to assign the rights to develop oil and gas fields in Siberia in the amount of 19 to Japan (along with China).

Mr. Dvorkovich said that Russia is ready to offer controlling stakes in large oil and gas projects to those Japanese investors who "have ready-made strategic development plans."

In addition, Mr. Dvorkovich stressed that in order to make President Putin’s visit to Japan, it is necessary to prepare a package of significant agreements as soon as possible.

The Vice Prime Minister also did not rule out the possibility of the participation of Japanese companies in the joint economic development of the Kuril Islands. (“Thus,” a Japanese journalist comments on these words, “he once again noted that the four islands belong to Russia.”)

Recall that 20 February, Japanese Prime Minister Shinzo Abe, said he trusted the Russian president in resolving the dispute over the Kuril Islands. “The territorial problem is not simple (...). For both sides, the solution to this problem is accompanied by risk, the premier quotes. "Lenta.ru". - However, we with President Putin managed to develop a relationship of trust. I completely trust him. I think that Putin also realizes that solving this problem will have a positive effect on the development of Russia. ”

Abe noted that he would like to make a visit to Russia, and spoke in favor of Putin’s visit to Tokyo.

Earlier, on December 10 2015, the Nikkei Asian Review reported that an informal meeting between Abe and Putin could take place in 2016. The subject of the conversation, which supposedly will be held in Khabarovsk or Vladivostok, will be the territorial issue. Official comments of Japan and Russia were not.

In addition, at the beginning of November 2015, the Russia-Japan Energy Bridge Conference was held, at which Igor Sechin gave a keynote address. Information on this can be found on the website. Rosneft.

The Russia-Japan Energy Bridge conference was organized by the Sasakawa Peace Foundation and is supervised by Nobuo Tanaka, in 2007-2011. executive director of the International Energy Agency. The purpose of the event is the development of a dialogue between Russia and Japan in the energy sector and the expansion of business contacts in general.

The keynote at the first conference, which opened in Tokyo, was made by Igor Sechin, Chairman of the Management Board of Rosneft. According to the head of Rosneft, the dialogue in the field of energy can radically change the quality of the partnership between Russia and Japan. According to the head, Russia is a natural investment partner for Japan. Sechin suggested that Japanese companies form partnerships along the entire production and technological chain: “We offered Japanese partners to consider a deal with total reserves of 6 billion barrels. and a resource base of 100 billion barrels. ” As an example of relevant projects, Sechin cited the joint development of the shelf by Fr. Sakhalin, the implementation of the project of the Eastern Petrochemical Company, the development of the shipbuilding complex "Zvezda".

According to Sechin, making decisions about participation in such projects will give Japanese companies a unique chance to become key technology partners of projects with unprecedented growth prospects. He expressed hope for qualitative interaction from the Japanese colleagues: “As they say in your country in Japan,“ not sown grain will not rise ”.

“Apparently, to pacify Tokyo, the government promised the Japanese not only to participate in the development of the fields, but also to control them,” writes analyst Sergey Aksyonov ("Free press"). - The economic benefit is a powerful incentive, and the desire to get "sweet" pieces of Russian state property will moderate the territorial claims of our eastern neighbor. So, probably, argued in the government. In addition, Japan promised cooperation in the development of the Kuril Islands. According to Dvorkovich, a new economic zone is being set up there. What is the "novelty", the Deputy Prime Minister said nothing, but, based on the context, we can assume a deeper penetration of Japanese business into the economy of Russian territories. Including the establishment of economic control over them. "

For Tokyo, such a game is “worth the candle,” the journalist notes, since gold, silver, and polymetallic ores containing zinc, copper, vanadium, and so on are found in the depths of the Southern Kuriles. Rhenium ore used in the manufacture of jet engines is particularly valuable. Also present here are volcanic sulfur reserves. Finally, thermal waters are a valuable resource for tourism.

“The Japanese invited by Dvorkovich will have a place to turn around,” the analyst comments. - On this, apparently, and calculation. Get away from confrontation, find a common interest, and then "strangle in your arms." To make it so that in Tokyo they put up with the loss of the islands, being satisfied with the current profit. This is the way, yes, but it is unlikely that it will bring the expected result. ” Why? The author explains: “It seems that the government, offering the Japanese" partners "a joint business, proceeds from the priority of the economy over politics. They say that the Kuril problem only prevents serious people from doing business and making a profit. And if you find a mutually acceptable option, the problem will eventually resolve itself: Japan will accept the loss of the islands. And here the capitalist ministers risk falling into the trap. Vulgar Marxism, which explains all economic reasons, which may again lead Russia to defeat. Even if the economic significance of the Kuril Islands were zero, it would still not be possible to give them away for political reasons. A nation, a country that voluntarily gives up its land, will be doomed to give, give and give. Kuriles will become a precedent. Sakhalin may follow them. ”

And now let us ask ourselves a question: why are the representatives of the Russian government and the commodity business so actively promoting economic ideas for the joint "development" of the Kurils, and not only them? Why are statements about the “unique” for the Japanese chance to “become the key technology partners” of Russia distributed?

The fact is that Sechin and the “capitalist ministers” are still thinking about the raw material component of the Russian economy. What can Russia offer to the Japanese, except for minerals? Nothing. Therefore, Sechin and talks about the "barrels." In essence, Russia largely remains a raw materials appendage, only now there is a turn from the West to the East. China’s Kremlin alone is not enough; In addition, China is now noticeably slowing down the pace of development, so the government drew attention to the Japanese vector.

The infinite oil and gas trading, along with technological dependence on the West and Japan itself, dragged Russia into the economic abyss. An attempt to “foist on” the Japanese control packages is just a recognition of this dependence.

Observed and commented on Oleg Chuvakin
- especially for topwar.ru
Ctrl Enter
Noticed oshЫbku Highlight text and press. Ctrl + Enter
We are
Results of the week. "Like children! Country nepuganogo idiots "Results of the week. “Tut's neighboring state was threatened with war. Lend, please, half a dozen millenchik on militaritskih goals "
260 comments
Information
Dear reader, to leave comments on the publication, you must to register.