February 24 2016
187
Former US Deputy Secretary of Defense Richard Pearl believes that difficulties in the Russian economy will push Putin to even more “aggressive” behavior. This is the style of all dictators, the expert is sure. Meanwhile, Finance Minister Anton Siluanov made it clear that the state does not have enough money even for an anti-crisis plan, and suppliers of many popular goods in Russia have warned that they will increase selling prices due to the devaluation of the ruble. The Forbes magazine indicates that the notorious import substitution in Russia does not exist, and M. Khodorkovsky, through the Guardian newspaper, explained his London policy of discrediting the elections to the State Duma of the Russian Federation. 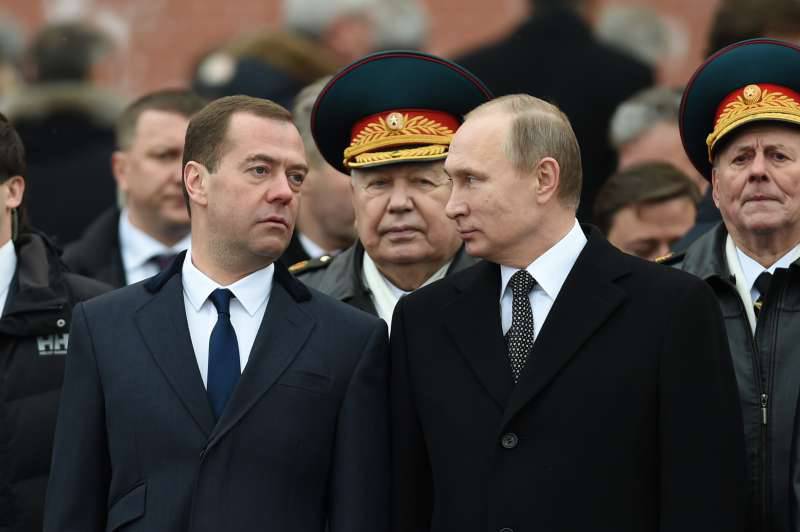 American political analyst, defense specialist, former US Deputy Secretary of Defense 74-year-old Richard Norman Pearl believes that the difficulties in the Russian economy will only push Putin to even more aggressive behavior. The economy will be worse - Putin will also behave “worse”. Such is the style of behavior of all dictators, the expert is sure.

He said this in a television interview Newsmax.

The aggressiveness of the behavior of "totalitarianists and dictators," said the former US Assistant Secretary of Defense, is a well-known "way to unite people" and "to divert their attention from the economic problems they face." The expert believes that Putin "will behave even worse." 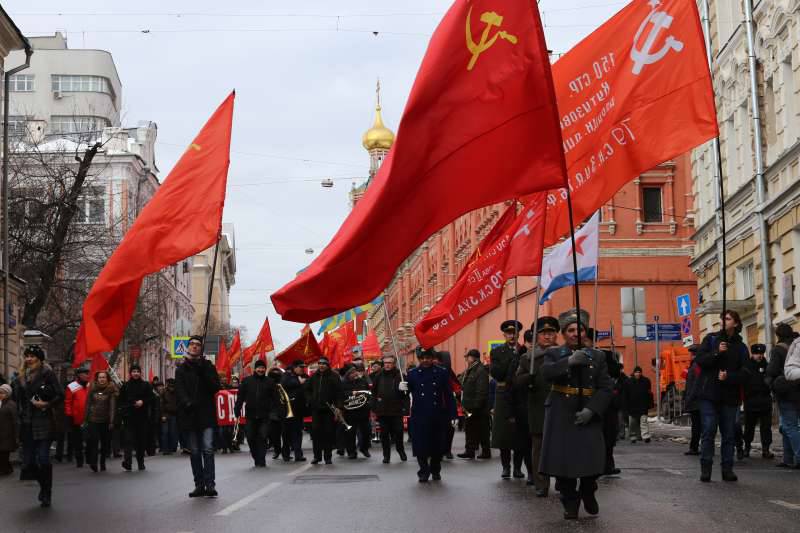 Richard Pearl saw and “bright spot” in stories with "dictators". Russia and Iran, as well as "some other dubious characters, like Venezuelans," in his opinion, will suffer from a sharp decline in energy prices in the very near future due to the increase in oil production by Saudi Arabia.

“Without this [factor], Putin would have even more money at the disposal of Putin and the ayatollahs in Iran,” Pearl said.

According to Pearl, Arizona Senator John McCain is "absolutely right" in his assessment of the actions of the Kremlin. Russia participates in “diplomacy in the service of military aggression” when it comes to a temporary truce in Syria. The expert believes that the truce "will undoubtedly be broken," including because "the Russians will continue to attack those opponents of the regime whom we are inclined to support."

As for the deterioration of the Russian economy, Pearl knows what he is talking about. The Russian authorities also know this.

Finance Minister Anton Siluanov made it clear that the state does not have enough money even for an anti-crisis plan.

The draft anti-crisis plan was fundamentally agreed, but the Minister of Finance recalled that 250 from billion rubles. funds for the execution of this plan, the government has only 120 billion rubles. anti-crisis fund. The rest of the money can only be obtained by editing the budget or taken from the reserve at the disposal of President Putin. The Ministry of Finance proposed to reduce the costs of the anti-crisis plan and remove from it items that reduce budget revenues. The debate on this plan may move to April 2016, the newspaper said Kommersant.

Meanwhile, suppliers of popular goods in Russia have warned that they will increase selling prices due to the devaluation of the ruble.

The cost of many popular products, including baby food, Japanese diapers, American chocolates, Russian creams may increase due to the rise in the dollar. The increase will be up to 35%. Since March, letters with a warning about the rise in prices for goods began to be sent to partners in Russia by manufacturers and distributors. By reporting this, the newspaper "News" refers to the documents available to the editorial board.

Alexander Potapov, a member of the State Duma Committee on Economic Policy, Innovative Development and Entrepreneurship, is confident that in the event of a sharp rise in prices for foreign goods, Russia should be more active in import substitution.

“We need to increase the momentum of the Russian factories“ Red October ”,“ Babaevsky ”, etc., - quotes his edition. “And accordingly, to set minimum prices for the products of Russian manufacturers so that it is accessible to all.”

What is import substitution? The author recalls that the idea here is simple: you do not need to buy expensive foreign goods, but you need to develop your production (domestically). However, in practice it is very difficult to implement this simple idea: the state is not in a position to decide which industries should be protected. In addition, the state is not able to organize and staff complex industrial production with specialists.

Today, the Kremlin is talking a lot about import substitution. For example, Vladimir Putin reported on the “import substitution program”, which supposedly would ensure the launch of “over 2,5 thousands of import-substituting projects” (2,500 import-substitution projects), and that about 38 billion dollars are allocated to support these projects. In addition to Putin, the state media broadcast “victories” over Western goods. Has Russia really achieved any success and import-replacing foreign goods?

Adomanis is skeptical about the “victorious” reports of the Russian media. Did Russian manufacturers produce more goods? Adomanis resolutely replies: “No”. In 2015, the volume of industrial production in the Russian Federation decreased by 3,4%, while imports significantly decreased. Therefore, it is absurd to say that Russian enterprises have filled the economic gap with their goods.

Nevertheless, continues Adomanis, the situation in the future may change. If the ruble remains weak for a long time, economic prerequisites will arise in the Russian Federation for the development of its industry.

In the meantime, Russia's experience with the so-called import substitution is just talk.

While experts and observers were talking about the economic problems of Russia, the lack of import substitution and the “dictator” Putin, one well-known person, Mikhail Khodorkovsky, called through the British newspaper The Guardian to discredit the elections to the Duma.

“The exiled oligarch” Mikhail Khodorkovsky, the newspaper notes, stated that he has “no obligations” to Vladimir Putin and outlined his plans for the creation of a ... Russian government in London.

According to Khodorkovsky, information about his promises to the Russian president about his non-participation (Khodorkovsky) in politics after pardon and release from prison in 2013, is nothing more than a “propaganda myth”.

Putin “sent me to prison for ten years,” and then “released me,” and “I believe that this is why we are quits,” the ex-oligarch believes. “Now we are just political opponents,” he explained to the correspondent, being at the London headquarters of his foundation.

“It’s true that when I got out of prison I didn’t want to go into politics; after 10, I just wanted to see my family. But then, in 2014, the crisis began in Ukraine. Russia quickly took the path of self-isolation and "witch-hunt." It became impossible to stand aside ... "

The former oligarch told the publication about his plans to support a number of opposition candidates in September at the parliamentary elections in Russia. Ultimately, his plans are aimed at "falling" the government of Putin.

According to Khodorkovsky, Open Russia will provide material and technical support to approximately 230 candidates from various opposition parties or independent candidates.

At present, the British newspaper reminds that the pro-Kremlin United Russia party dominates the Russian Duma. It is unlikely that any of the independent candidates will go to the Duma, but at least the goal of discrediting the elections and revealing their alleged injustice will be achieved.

“Those people who today join the opposition are fully aware that they are at risk. We will do everything to make sure that these risks are minimized ... but this does not mean that there will be no casualties at all. "

“I think it’s wrong to divide society into different groups ...” said the disgraced rich man. “This is something that can lead to collapse and civil war.”

The thought of Khodorkovsky about Putin’s future is also interesting. If a change of regime ever happens in Russia, Putin should receive immunity, the businessman said. “There is too much hatred in our country, our society is too divided,” he said. “Someone should learn to forgive ...”

Khodorkovsky is "absolutely certain" that Putin will fall at some point, but this cannot happen in the near future.

He also said that after the “fall,” a transitional government with limited powers would be formed, which would have operated for two years before free elections. Earlier, Khodorkovsky said that in the future he was ready to become president of Russia, the newspaper notes.

So, Western experts and analysts are waiting not only for the deterioration of the Russian economy, but also for the rise of V. Putin’s “aggression”. It will be worse for the economy - Putin will also behave “worse”, since such is the behavior style of all dictators, I'm sure the former US Deputy Secretary of Defense Richard Perle said. Nobody in the West doubts that the Russian economy is sinking, and even objective observer Mark Adomanis does not believe in “import substitution”, regarding him as “talk”. Hardly believes in the miracle of the revival of Russia and the Minister of Finance of the Russian Federation Anton Siluanov, who made it clear that the state does not have enough money even for an anti-crisis plan.

Against this background, the statements of M. Khodorkovsky, who actually planned to finance a kind of “Russian government” in London, as well as support opposition candidates for 230 in parliamentary elections in Russia, are not surprising. Plans ex-oligarch aimed at the "fall" of the Putin government. Putin himself, Mr. Khodorkovsky, intends to regret and “forgive” by giving him in the future “immunity” from prosecution under the law.

Ctrl Enter
Noticed oshЫbku Highlight text and press. Ctrl + Enter
We are
Results of the week. "Like children! Country nepuganogo idiots "Results of the week. “To sell something unnecessary, you must first buy something unnecessary, but we have no money!”
187 comments
Information
Dear reader, to leave comments on the publication, you must to register.