NATO believed that in the event of war, it would cede a large part of Europe to Russia (The National Interest, USA) 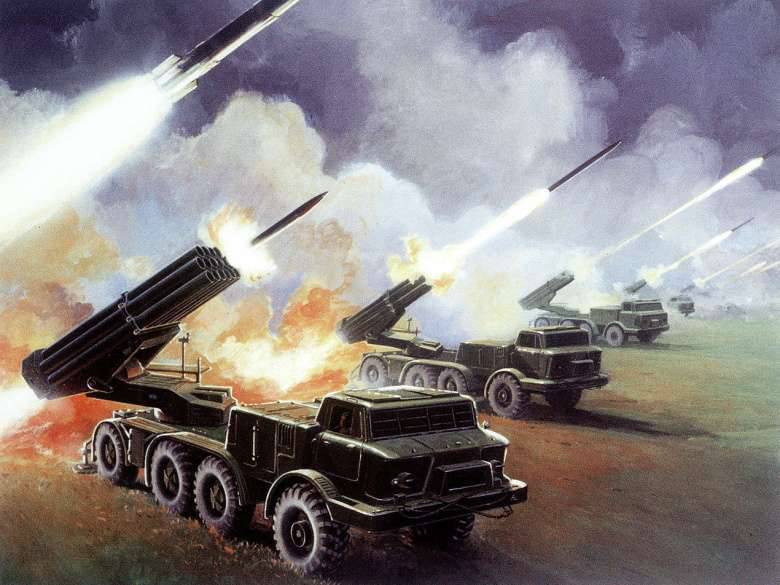 Recently, the RAND Research Center conducted a war game on the Russian offensive in the Baltic States. This immediately sparked talk of a “new cold war.” The game clearly showed that NATO would be extremely difficult to prevent the Russian troops from occupying the Baltic states if the alliance begins to act by the usual forces that it has.

Such war games have great value, for they demonstrate tactical and operational reality, and this helps to think more strategically. But in this case, the headlines provoked by this game more clouded the main points in the Russia-NATO relationship than revealed. If we talk about this briefly, the NATO deterrence force never aimed at defeating the Soviet / Russian army on its borders, and did not make such promises. No, NATO backed up its political commitments with the threat of widening the conflict if it arose to the extent of a war that the Soviets did not want to wage. Today, as in 1949, NATO adheres to the concept of deterrence based on the threat of escalation.

Here it must be stated very clearly and honestly: from the moment of the creation of NATO until the 1970s, Western military strategists believed that the Warsaw Pact could easily win a non-nuclear war in Europe. The plans of the leading NATO countries for waging war using conventional means often boiled down to getting to the English Channel faster tanks Red Army. NATO intended to widely use tactical nuclear weapon to slow down the pace of the Soviet offensive, which could not but provoke a response from the Soviet side (the Soviets were also preparing for such a development of events).

NATO believed that it would lose in a non-nuclear conflict, but this did not in any way contradict the notion that the alliance could play a valuable role in containing the war. First, NATO was definitely able to make life difficult for the Soviet Union. The overwhelmingly superior British-German-American combined forces could have done him much more damage than West Germany if she fought alone. Moreover, provoking the expansion of the scale of the war, NATO could harm the Soviets in other regions of the world. NATO's vast superiority at sea and in aviation long range could very much harm Soviet interests outside Eurasia, even if the Soviets won on the central front.

The most important thing is that France, Britain and the United States, in response to a successful Soviet offensive using conventional means, could launch strategic nuclear strikes against the USSR, and this made Moscow think about it. Even if the American president refused to defend Berlin, the Soviets would have to think about the nuclear deterrent forces of the rest of NATO.

The hope that NATO will be able to crush the Warsaw Pact in the war, appeared only after the Arab-Israeli October war. In this conflict, precision guided munitions in ordinary equipment inflicted such powerful losses on the attackers (on the Golan Heights and on Sinai) that the American military strategists had faith in their ability to stop the Soviet offensive. By organizing defenses in such a way as to direct the advancing Soviet tanks into large fire bags, NATO troops could slow down and thwart the advance of the Soviets, as well as prevent the defeat of their positions in Germany. Such defense would give the alliance time to transfer additional forces and assets from the US to Europe, to attack the rear facilities and communications centers of the Warsaw Pact in Eastern Europe, as well as to counteract Soviet interests in other parts of the world.

After 1982, the concept of air-ground battle returned maneuver to the battlefield, as the American military leaders became confident that they would be able to defeat the Red Army during swift and maneuverable military operations. The interaction of the ground forces and the Air Force was supposed to carry out an offensive to the entire depth of Soviet positions, and in this case the formidable Red Army and its Eastern European allies would become a chaotic mess. At the same time, the U.S. Navy had to prepare to launch air strikes on the Soviet periphery and to land amphibious assaults, as well as to destroy the precious bastions of the nuclear submarine fleet and strategic aviation. All these actions did not depend on the protection of any NATO territories, and military strategists recognized that the Soviets at the beginning of the war under any scenario could seize some areas.

In this context news that Russia may triumph in a local non-nuclear conflict against a small NATO country on its border looks less alarming than it might seem at first glance. Apart from a brief period of Russia's weakness in the 1990s, it has always had the capacity to threaten NATO with its usual forces. It should be said that the alliance did not even plan to defend the Baltic countries until they became members, on the assumption that the belief in NATO, in its power and in its ability to strike back at Soviet interests in the rest of Europe, are sufficient deterrent and deterrence.

The RAND war game showed that Russia could seize the Baltic states and even hold it for a while. But already at the initial stage of the conflict, Moscow will start paying its bills, since NATO troops will go on the offensive against Kaliningrad, Transdniestria and other Russian possessions. The Russian fleet will be subjected to powerful strikes by NATO submarines and aircraft. Long-range strikes will disable a significant part of the Russian Air Force and air defense systems. In short, Russia can seize the Baltic states, but it will have to pay a much higher price for such a seizure, because of which the occupation will lose all meaning. That is how NATO carried out containment in the 1949 year, and it will also implement it today.

Author:
Robert Farley often publishes articles in The National Interest. He is the author of The Battleship Book. Farley teaches at the Patterson School of Diplomacy and International Commerce at the University of Kentucky. His areas of specialization include military doctrine, national security and maritime affairs.
Originator:
http://www.nationalinterest.org/feature/why-nato-expected-lose-most-europe-russia-15267

Ctrl Enter
Noticed oshЫbku Highlight text and press. Ctrl + Enter
We are
NATO covering troops in the Baltic States will not stop Russia (The National Interest, USA)Russia and NATO: RAND report and its implications
74 comments
Information
Dear reader, to leave comments on the publication, you must to register.