February 23 2016
124
Ukrainian media spread the message published on Facebook by the journalist Christina Malazonia, in which she reports that the prime minister Yatsenyuk, several ministers and deputies were awarded weaponstransmits RIA News. 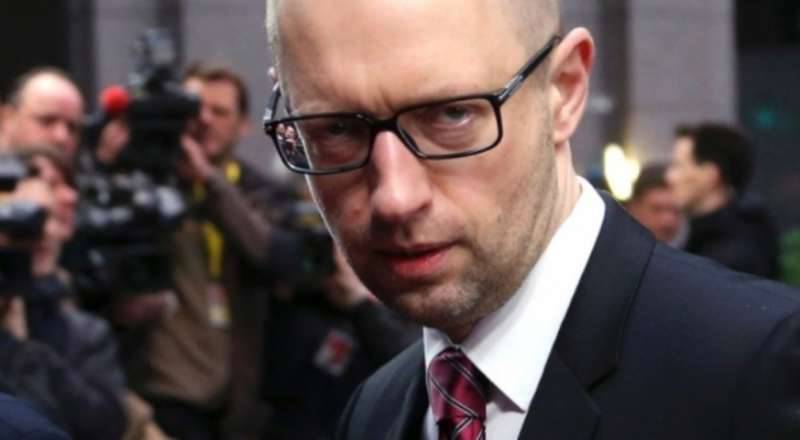 The order of awarding in May 2015 g was signed by the Minister of Defense Stepan Poltorak.

“In May 2015, Yatsenyuk was awarded the 11,43mm submachine gun Thompson model 1928 of the year, the favorite weapon of the gangsters in the USA during the times of Prohibition, as well as 203 cartridges for“ outstanding service in ensuring the country's defense, strengthening national security, exemplary duty of service and showing professional excellence , honor and valor "", - reports the agency with reference to UNIAN.

According to him, “Justice Minister Pavel Petrenko and Interior Minister Arsen Avakov received the Colts M1911 and 84 and 140 cartridges as premium weapons, respectively.”

“Among the entire list of" chosen ones "the black sheep looks like only a physical education teacher, Kouruch, Aleksandr Fedorovich. The latter turned out to be a classmate of Stepan Poltorak. The Minister presented GLOCK 17 and 200 cartridges to a childhood friend, ”UNIAN quotes a journalist. 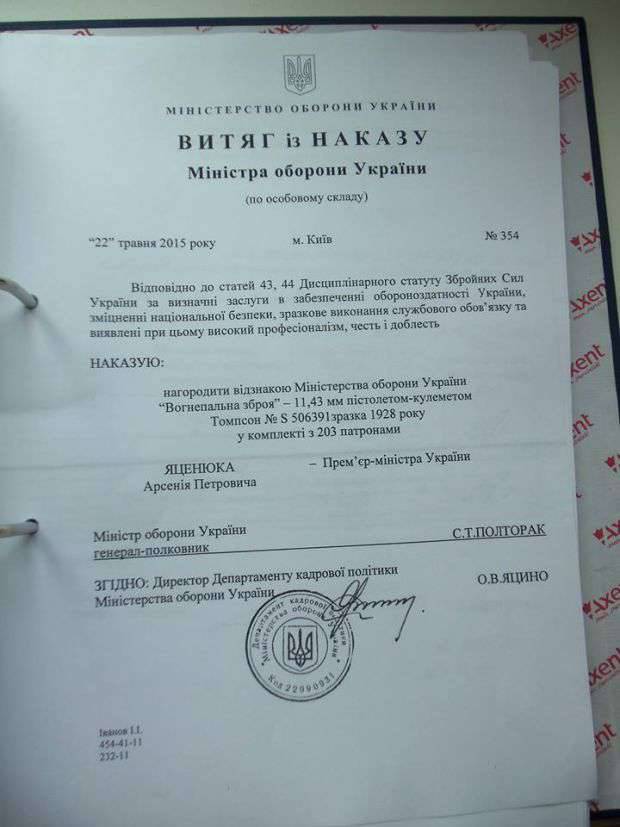 Ctrl Enter
Noticed oshЫbku Highlight text and press. Ctrl + Enter
We are
Expert: The United States does not have protection against Russian nuclear strikeFacebook hero Arsen Avakov tosses 100% of combat and patrol units of the Ministry of Internal Affairs to the southeast
124 comments
Information
Dear reader, to leave comments on the publication, you must to register.