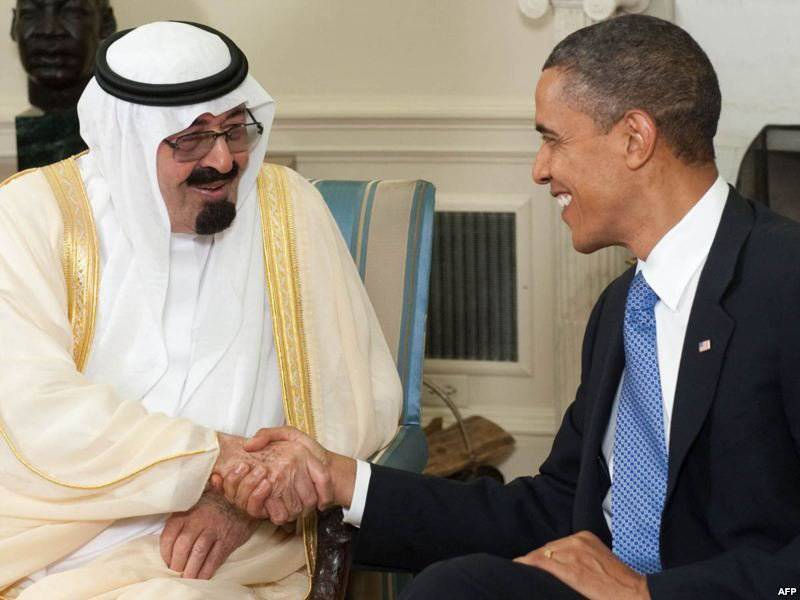 The ruling royal dynasty of Saudi Arabia announced the imminent emergence of a nuclear weapons. According to Turki al-Faisal, a prince with great authority, who led the local special services in the past and was ambassador to the United States, these measures will be a response to the nuclear program implemented in Iran. Since, according to him, the international community did not take measures to prevent this, the kingdom is forced to prepare response measures in response to the threat.

Prince Mukrin bin Abd al-Aziz, the current head of the special services, in turn, advised Iran not to interfere in the policies of the Gulf countries, as this could lead to a war that no one needs.

However, not only the Iranian "threat" forces the Saudi kingdom to create its own nuclear weapons. According to the royal dynasty, there is another potential “enemy” who already possesses weapons of mass destruction, which in turn provokes other countries to prepare their response to a possible threat from his side.

In particular, according to the Deputy Minister of Foreign Affairs of Saudi Arabia Turki bin Muhammad, his kingdom supports the idea of ​​free from this type of weapons of the Middle East. But Israel, which refuses to sign the Treaty on the Non-Proliferation of Nuclear Weapons, is hindering its implementation.

Saudi Arabia has already taken concrete steps to create and develop a local nuclear program. So far, according to assurances from Riyadh, it will be peaceful. Representatives of the ruling dynasty, in particular the already mentioned Prince Turki bin Muhammad, believe that the use of nuclear energy for peaceful purposes is permissible for any state, and Saudi Arabia will not be an exception.

Already in 2012, a tender will be announced for the construction of the country's first nuclear reactor. This was reported by representatives of the Center for Renewable and Atomic Energy Research in Saudi Arabia. The center's ambitious program is considering the possibility of building nuclear reactors in the 16 kingdom by the year of 2030. According to the plans of Riyadh, this will allow Saudi Arabia to take a leading position among the world's nuclear powers. They do not exclude the creation of their own nuclear weapons, the starting point for which can be the current "peaceful" program.

This threat was far from being the first from this Middle Eastern country. NATO received statements about this back in June of this year.

According to information published by the British Guardian newspaper, Prince Turki al-Faisal said this at a meeting with representatives of the alliance. From his words, it follows that in a situation when Iran’s nuclear weapons threaten the security of Saudi Arabia, they cannot remain inactive. And their answer will be the creation of their own nuclear weapons.

However, at the moment in the kingdom there is simply no scientific and industrial base necessary for the realization of these threats. And while the possibility of the emergence of a nuclear program in a country focused mostly on oil production seems to be very vague and vague.

In the coming years, only with the use of its developments, Saudi Arabia will not be able to launch a nuclear program. However, there is information about the preliminary negotiations between representatives of the kingdom and Pakistan, who allegedly in exchange for the supply of cheap oil promised their assistance in obtaining the necessary nuclear technologies.

At the official level, for obvious reasons, this information was not confirmed. But many media outlets noted the fact that Riyadh’s reaction to this “newspaper” duck was rather nervous. The information was called the evil provocation. And the assurances of the authorities, the kingdom has never considered such a possibility of obtaining nuclear weapons.

Western countries, who have long been concerned about the possible threat of the proliferation of nuclear weapons, could not reassure and satisfy this explanation. In many British newspapers, citing numerous sources in Pakistan, information began to appear that Islamabad is ready to cooperate with Riyadh in nuclear matters. In addition, reports began to appear that the purchase of nuclear warheads had already taken place and all that was left was to transfer them to Saudi Arabia from warehouses at the Kamra military airbase in Pakistan.

Many experts do not exclude the possibility of such a development of the situation completely. They point out that the financial situation of Pakistan has been quite precarious lately. And therefore, in the light of the long-standing ties of Islamabad and Riyadh, a nuclear deal could well be concluded.

For now, it all remains only speculation and assumptions. It is quite possible that these are only political "tricks" of the ruling dynasty of Saudi Arabia, and apart from "loud" conversations and threats, no practical steps will be taken to obtain their own nuclear weapons. Saudi Arabia has always been known for its high ambitions, so these statements may be another attempt to assert their importance in the Middle East region. And all the anti-Israel talk is an attempt to attract supporters from the Arab population of neighboring countries. The main point can be called the kingdom’s desire to solve the Iranian problem not with its own forces, but with the “hands” of the Western allies, on which all the statements made by the leadership of this country are aimed.