Nineteenth week of Russian intervention in Syria: Does Russia use nuclear weapons to protect Hmeimim?

February 24 2016
79
Last week did not become evidence of a decrease in tensions between Russia and Turkey over Syria. Although the position of Russia is simple - “we are ready to fight” - the Turkish position is much more ambiguous: Turkish politicians say one thing, then the opposite and then something else. At times, everything sounds like an invasion is inevitable, and sometimes they say: "Turkey has no plans for a unilateral invasion." Since there will never be a UN permit to invade Syria, this means a kind of “coalition of the willing”, possibly NATO. The problem is that the Europeans have no desire to eventually reach the war with Russia. At the same time, the United States and France refused to hold a UN resolution that would confirm the sovereignty of Syria. Oops, right. The United States and France actually believe that the UN Charter (which confirms the sovereignty of all countries) does not apply to Syria. Think about it ... 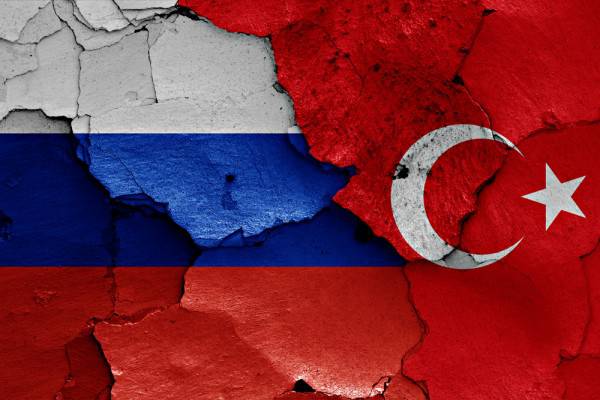 Constantly rumors appear that the top military leadership of Turkey is categorically against any attack on Syria, and that they do not want war with Russia. I don’t blame them at all, because they understand two very simple things: first, Turkey does not need war, only Erdogan, and second, when Turkey is defeated, Erdogan will blame the military for this. There are also signs of disagreement in the United States because of the prospects of such a war, with the neocons supporting Erdogan and pushing him to war, just as they did with Saakashvili, and the White House and the State Department say “cool down!” As for the Turks themselves - they are shooting at Kurdish and Syrian positions across the border, and at least there were two cases of crossing the border with small military forces.

From a purely military point of view, the Turks have no sense in accumulating forces at the border, declaring that they are ready to invade, then stop, conduct shelling and then just send a few small units across the border. What the Turks should do is to secretly begin to raise the level of readiness of their forces and then attack as soon as the Russians notice their preparations - even if this means that they will have to start military operations before they can fully mobilize and prepare. The advantages of a surprise attack are so great that in order to take advantage of them, almost all other considerations must be put aside. The Turks did the opposite: they advertised their intentions to invade, and when their forces were ready, they stopped at the border and began to voice completely opposite statements. There is no point at all.

What complicates the already chaotic situation is that Erdogan is clearly insane, and there seems to be at least the likelihood of some serious internal struggle between Turkish political leaders and the military.

Moreover, it seems that relations between the United States and the Erdogan regime are very bad. Things have gone so badly that Erdogan’s main adviser, Sheref Malkoch, said that Turkey could refuse the United States to use the Incirlik airbase for strikes against ISIS if the United States did not call the YPG a terrorist organization. Erdogan later refused this statement, but the fact remains that the Turks are directly blackmailing the United States. If Erdogan and his advisers seriously believe that they can publicly blackmail such a superpower as the United States, then their days are numbered. At least, all these irresponsible outbursts show that the Turks really fail under pressure, which they themselves have created.

And yet the fact that Turkey has not yet invaded is a tiny sign that perhaps the Turks might abandon this crazy idea or limit themselves to a “mini-invasion” just a few miles from the border. The military probably would have preferred such a minimal face saving option, but how will Erdogan and the madmen along with him behave?

Perhaps the Turkish military should have already realized that the country is ruled by a madman and do something about it?

But the Russians could not take the risk, and they brought their forces on alert. They pointedly placed the Tu-214Р - their most advanced reconnaissance and observation aircraft. TU-214Р can be considered “AWACS for ground forces”, this aircraft is used to monitor major ground battles (the standard Russian A-50 already controls Syrian airspace). In southern Russia, the VKS organized large-scale exercises involving a large number of aircraft that can be used in the war against Turkey — Su-34. VKS at the ready. Forces sea-based off the Syrian coast increased. Expedited shipments weapons. Everything is clear and obvious: Russians do not threaten - they are preparing for war. Yes, in fact, they are ready.

This makes it important to ask an important question: what will the Russians do if their relatively small forces in Syria are attacked and suppressed: do the Russians use nuclear weapons?

At least one reporter, Robert Perry, wrote the following: “A source close to Russian President Vladimir Putin told me that the Russians had warned Turkish President Recep Tayyip Erdogan that Moscow was ready to use tactical nuclear weapons in the face of Turkish forces. saudi attack. Is this really possible? Do Russians really use nuclear weapons if things go worse in Syria?

The Russian military doctrine speaks very clearly about the use of nuclear weapons by Russia. Here is the relevant paragraph:

The decision on the use of nuclear weapons is made by the President of the Russian Federation.

There is no ambiguity. As long as there is no threat to Russia as a state, it will not use nuclear weapons. Some will no doubt say that the official military doctrine is one thing, and the reality in Syria is another, and if the Turks seize Hamim, Russia will have no choice but to use nuclear weapons.

There is a precedent for this kind of logic: when the United States deployed the 82 Airborne Division in Saudi Arabia as part of Operation Desert Shield, the Pentagon fully realized that if a much larger Iraqi army invaded Saudi Arabia, the 82 would die. They hoped that the United States Air Force and Navy would be able to provide a sufficient number of sorties to thwart the advance of the Iraqis, but if they did not succeed, it was clear that nuclear weapons would be used. In Syria, the situation is different.

First, the Russian forces in Syria are not infantry quick reaction forces, like the 82nd in Iraq. And the local enemy forces are extremely different. Secondly, the Russian contingent in Syria can count on fire support and reinforcement of the Russian fleet in the Caspian and Mediterranean seas and Russian aerospace forces on the territory of Russia itself. And last but not least, Russians can count on the support of the Syrian troops, Iranian forces, Hezbollah and probably the Syrian Kurds, who are now openly joining the 4 + 1 alliance (Russia, Iran, Iraq, Syria and Hezbollah), turning it into a 4 + 2 alliance, I suppose.

There is one important feature of this alliance, 4 + 2, which really represents a powerful incentive for the Turks to be extremely careful before taking any action: every member of the 4 + 2 alliance has a great military experience, superior to that of the Turkish military. The modern Turkish military is much more similar to the Israeli military in 2006 - they have plenty of experience terrorizing civilians, and these are not the forces that are prepared to wage "real" wars. For the Turks, there is a great risk that, if they really invade Syria, they may end up with the same nightmare as the Israelis when they invaded Lebanon in the 2006 year.

In the meantime, supported by Russian Syrian forces are moving forward. Since the beginning of this counteroffensive, the Syrians have succeeded in regaining all the strategic positions in western Syria, moving slowly but steadily, and now they are threatening Raqqah. See for yourself:

The essence is this: the size and capabilities of the Russian forces in Syria are expanding, and the level of cooperation between members of the 4 + 2 alliance is increasing. add to this the ability to deploy airborne troops up to the regiment (and fully mechanized) in Latakia, if there is such a need, and you will see that the Turks take a great risk if they attack Russian forces, even if Russia does not threaten with nuclear weapons. In fact, I do not foresee any scenario - with the exception of a massive US / NATO attack - in which Russia would use tactical nuclear weapons.

Honestly, the situation is far from being resolved. It’s not a coincidence that as soon as the cease-fire agreement was to come into force, two terrorist attacks took place in Turkey, of which it was convenient to blame the Kurds. Of course, it looks very similar to the fact that someone is very eager to bring Turkey to the course of a collision with Russia, is not it?

It makes no sense to predict what the Turks and their Saudi friends will create. We are clearly dealing with two regimes that gradually “lose”: they pounce on everyone (including their own American patrons), they are terrified of their own minorities (Kurds and Shiites), their propensity for violence and terror is comparable only to their own inability wage an ordinary war. Doesn't this remind you of anyone?

Of course! Ukronatsisty perfectly fit this description. By the way, guess what they did - they now dream of forming an anti-Russian alliance with the Turks. Amazing, right? Just imagine what the Ukrainian-Turkish-Saudi alliance will look like: a real gang of "Islamic-fascists", combining disgusting fanaticism, corruption, violence, extreme nationalism and military incompetence. Poisonous combination, of course, but not viable.

Ctrl Enter
Noticed oshЫbku Highlight text and press. Ctrl + Enter
We are
Prospects for intervention in Syria. Turks and Saudis are preparing for war or bluffing?Results of the week. “You can legally go. It is difficult to reach
79 comments
Information
Dear reader, to leave comments on the publication, you must to register.