Summary of the situation in Donetsk

February 22 2016
47
News portal Russian watch published a military summary of the situation in Donetsk, prepared by the Mag. 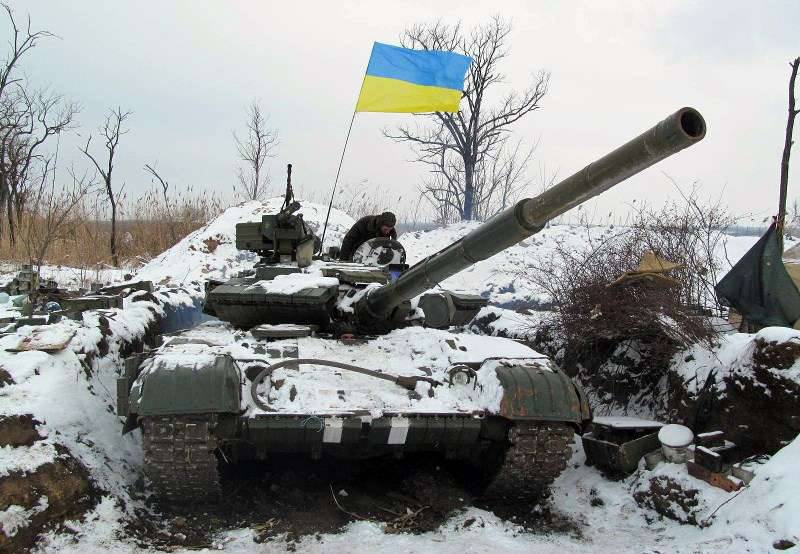 “On Saturday, there were traditional shelling, everything started as usual in 18: 00 hours, in some areas of the front in 17: 50. As everyone got used to toothache, the same suburbs of Donetsk suffered - Aleksandrovka, Trudovskiy, Staromikhaylovka, Oktyabrskiy, Spartak. At first, the rifle fired, then the 82 and 120-mm calibers, AGS, grenade launchers went into action ... It all lasted until the 21 hours. After that there was a small break and approximately from 22: 30 to 23: 30 came under fire again. Staromikhaylovka, n. Spartacus. The same situation was to the north of the settlement. Gorlovka in the area of ​​settlement Zaytsevo. And here in Donetsk and there, for 60 km, shelling always starts at the same time. Non-control battalions? Drunk apu? Very good coordination with drunken gunners ...

Also, there was information from a resident of Donetsk, as if the Ukrainian Armed Forces had moved their checkpoints to 2 km closer to Donetsk. I have a question, they, that they rearranged him behind the militia checkpoint? Now the Marinka checkpoint and the Novotroitskoe checkpoint are again temporarily open, and anyone can be sure that the way the APU was standing on its crap part of the road is right there. Between the first checkpoint of the Armed Forces of Ukraine and the first checkpoint of the BCH 1 "neutral". The only thing is that the BCH removed the "zero" roadblock located in the city in front of the bridge. Ukry frightened and immediately began to throw in information that the "separatists" are preparing an offensive. As they will not understand that he will stand or not, this does not prevent the offensive. He, like the checkpoints of the Armed Forces of Ukraine, performs a police function and, in the event of fighting, is destroyed very quickly.

This Sunday, in the morning, machine guns and anti-aircraft guns were working as usual - the militia drove the UAV UAV. I do not know the results. A couple of "bach" was every hour, people do not pay attention to it. Mummies are walking with children, grandmothers are sitting on the benches, someone in a hurry to skimp on the market quickly. In 14: 00 such loud arrivals began, it dragged on to 14: 30. Then came the information that Staromikhailovka was again under fire.

In 18: 00, as scheduled, written over the past few months by Ukrainian gunners, shelling began with mines. Approximately 30 minutes lasted shelling on the squares. Then there was a big break. In 20: 30, an exchange of gunfire began at the airport, ukry were firing machine gun fire, with the support of LNG-9, and 120-mm mortars.
And then we started having fun, and on the whole front, starting from Volnovakhi and ending with n. Zaytsevo.

21: 40 strong "bachs" can be heard to residents of the occupied Volnovakhi, they even talked about tank duels. Ukry hastily withdrew technology from the city, residents supporting dill in a panic.

21: 40 began shelling mines of the militia positions near the Equestrian Club, Petrovsky district of Donetsk.

21: 40 APU began shelling mines n. Spartak from the mine "Butovskaya".

It would seem well shelling, well, the time is the same, and what, for the first time or what? Then it became more fun, as it is not cynical sounds.

21: 40. The reconnaissance began in battle and an attempt to break through in the direction of the Yasinovat interchange from the highway to Konstantinovka. Ukropehota under cover of the shelling, as well as on other parts of the front quietly to get to the positions of the BCH protecting strategic interchange roads. By the way, in the area since the end of the summer there have been no serious battles.

21: 40. To the north of Yasinovataya, approximately in the 10-12 km, ukry began an imitation of the battle, from the position in the village Verkhnetoretsky in the direction of the position of the BCH in the settlement Red partisan.

22: 00. Fierce battles for the very Yasinovat interchange. From Avdiivka ukry infantry deal a second blow, also in the direction of the Yasinovatskoy junction. After about 10 minutes, the APU tanks connected in 40, they struck a couple of kilometers to the south, also from the direction of Old Avdiivka in the direction of the Yasinovatka junction and further along the route to Makeyevka. Tank duel ensued. For several hours, residents of Makeyevka, Yasinovataya, and Kievsky district of Donetsk heard “bahi” and heavy shooting. Then everything began to subside. On all fronts, it's a lull. Only in the long-suffering Zaitsevo in 22: ukry 50 began shelling from small arms.

There were a lot of fakes, stuffing in the PB, on Twitter, in various groups - they say, ukrov tanks are there, here, but there is a breakthrough, and Yasinovataya has entered in general. If it were in reality, the militia in Donetsk stood on the ears, and I think many would have noticed moving reserves in the direction of Yasinovataya. I think, and our art would not be silent. There were our otvetku today on all fronts, short and clear. And about the breakthroughs, I think there will be more information in the morning.

With 00: The 50 heavy battery of the APU 152-mm howitzer, began shelling from the Nevelskoye settlement at a brick factory in Staromikhaylovka. In 01: 20 shelling continues.

PS Actually the map of battles and the outcome, so that it is clear what the terrain is here.
All patience and health! "

Messages from local residents: “Gorlovka. North of the city in 01: 13 entertains artillery. Machine gun fires somewhere nearby on the 5 quarter can be heard. It is not clear what is happening. It seems not advanced. Nearby shoot. It is strange. The night today is not boring at all. Machine gun in the past. It went heavier. Donetsk From 00: 50 I hear distant "bachs". Bach and now in 01: 15. It seems the "bachs" are correct, but I could be wrong. In the occupied Svyatogorsk heating bill for January - 760 hryvnia. One bedroom dormitory. Only heating. Everyone is waiting for offensive and liberation. ” 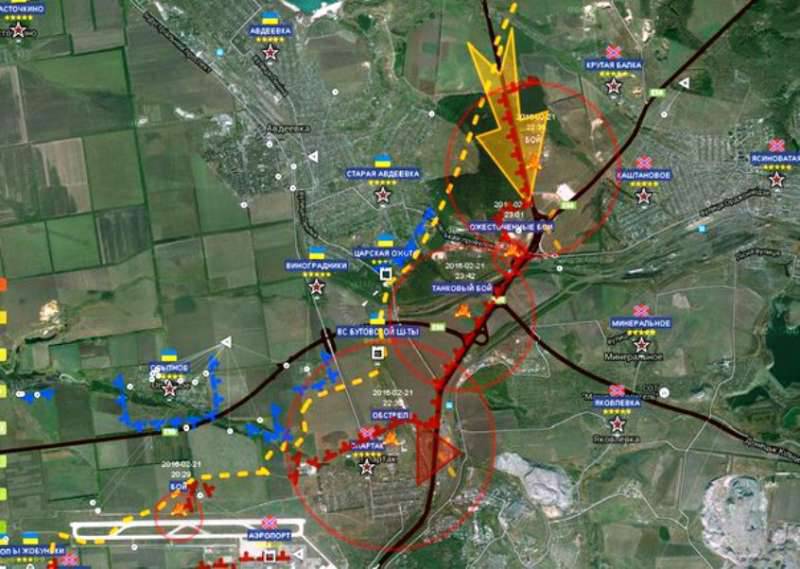