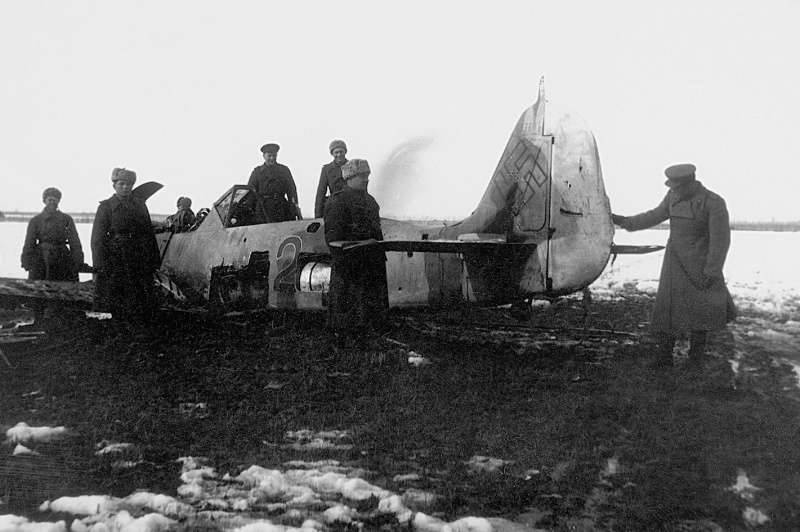 A year later, in 1936, Kurt was able to negotiate the production of the second batch (500 units) of Fw-56А-1 as a training aircraft for pilots mastering the Ju-87 dive bomber, which was one of the main tasks of the German Luftwaffe.

Among the German designers continued the race for speed. And in 1937, Kurt was able to beat the competition by presenting a completely new experimental model of the Fw-187 aircraft. The designer (this has already become a tradition) first tested the plane and, of course, was fascinated by his creation, giving him the name "Falcon" for his quick climb and excellent picking.

During the testing of the factory testing program, Captain Hans Zander, who was sent from the Luftwaffe Flight Test Center for this purpose, confirms that the new fighter surpasses the Messerschmitt counterpart in its speed and combat qualities - Bf-109B-2. "Falcon" developed speed on 35 km / h greater than Messerschmitt.

For victories followed by a series of failures. Firstly, the double Fw-187V-3 created and ready for testing in one of the flights proved to be not the best: the right engine caught fire. The pilot was barely able to reach the ground and finally ditched the plane during an emergency landing on the ground dug up by pits. The plane was written off under the net.

Secondly, Kurt had to endure the death of his famous first-born "Falcon" and his pilot Bauer, who was a very risky one and in one of the flights decided to show off and please the audience with aerobatics. Flying over the airfield, he abruptly tries to make a “dead loop”, but the plane, not reaching the top point of the loop, freezes and then collapses into a flat spin. When colliding with the ground, the plane receives almost 100-percent damage. The pilot is killed.

These accidents led to the fact that the Ministry aviation among most officials, the Messerschmitt fighter Bf-109 enjoyed unquestioned authority, and he had hopes for gaining air supremacy.

Kurt's planes were, as they say, "in the wings." But Kurt remembered his work in the company of an opponent and knew all the strengths and weaknesses of the aircraft produced by Willy Missershmitt. Kurt was able to play on the fact that Willy considered speed as the priority, and not the safety of the devices created.

In the summer of 1937, Kurt seeks reception in Berlin from the head of the Technical Department of the Ministry, General Ernst Udet. The meeting was also attended as experts by the chief engineer of the Luftwaffe, General Lakht and the Deputy Minister of Aviation, General Milch. Kurt spread out in front of them the blueprints of the draft design of the future single-engine front-line fighter, the main distinguishing feature of which was the use of a principled new engine. The radial two-row air-cooled engine became a “trick” of the new fighter and received approval from the three main persons of the Luftwaffe, who knew very well that competition between leading designers would eventually bring something completely new and unusual to their industry. So it happened. Tank also proposed such a design that, if necessary, make a quick replacement of failed parts through the use of standardized technological joints. It was also a new word in design development.

Due to Kurt's assertiveness, the initial contract for the creation of three new types of aircraft was obtained.

Kurt liked to give the names of birds to his planes. Apparently, he knew about it or was a very good hunter. And the new device, which received a bird's nickname, was no exception: the designer called it "Gray Shrike" (Wuerger). Although in Germany the red-headed shrike is found. But the designer could not call his brainchild a word causing involuntary associations with the Red Army. A distinctive feature of this bird of prey is a rather large head and extreme secrecy, lives in the most deaf places and, if hungry, pounces on its prey promptly and mercilessly tormented it. That, however, corresponded to the general view and was another main feature of Fw-190. It was this designation that was invented by officials in the German Ministry of Aviation.

The Gray Shrike created only twelve people. They carefully thought out and developed every detail taking into account the most modern requirements received from specialists of the Aerodynamic Research Institute. Therefore, the unique wing mechanization, profile, and all of the fuselage lines were created in collaboration with a number of other institutions involved in aircraft construction. 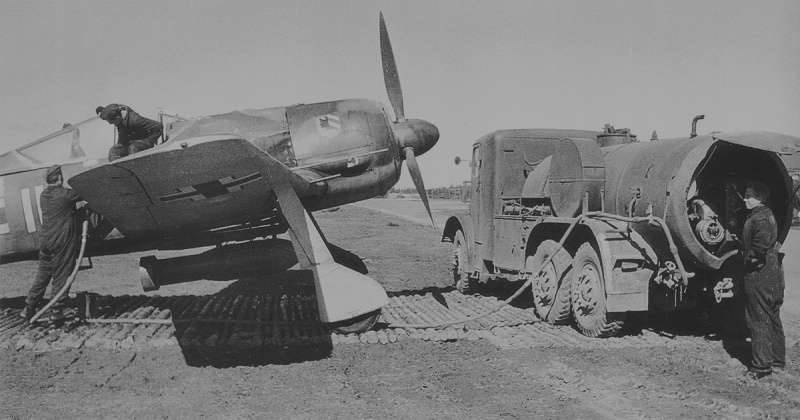 But the most difficult thing was to make in reality the engine that was only in draft designs. As soon as the first prototype of the aircraft was ready, and it rose into the sky, it turned out that there was simply a monstrous overheating of the cockpit. The tester even had to wear a gas mask. But over this problem the team under the leadership of Kurt fought long and in vain.

Over time, we managed to overcome many unpleasant moments for the designer, in particular, the main problem was solved: the motor was cooled by operating the fan with 12 blades, which was launched during takeoff and landing.

In the midst of work on a new fighter, in 1939, a delegation of Russian engineers arrived at the Kurt factory. Polikarpov and Yakovlev were able to see only Kurt’s demonstration flights on Fw-56А-1. They did not see the new fighter. But Kurt greeted the guests not only with his flights, but also with a German camp lunch: long tables were laid, each guest could spread his signature pea soup. In response, the Soviet embassy organized a large reception, where there were vodka and caviar. So it was started.

Kurt in Russia was not. And Russian designers did not like. Subsequently, Yakovlev recalled: “... of medium height, firmly-cut man with a hoarse voice, with gray hard eyes. This is a typical fascist Prussian. On his face there are scars from student duels ... Kurt Tank, on the first day of our visit to the plant, sat in the cockpit of the training aircraft and showed the class of aerobatics: well, they say, be surprised - the chief engineer and the director of the plant flies with us. After a lot of fireworks aerobatics Kurt Tank left the plane smug and smiling ... "

Each of the parties, despite the diplomatic moves, knew that sooner or later they would have to show their creations on the battlefield. And here everything depended on the talent and speed of the design bureaus, both from the Soviet side and from the German side. Everyone hurried. Everyone was preparing for war. But Kurt was still late with his designs. His fighter will appear in the Russian sky only in 1942 year.

But first, the plane will be tested in combat conditions in Belgium and France, knocking down enemy planes one by one. The British intelligence officers, having received information about the appearance of the new aircraft, began to hunt for a valuable trophy, but they could not manage to get a valuable copy until he got into their hands: the German pilot had mistakenly landed on an English aerodrome. So the British were able to easily and thoroughly study the entire internal stuffing of the aircraft. And she could not help but surprise.

“The successful engine control lever acting through the central post undoubtedly facilitated the piloting of the aircraft, providing trouble-free and economical adjustment of the engine. Of great interest was the scheme of a bonnet with an armored front ring, allowing for the placement of an oil radiator and oil tank in it, the pumping of oil from the engine directly into the oil tank.

The BMW 139 two-row radial air-cooled engine was born from the idea of ​​connecting two 9-cylinder BMW 132s, which were refined during operation on three-engine passenger junkers and four-engine “Condor” Kurt Tank. The power of the new BMW engine bribed, it was a quarter more than the best V-shaped liquid-cooled engines.

The motor has one dual magneto.

The aircraft was also distinguished by powerful armaments: two hundred kilogram bombs, MG 151 guns were mounted on the wings and in the middle - the guns of the Erlikon MGFF: a three-layer trim over the guns served as defense and fortification. Feature of the guns - synchronize them for firing through the screw. 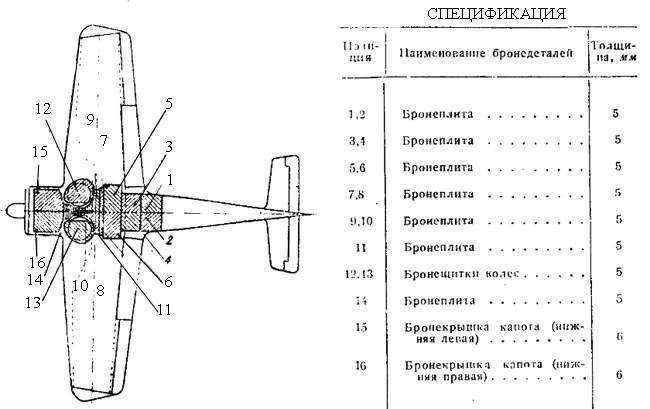 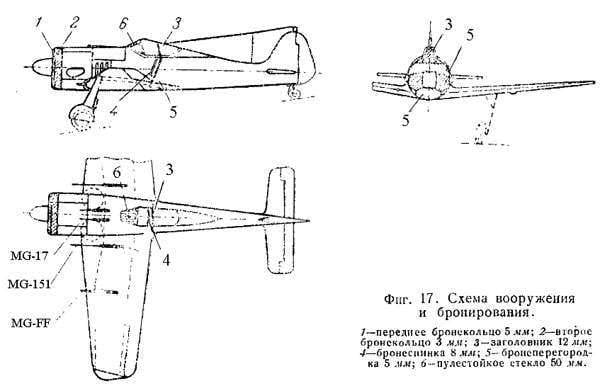 The Soviet Yaks were able to resist such an aircraft on the eastern front.

Do not think that the fascist authorities favored the aircraft designer. On the contrary, despite all the merits, Kurt could be among those punishable to the fullest extent of the law.

It is known that in 1942, Kurt Tank, despite his rank and high position, appeared before a military tribunal under the chairmanship of Hermann Goering, because he could not launch the production of the twin-engine Ta-154 night bomber. The main reason the aircraft designer could refer to and thereby save his life was the lack of appropriate raw materials and equipment, bombed by British troops.

After the end of the Second World War, according to some eyewitnesses, Kurt contacted the Soviet representatives and clarified their working conditions. But Kurt refused to cooperate and was able to go to the British zone of occupation, from where he reached Argentina with a fake passport in the name of Pedro Mattis. In the same way, even more 60 German designers and workers from his company reached the country.

They were able to agree with the Argentinean command on the continuation of work on the modification of the aircraft Ta-183, then followed the order for the development of the Pulka II fighter jet, which became the first Argentine jet aircraft. After the coup against Peron and the coming to power of the new government, which required immediate results, and when they did not follow, it was decided to buy ready-made planes in America, in 1954, Kurt stopped all work in Cordoba in Argentina and moved to India a year later. offered his knowledge. Although before emigrating to India, Kurt again tried to start anew to cooperate with the new government of Germany, but his desire to build airplanes was resolutely rejected: after the war, Germany had no right to do that. 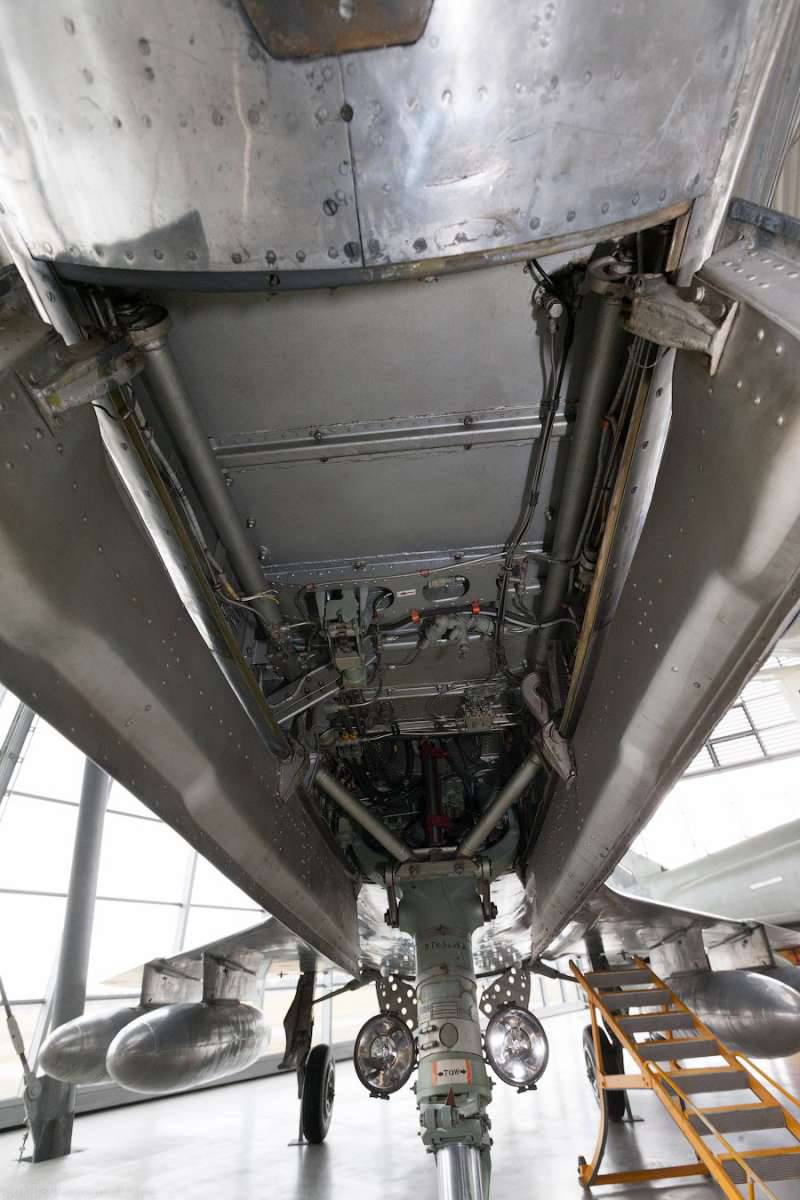 He leaves no hope to return to his homeland, in Germany. Finally, through long negotiations, he is allowed to return. This happened in the 1970 year, when he was already 72 of the year.

He lived, of course, a happy life, despite the fact that many happy lives ended under the wing of the airplanes he created. He died 6 May 1983, at the age of 85 years in Munich, under the Soviet Victory Day. Maybe this is how fate punished him ...

Ctrl Enter
Noticed oshЫbku Highlight text and press. Ctrl + Enter
We are
Achtung! Achtung! In the air La XnumxMysteries of Viti Suvorov. Winged Jackal Saga
70 comments
Information
Dear reader, to leave comments on the publication, you must to register.