Media: in the Crimea began the reconstruction of the airfield for UAVs and helicopters

February 21 2016
123
Aviation In two years, the Black Sea Fleet and the Southern District will be able to use a military airfield at Cape Khersones in Sevastopol, the restoration work of which has already begun, reports RIA News. 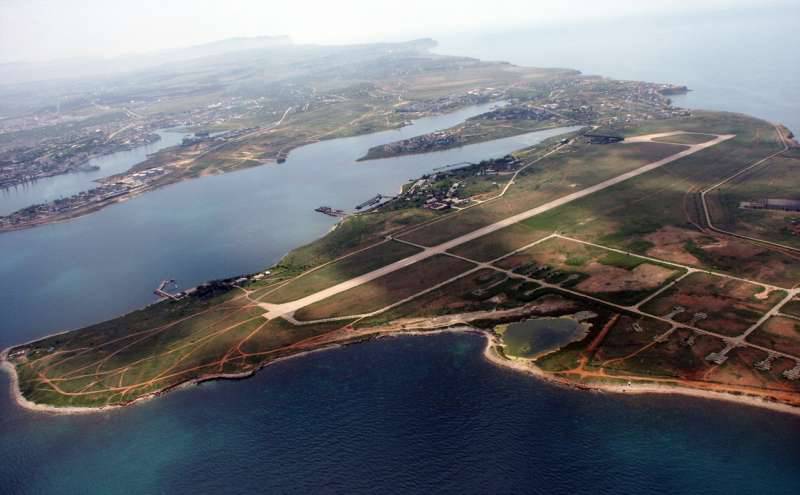 The airfield located in Chersonesos was used by transport aircraft until 1992. After the partition of the Black Sea fleet Russia has lost the right to improve its infrastructure in any way. For 20 years, being in conservation, the airfield has faded. It was used mainly for training for parades.

“At Cape Chersonese in Sevastopol, construction of a military camp is underway. The works are designed for several years and imply the creation of a full-fledged aerodrome infrastructure, ”said a source in the city government.

According to him, "the program of reconstruction of the airfield was adopted after the annexation of the Crimea to the Russian Federation."

“Fighters and attack aircraft on the Chersonese base does not make sense - there is the Belbek air base - priority will be given to helicopters and UAVs (UAVs). Residential buildings and other infrastructure will be built to complete the work of the airfield, ”the source said.

Black Sea Fleet Commander Alexander Vitko did not confirm this information, but did not deny it either. “This question is not for general discussion,” he told the agency.

At the same time, writes RIA "News", The correspondent" personally became convinced that large-scale construction work was going on at Cape Chersonesos, the territory was fenced, and special construction equipment was working. "

Ctrl Enter
Noticed oshЫbku Highlight text and press. Ctrl + Enter
We are
Innovation Day of the Southern Military District: Pictures from the ExhibitionReconstruction of the aircraft Fw190A-5
123 comments
Information
Dear reader, to leave comments on the publication, you must to register.