France is increasing the grouping of aircraft in the UAE and Jordan to carry out the tasks of combating terrorism.

February 19 2016
45
France began to increase the group of its aircraft, based in the UAE and Jordan for combat missions to Iraq and Syria, reports TASS the message of the representative of the French military department Gilles Zharon 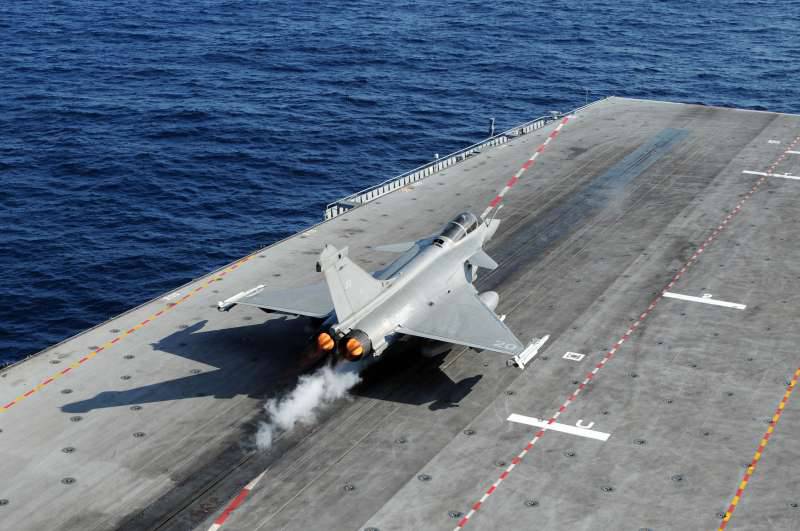 According to Zharon, this is done in order to “compensate in the future the loss of the combat potential of the French Air Force in the region”, which will inevitably occur after the departure of the aircraft carrier from the Persian Gulf in March. “In order to maintain substantial military capabilities for the long term, we are increasing the number of aircraft, because at some point Charles de Gaulle will have to leave this area,” he added.

According to Jaron, "two Mirage 2000 aircraft that were on the French airbase in the capital of Niger Niamey were transferred to Jordan as early as Thursday, other replenishment of the French Air Force at bases in Jordan and the UAE are expected in the coming days and weeks",

TASS Help: “The aircraft carrier Charles de Gaulle carries an air group of 40 aircraft, including 12 multi-purpose carrier-based fighter jets Rafale M and 8 carrier-based attack aircraft Super-Etendard. Its use in the area of ​​IG allowed France almost threefold to strengthen the capabilities of its air group. ”

Ctrl Enter
Noticed oshЫbku Highlight text and press. Ctrl + Enter
We are
"Charles de Gaulle" goes to war againAircraft carriers "Harry Truman", "Charles de Gaulle" and "Cavour" in the Gulf of Oman
45 comments
Information
Dear reader, to leave comments on the publication, you must to register.