February 20 2016
19
The cooperation of the states participating in the Collective Security Treaty Organization (CSTO) continues. One of the main directions of such cooperation is the development of the Collective Rapid Reaction Force (CRRF), which, if necessary, should solve a wide range of tasks and ensure the protection of the CSTO states. Not so long ago, another event aimed at increasing the efficiency of the CORF took place. In the near future are expected new important events.


Last Wednesday 17 February in Smolensk, a regular event aimed at improving the combat capability of the CSTO CSTO RRF took place. Specialists of the Organization countries arrived in Russia to participate in the International Scientific and Practical Conference on the Organization of Air Defense of the Collective Rapid Reaction Forces. More than 250 people from all CSTO countries were invited to the conference. In addition to the military, the event was attended by representatives of the defense industry, namely enterprises engaged in the creation and production of new air defense systems. Representatives of the CSTO member states discussed a number of important issues related to the joint implementation of air defense and the protection of their countries. Some conclusions were made and the main directions of further development of the air defense system of the CORF were determined.

According to the results of the conference, the head of the air defense forces of the Russian land forces, Lieutenant General Alexander Leonov, said that a number of factors were identified during the event that should and now have a great influence on the development of the theory and practice of the use of air defense in joint operations of the CSTO CSTO. The development of air defense is influenced by a constant increase in the value of air attack weapons, including small ones, and the widespread use of unmanned aviation technique, false goals, etc. 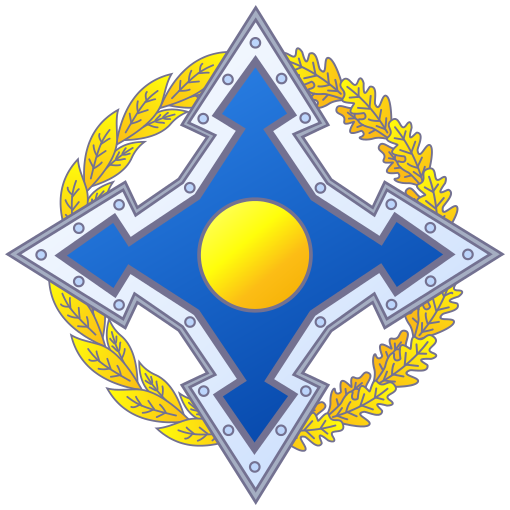 During the conference, the warlords drew some not entirely pleasant conclusions. Thus, approaches to the organization of the work of reconnaissance of air targets and anti-aircraft cover are not fully recognized as meeting the requirements of time. Thus, these elements of air defense need to be developed and updated in accordance with the requirements of the present time and the expected further development of the armed forces.

A. Leonov believes that the main efforts to improve the air defense system of the CSTO CSTO RRF should be focused on creating new efficient intelligence and information support and management systems. In addition, joint operational and combat training of air defense units participating in the Collective Rapid Reaction Forces should be improved. Such conclusions were reached by the participants of the conference on the results of the discussion of topical issues.

In addition to theoretical issues, the leadership of the CORF is engaged in practice. In the very near future, regular joint exercises of the Collective Forces units from several countries should be held. At the moment, preparations are underway for these events. The ground for the next joint exercises will be the Khatlon garrison polygons (Gorny Badakhshan, Tajikistan). The aim of the maneuvers is to work out the interaction of the power and civil structures of Tajikistan and the garrison of the 201 military base of the Russian armed forces.

According to available data, about 50 thousand servicemen and reservists from Tajikistan will take part in the new exercises. Armored vehicles, artillery and aircraft will be involved. The number and composition of the exercise participants on the Russian side have not yet been approved. This question is currently at the stage of coordination by the military departments of the two countries. Acting jointly, the units of the two countries will work to combat conditional terrorists in the foothills of the Eastern Pamirs. In addition, it is planned to mobilize reservists and work out some other issues of defense organization.

The press service of the Central Military District of the Armed Forces of Russia reports that one of the main tasks of the next exercises is the organization of a unified communications and control system, uniting the divisions of the two countries. The fulfillment of this task will make it possible to increase the efficiency of interaction between the two armies.

According to Krasnaya Zvezda, the Russian military personnel of the 201 base has already begun preparing for the exercises. Thus, the crews of transport and combat helicopters Mi-8MTV began reconnaissance of the areas in which the exercises will take place. The data collected during reconnaissance flights will be actively used in future maneuvers. In particular, it is reported about plans to land a parachute assault in some mountainous areas.

New joint Russian-Tajik exercises in the framework of the CORF should be held in early March. In the very near future, the armed forces of the two states will finish training and begin to solve combat-training tasks. It is noteworthy that this will not be the last training event in Central Asia. 18 April in the same place, in the Khatlon region of Tajikistan, should start new exercises in the framework of the CSTO CRRF. Representatives of all CSTO countries will take part in these maneuvers. More 800 servicemen from reconnaissance groups will receive new missions and will perform them in the mountains.

Cooperation within the framework of the Collective Security Treaty Organization led to the emergence of a Collective Rapid Reaction Force, which included several units from six states. It is assumed that in the event of a threat arising in one direction or another, the RRF units will advance to the specified area and accomplish the combat missions assigned. In order to increase the combat capability of the CORF, exercises, conferences and other events are regularly held.

During the exercises of recent years, the divisions of the CRRF have been able to learn how to work together effectively and how to complete the assigned tasks. However, until now, the Collective Forces have not got rid of some problems that may interfere with full-fledged training and combat work. For various reasons, the shortcomings have not yet been eliminated, and it is planned to get rid of them from the time of the organization of the CORF.

One of the most serious problems in this context is the still uncompleted unification of armaments and military equipment of the units engaged in the CORF. Being the largest and most developed country in the CSTO, Russia, unlike other countries of the Organization, has its own full-fledged defense industry, which allows it to modernize its armed forces. As a result, the Russian units have already received or are receiving the modern material part, while the foreign ones have to use outdated systems.

For example, the 31-I Guards Airborne Assault Brigade of the Russian Airborne Forces, part of the KSOR, was transferred to the new armored personnel carriers BTR-2014 as early as 82. At the same time, the Belarusian 103 mobile brigade still operates outdated BTR-70. Similarly, the situation is with other samples of the material part. Such a situation does not make joint work impossible, but can seriously complicate it. Due to objective reasons, a quick solution of this problem in all Collective Forces is not possible.

Also there are some problems of an organizational nature that can impede the full-fledged combat work of the RRF units at different stages of solving tasks. Apparently, the existing structure of communications and management needs to be improved, which will make it possible to make a truly powerful structure out of the Collective Rapid Reaction Forces, able to quickly and efficiently resolve existing issues.

The leadership of the CSTO and the countries participating in this organization understands the existing problems and tries to take appropriate measures. To improve the systems that need to be modernized, scientific and practical measures are being taken, and the methods of updating found are further tested during the exercise. All this allows to improve the RRF and increase their combat readiness. Conducting new scientific and educational activities should lead to relevant results and ensure the security of several states in the region.

Ctrl Enter
Noticed oshЫbku Highlight text and press. Ctrl + Enter
We are
Sudden verification of the readiness of the CSTO CSTOFrom 15 to 19 September, an active phase of the CSTO CSTO exercise will take place in Armenia
19 comments
Information
Dear reader, to leave comments on the publication, you must to register.