In the Russian Federation, the unmanned tiltrotor made its first flight

February 18 2016
88
Developed by the holding company "Helicopters of Russia" tiltrotor passed the next stage of testing, first rising into the air, reports press office holding. 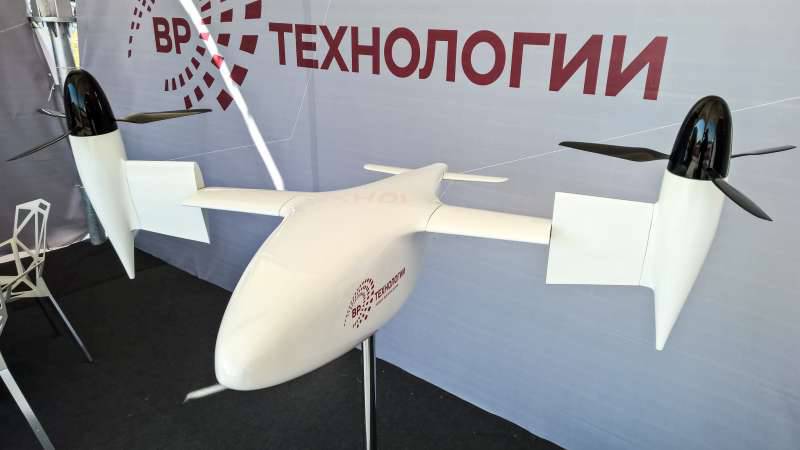 “The unmanned tiltrotor unparalleled successfully passed the next stage of testing, having completed its first flight. The creator of the device was the innovative design bureau "BP-technology" holding "Russian Helicopters". Interest in the unique development is shown by companies in the oil and gas sector and various departments, ”the release says.

The project is implemented in the framework of the program "Speed". The tests were conducted on the basis of the Skolkovo Innovation Center.

“Work on creating a unique machine began in 2015 year. During this time we have achieved significant results and have already begun the first stage of flight tests, ”the press service of the BP-technology general director Alexander Okhonko quotes.

Many potential customers are already ready to sign a contract for the purchase of this unique machine.

“It is worth noting that a number of potential customers are already ready to acquire this unmanned complex for tasks related to monitoring and environmental protection in places where take-off from the runway is impossible. The complex can monitor smoke in forests and dense urban development, carry out aerial photography, monitor oil and gas facilities, and deliver medicines to remote areas, ”the message said.

Help "BP": “Convertible is a special class of rotary-winged technology, which has a number of advantages compared to traditional aircraft, made by plane or helicopter scheme. The convertoplanes make it possible to carry out a vertical take-off and landing on space-limited sites and at the same time transport passengers or cargo at a greater speed and a greater distance than traditional helicopter technology. ”

Ctrl Enter
Noticed oshЫbku Highlight text and press. Ctrl + Enter
We are
The action “Military service under the contract is your choice!” In Rostov-on-Don: future contract servicemen, exhibitions and “Russian Knights”
88 comments
Information
Dear reader, to leave comments on the publication, you must to register.