February 19 2016
80
Literally every year we hear that the Ministry of Education and Science is preparing (or even “already prepared”) a project for the patriotic education of the youth of Russia. However, when deepening into this question in practice, it often turns out that the draft program is one thing, and the program in practice is another. Yes, and the very "patriotic education" poured into frankly strange forms. As part of the program, teachers were given a distribution list on the need for some kind of half-through class hour - if only a tick appeared in the report opposite the corresponding position. As a result, there are reports, there are ticks too, but there is no patriotic education, there are problems with it again.


And how can it be without problems if it turns out that the same persons who in 90 were stating that patriotism in Russia is a “Soviet remnant” are trying to apply to the program of patriotic education, and that being a patriot of their homeland is simply ridiculous. The main thesis “we need a market that will put everything on the shelves” was quickly realized, and therefore a considerable percentage of modern young people prefer consumer impulses to patriotic impulses - this is when all thoughts about the next smartphone and when the smartphone itself becomes a substitute for one’s own brain. Why think and think when there is this: “Okay, Google ...”

Now the Ministry of Defense decided to join the cause of patriotic education. For obvious reasons, many representatives of the ultra-liberal segment of Russian society are annoying. The fact is that the terms “ultra-liberal segment” and “patriotism” are not compatible concepts at all, and when an agency takes over the business, which has been doing a lot lately, then adherents of the total market start to gnaw their fists, realizing that full restoration of patriotic identity among the youth of the country, this is the simultaneous collapse of the same ultra-liberal ideals. Indeed, it is one thing when graduate students of the Higher School of Economics prepare “patriotic” programs here - there is nothing to fear for liberals and other dissenters because patriotism does not go beyond the limits of the mentioned checkboxes in the reports. Another thing is when patriotic education can turn out to be truly patriotic, and even with a clear bias towards deepening the knowledge of young people about Russian stories and its heroic landmarks. And if a patriotic component can also appear in patriotic upbringing, then the liberal howl that has already become customary in the style of “making children of the soldiers of the regime” enters into an active phase.

So, the Ministry of Defense declares its readiness to join the implementation of the state program “Patriotic education of citizens of Russia” (as you can see, this is not only about youth). The plans of the main defense department of the country - the investment of more than 175 million rubles to 2020 year. The direction of spending these funds should be as follows: educating modern youth by the structures of the Ministry of Defense, publishing special literature, holding sports, music, literary forums, celebrating dates related to the victories of the Russian (Soviet) army, honoring veterans, participation of young people in watches of memory, search works.

One of the most important segments of the implementation of such a program is the use of Internet technologies. The Ministry of Defense plans to create and maintain already existing patriotic projects, including projects on social networks, which (social networks) today are really very popular among millions of Russians, and not only among youth representatives.

It is noteworthy that of the mentioned 175 million rubles, which the main military department plans to spend on participation in the program of patriotic education, the budgetary contribution will be about 105-107 million rubles. The remaining funds will come from various extra-budgetary funds aimed at the implementation of educational and educational projects through the Ministry of Defense of the Russian Federation. 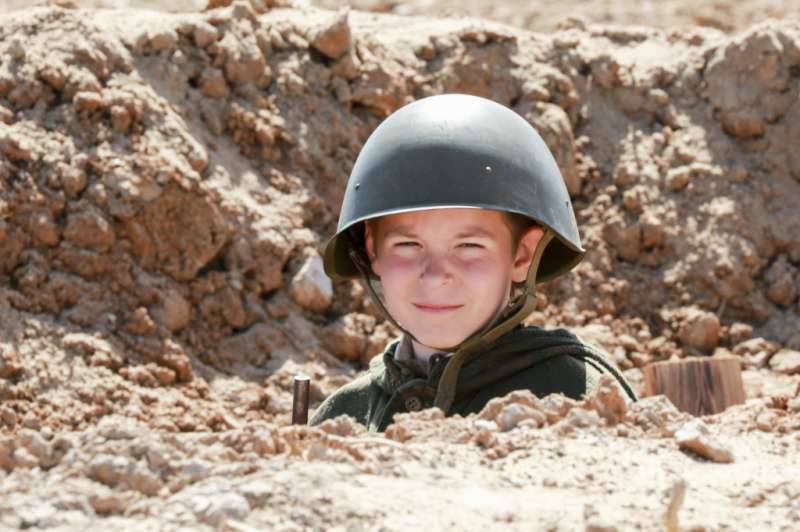 In the newspaper "News" material came out that the Russian defense department was tasked with supporting publishing activities related to patriotic education. So, it is planned to finance a large project to publish a whole series of fiction and educational literature. Separate books in this series will be devoted to outstanding domestic weapons designers, including Mikhail Kalashnikov. Books with biographies of Soviet commanders will be published and reprinted, including Konstantin Rokossovsky, Ivan Baghramyan, and others. A separate series will be devoted to the history of the Brusilovsky breakthrough, the victory over Kaiser Germany, and the military operations of Soviet troops in Afghanistan.

The plans of the Ministry of Defense - the organization of celebrations in honor of the anniversary of the types and types of troops, as well as individual units of the Ministry of Defense. Numerous excursions to places of military glory will be organized for schoolchildren, the opportunity to visit military units, where students can get acquainted with the life of the military of the modern Russian army. This will increase the level of awareness of service and, at the same time, instill interest in the future conscription, assessing its potential as the potential of the future defender of the Motherland. 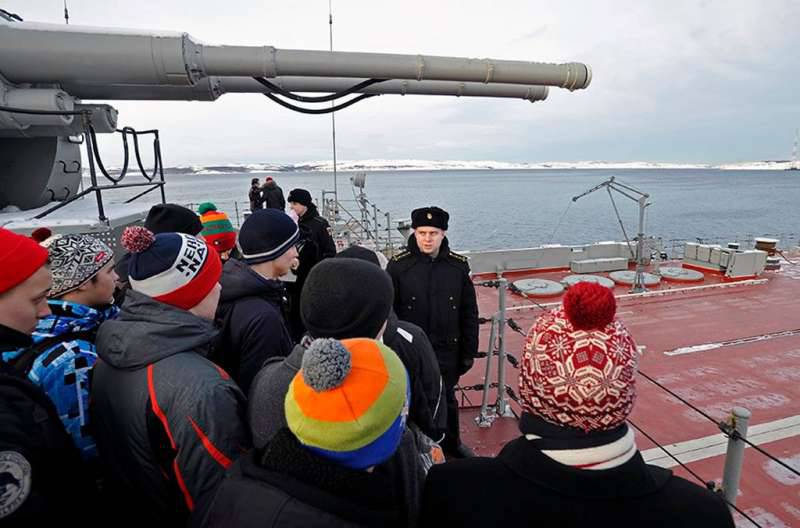 Frankly, I want to count on the fact that the program of patriotic education will become systemic, will be fully implemented and will be able to really move away from the “ticked” system, in which there is neither a goal, nor a result, nor, ultimately, responsible ones. Hope is supported by the fact that the Ministry of Defense of the Russian Federation has experience and enough projects that were really implemented with high efficiency. If only the project did not fall into the hands of "effective managers" ...

Ctrl Enter
Noticed oshЫbku Highlight text and press. Ctrl + Enter
We are
Is there a solution to the problem of patriotic education of young people? Private initiativesResults of the week. “To sell something unnecessary, you must first buy something unnecessary, but we have no money!”
80 comments
Information
Dear reader, to leave comments on the publication, you must to register.