February 18 2016
42
The Canadian Air Force stopped striking in Iraq and Syria against the objects of the “Islamic State”, reports RIA News message of the Ministry of Defense of Canada. 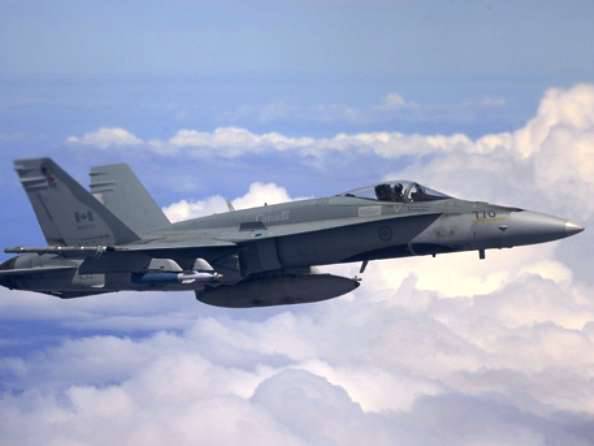 It is noted that "six aircraft of the Canadian Air Force, which participated in the airstrikes, will gradually leave the region in the next few weeks."

At the same time, the Canadian Defense Ministry will continue to "support the air operations of the international coalition by conducting aerial reconnaissance, observation missions and in-flight refueling."

Canadian Prime Minister Justin Trudeau said last week that the country's air force would stop combat sorties no later than February 22. However, he noted that "Canada will increase the number of troops involved in the training of the Iraqi armed forces."

Now on the territory of Iraq are about 600 Canadian military involved in training Kurds.

Ctrl Enter
Noticed oshЫbku Highlight text and press. Ctrl + Enter
We are
Canadian Prime Minister announced the exact date of termination of participation of Canadian Air Force aircraft in the aviation (American) coalition in Syria and Iraq
42 comments
Information
Dear reader, to leave comments on the publication, you must to register.